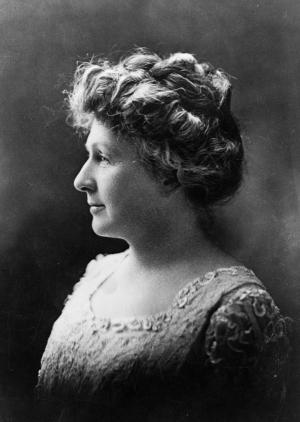 Known as the “census taker of the sky,” Annie Jump Cannon was a brilliant astronomer that revolutionized the way scientists classify stars. Not only did she develop the important Harvard spectral system, she also classified about 350,000 stars manually. She became the first woman to receive a Doctor of Astronomy degree from Groningen University, the first woman ever to receive an honorary degree from Oxford University, and in 1931 she became the first woman to be awarded the Henry Draper Medal of honor from the National Academy of Sciences.

Annie Jump Cannon was born on December 11, 1863 in Dover, Delaware. The first daughter of Wilson Lee Cannon and Mary Elizabeth Jump, Annie Cannon was inspired by her mother to pursue science. Jump would often open the trapdoor to the roof so they could watch the stars in the small observatory they built together. Although Cannon suffered from hearing loss at a very young age, she continued to excel in her studies. When it was time for Cannon to attend college, her mother encouraged her to study science and math. Cannon took her mother’s advice and enrolled at Wellesley College to study physics and astronomy. While at Wellesley she had the privilege to study under a pioneer in the field, Sarah Frances Whiting. Cannon would later write Whiting’s biography for the Popular Astronomy journal. In 1884, Cannon graduated from Wellesley as the valedictorian of her class. However, after graduation she returned home to Delaware and focused more on photography. Cannon often took pictures of her travels, and in 1893 her published book of photography was used as a souvenir for the Chicago World Fair.

After the death of her mother in 1894, Cannon returned to science. She went back to Wellesley College and began working as a junior physics teacher while taking graduate classes. Cannon also decided to enroll as a “special student” at Radcliffe College to study astronomy. Radcliffe was the women’s college connected to the all-male Harvard College. Two years into her tenure at Radcliffe, Cannon was hired to work at the Harvard College Observatory under Edward Pickering. In 1896, Cannon participated in the first X-ray experiments in the country. In addition, she became a part of a group of women at the observatory called “computers,” that would catalogue and classify various stars. Under the direction of Pickering, the women worked to complete the Henry Draper Catalogue of stars by classifying all of the stars in the sky. Unfortunately, these women were underpaid, and earned as little as 50 cents an hour. However, Cannon did not let this stop her from making major scientific discoveries. Prior to receiving her master’s degree from Wellesley College 1907, Cannon had already published her first catalog of stars in 1901. She developed a new system to classify stars mainly based on temperature. Known as the Harvard spectral classification system, Cannon’s sequence is still studied by astronomers today. By using the mnemonic device “Oh! Be A Fine Girl — Kiss Me!” (OBAFGKM), astronomers are able to organize stars according to their characteristics.

Cannon’s remarkable work did not stop there. In 1911, she was appointed as the Curator of Observational Photographs at Harvard’s observatory. She was known for her speed at classifying stars and was credited with classifying 5,000 stars per month from 1911 to 1915. She continued on to catalogue about 350,000 stars over her lifetime. In 1921, Cannon became the first woman to receive a Doctor of Astronomy Degree from Groningen University. A year later, the International Astronomical Union adopted Cannon’s method as the official spectral classification system. In addition to her scientific work, Cannon also worked for women’s rights. She was dedicated to fighting for women’s suffrage and was a member of the National Women’s Party. In 1923, Cannon was voted one of the 12 greatest living women in America by the National League of Women Voters. Shortly after, she became the first woman to receive an honorary degree from Oxford University and the first woman to be awarded the Henry Draper Medal of honor from the National Academy of Sciences. After decades of hard work, Cannon was finally appointed a permanent faculty position at the Harvard College Observatory in 1938. Although she officially retired two years later, Cannon worked in the observatory all the way up until her death in 1941.

Annie Jump Cannon died in April of 1941 in Cambridge, Massachusetts. She was seventy-seven years old. 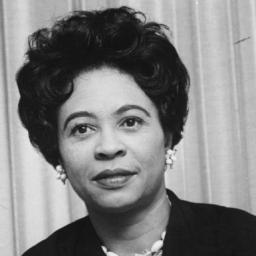