How have women used their power to create change? Explore the stories of women throughout U.S. history that have fought for their rights and changed their communities. Participants will learn more about women’s history through an interactive virtual experience with expert museum educators.

Looking to schedule a talk for an adult audiences? Click here! 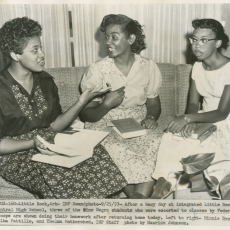 In the 20th century, African American women formed the backbone of the modern Civil Rights Movement. This program explores women’s critical roles in the Montgomery Bus Boycott, Little Rock’s Central High School integration, and the women behind the scenes of the 1963 March on Washington for Jobs and Freedom. 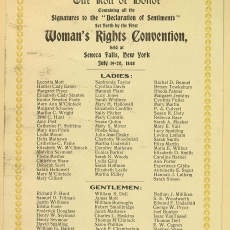 The Beginnings of the Women’s Suffrage Movement 1776-1872

The fight for women’s right to vote goes back to the founding of the United States of America. This program will explore the early factors in the suffrage movement including key women such as Abigail Adams, Elizabeth Cady Stanton, Sojourner Truth, and Susan B. Anthony. Learn about the early women's rights movement in the United States and the legislation that was put in place to halt the movement. 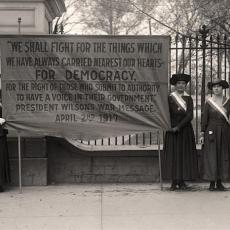 By the early 20th century, women were fighting nation-wide for the right to vote. A group of women, adopting radical tactics from their British counterparts, brought their protests to Washington, DC and to the very door of the White House. Learn how Alice Paul, Lucy Burns, and the National American Woman Suffrage Association (NAWSA) drew public attention to their cause and were an example of public protest in the United States. 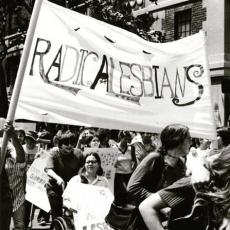 The Second Wave of Feminism and Lesbian Feminists

This program explores lesbian feminist movements and their relationships to the larger women’s rights movement during the second wave of feminism. During this program, participants will explore two feminist lesbian organizations, the Radicalesbians and the Combahee River Collective, using primary sources and examination of their statements during the 1970s.

Questions before you register? Email us at [email protected]

Register for a Virtual Field Trip