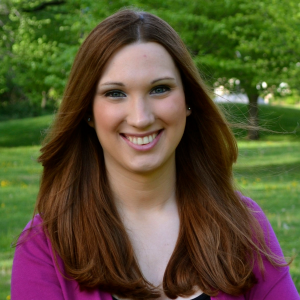 The first openly transgender person elected to a state senate in the United States, Sarah McBride won a seat in the Delaware Senate on November 3, 2020. She was also the first openly transgender person to address a major party convention when she spoke at the 2016 Democratic National Convention. McBride was instrumental in lobbying the Delaware state legislature in 2013 to pass a law that prohibited discrimination based on gender identity.

Sarah McBride was born on August 9, 1990 to Sally and David McBride in Wilmington, Delaware, where she grew up. Interested in politics and government from a young age, McBride first volunteered on a campaign when she was 14. McBride led the Delaware chapter of Young Democrats by the age of 17. In 2008, McBride worked on Jack Markell’s successful campaign for governor. In 2010, McBride served as Beau Biden’s “body man” (driver and aide) when he ran for Delaware attorney general.

In 2011, McBride ran for student body president at American University in Washington, D.C. At the time presenting as a cisgender, heterosexual man, McBride ran an elaborate and successful campaign, in preparation for a future career in politics. But the feeling of watching her life pass her by while she hid her authentic identity led McBride to the conclusion that she needed to live in a way that was true to herself. She came out to her family at Christmas 2011 and confided in close friends throughout the school year. At the end of her term as student body president in 2012, McBride published an editorial in the student newspaper announcing that she was transgender. She wrote of her longtime knowledge that she identified as a woman and wrestling with the feeling that her identity was incompatible with a political career. She thanked her family and friends for their acceptance and concluded the editorial: “I now know that my dreams and my identity are only mutually exclusive if I don’t try.” Just a few months later, McBride began an internship at the White House where she was the first openly transgender woman to work there in any role.

McBride wanted to return to Delaware after graduating from American University, but she knew the state did not offer protections for discrimination based on gender identity. That meant a transgender person could be fired, denied housing, or refused service at a restaurant and would have no recourse available to them. So, McBride reached out to her friend, Governor of Delaware Jack Markell, to propose a law to change that. Governor Markell was on board and McBride lobbied the Delaware state legislature in support of the legislation throughout her senior year at American. McBride frequently met with legislators to advocate for the bill. She also testified on its behalf, sharing her personal story in the face of hostility and even outright threats from the bill’s opponents. The bill passed the legislature by a slim margin and Gov. Markell signed it into law in June 2013. McBride and others who fought for the bill later received the Order of the First State, the highest honor the Governor of Delaware can award.

In June 2012, McBride met attorney and LGBTQ health policy advocate Andrew Cray, a transgender man, at a White House reception. The two began a relationship a few months later and soon also became colleagues when McBride took a position at the Center for American Progress, a nonpartisan, progressive policy institute. In the fall of 2013, Cray was diagnosed with oral cancer and began undergoing treatment while McBride cared for him. The following summer, as Cray’s cancer spread and he grew increasingly weak, the two married. Cray passed away five days after their wedding. McBride returned to her advocacy work with an even greater sense of urgency. She was angry that prejudice and social pressure prevented Cray from living more of his life as his true self and she was determined that others not feel the need to hide their identities.

McBride went on to work as national press secretary for Human Rights Campaign, the nation’s largest LGBTQ civil rights organization. In April 2016, McBride gave a TED Talk entitled, “Gender assigned to us at birth should not dictate who we are.” In July 2016, she became the first openly transgender person to address a national party convention. At the Democratic Party’s convention in Philadelphia, McBride spoke proudly of her late husband’s advocacy efforts on behalf of healthcare for LGBTQ Americans and voiced her support for presidential candidate Hillary Clinton. McBride also continued to work on issues in Delaware, lobbying state leaders to expand Medicaid and to pass legislation to protect at-risk youth from child abuse. In 2017, amidst the #MeToo movement, McBride spoke out about her experience as a survivor of sexual assault, telling of the additional challenges transgender individuals face with regard to sexual violence. In 2018, she published the book Tomorrow Will Be Different: Love, Loss, and the Fight for Trans Equality. It describes her experiences advocating for LGBTQ equality as well as the story of her relationship with Cray. It also includes a foreword by President Joe Biden.

In 2020, McBride ran for a seat in the Delaware state senate, representing a district that runs from northern Wilmington to the Pennsylvania border. When she won that election on November 3, 2020, McBride became the first openly transgender person elected to an upper house of a state legislature. McBride stated of her victory: “It is my hope that a young LGBTQ kid here in Delaware or really anywhere in this country can look at the results and know that our democracy is big enough for them, too.”

Eilperin, Juliet. “Who is Sarah McBride? A transgender activist who broke barriers at the White House.” The Washington Post. July 28, 2016. Accessed December 9, 2020. https://www.washingtonpost.com/news/the-fix/wp/2016/07/28/who-is-sarah-mcbride-a-transgender-activist-who-broke-barriers-at-the-white-house/

How to Cite this Page:

McBride, Sarah. “Gender assigned to us at birth should not dictate who we are.” TEDxMidAtlanticSalon. April 8, 2016. https://www.youtube.com/watch?v=Kw5vyJ30djM

McBride, Sarah. “Why I'm Not Staying Silent About Being A Trans Woman Who Was Sexually Assaulted.” Buzzfeed. October 20, 2017. https://www.buzzfeed.com/sarahemcbride/why-its-so-hard-for-trans-women-to-talk-about-sexual-assault