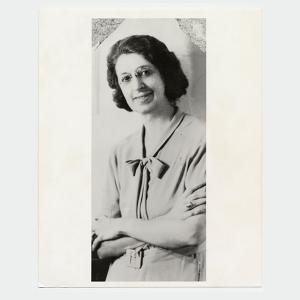 Marjory Stoneman Douglas, the “Guardian of the Glades,” led the charge to protect the Everglades and reveal their rich natural heritage to the rest of the world. A talented author and dedicated environmentalist, Douglas shined a spotlight on an American ecological treasure.

Marjory Stoneman Douglas was born on April 7, 1890 in Minneapolis, Minnesota to Florence Lillian Trefethen Stoneman, a concert violinist, and Frank Bryant Stoneman, a judge and newspaper editor. When Douglas was six years old, her parents separated and she moved with her mother to Taunton, Massachusetts. She graduated from high school in 1908 and went on to Wellesley College, where she studied English literature. She excelled academically at Wellesley and was elected Class Orator upon her 1912 graduation.

After college and while living in Newark, New Jersey, Douglas met newspaperman Kenneth Douglas and the two married a few months later. However, Douglas soon left her husband, as he was forging bank drafts in her name and drinking to excess. In 1915 she moved to Miami to reunite with her father, who in 1908 had founded the Miami News Record (renamed the Miami Herald in 1910). Douglas began working for the Herald as a society reporter and editor.

When the United States entered World War I in 1917, Douglas enlisted in the Naval Reserve, the first woman in Florida to do so. She became a yeoman first class and was stationed in Miami. She left the Navy the following year and joined the American Red Cross, serving in Europe. Douglas then returned to Miami, working again at the Herald, now as an assistant editor. Some of her editorials concerned the consequences of Florida’s rapid commercial development, a preview of her later work to protect Florida’s natural resources. She made her support for women’s equality and civil rights known as well, views she held since her years at Wellesley. It was during this time that Douglas obtained a divorce from her husband, though she continued to use the surname Douglas.

Douglas resigned from the Herald in 1923 after being diagnosed with nervous fatigue. She turned to freelance writing to support herself, mainly authoring short stories. Her pieces appeared in publications like The Saturday Evening Post, Collier’s, and Woman’s Home Companion. In 1928, Douglas came in second place for the prestigious O. Henry Memorial Prize for short stories. Douglas also taught at the University of Miami from 1925-1929 and served on the editorial board of the University of Miami Press.

In awe of the beauty and wildlife of the nearby Everglades, Douglas was an early supporter of the initiative to designate the area as a national park and served on the park's committee. Congress designated the park in 1934 but it took more than a decade to secure the necessary funding and land rights. In 1942, author Hervey Allen asked her to contribute to his book series on the rivers of America. Assigned the Miami River, Douglas asked if she could write about the Everglades instead. Allen agreed and after five years of research and writing, Douglas published Everglades: River of Grass in 1947. That same year, The Everglades National Park opened.

Douglas began River of Grass with a simple yet powerful statement: “There are no other Everglades in the world.'' Written in a style that skillfully blended science, local history, and evocative imagery, the book quickly became a best-seller and transformed the public’s perception of the Everglades. Most had thought the wetlands worthless, only suitable for draining and conversion for farming and housing. River of Grass highlighted the unique wildlife of the Everglades, an area home to ibises, spoonbills, manatees, saltwater crocodiles, and freshwater alligators, among many others. It also publicized the ways in which the Everglades were under threat: the construction of dams and canals as well as other efforts to drain the wetlands would destroy the ecosystem and the diverse wildlife it supported. Douglas closed the book with a call for the public to defend the valuable natural heritage of the region.

Douglas continued to fight for the Everglades after River of Grass. In the 1950s, she criticized the Army Corps of Engineers' many flood-control measures. They were designed to protect newly-developed land, but they led to shrinking the water levels that disrupted the natural cycles of precipitation and evaporation in the wetlands. In the late 1960s, plans to build a jetport close the Everglades posed a significant threat to the region. In 1969, at the age of 79, Douglas helped establish the Friends of the Everglades and served as its first president. Already suffering from the failing vision that would soon leave her blind, she traveled across Florida speaking out against the jetport. Douglas prevailed and in 1970 the state decided to build the jetport elsewhere.

In addition to her environmental activism, Douglas continued her work as a writer. Her first novel, Road to the Sun, came out in 1951. She went on to publish eight other books, culminating in her 1987 autobiography, Voice of the River.

Douglas's efforts to preserve the Everglades did not go unrecognized. In 1975 and 1976, the Florida Audobon Society and Florida Wildlife Federation, respectively, named Douglas Conservationist of the Year. In 1977, she received a Wellesley College Alumnae Achievement Award. In 1989, she was named honorary vice president of the Sierra Club. Congress passed the Marjory Stoneman Douglas Everglades Protection Act in 1991, which funded water treatment facilities in the area. True to character, however, Douglas later criticized the law as ineffective. And in 1993, President Bill Clinton awarded Douglas the Presidential Medal of Freedom. Florida’s Department of Environmental Protection building is named in honor of Douglas, as are several schools and parks throughout the state.

Marjory Stoneman Douglas passed away at her home in Coconut Grove, Florida on May 14, 1998 at the age of 108. Her ashes were scattered in the Everglades that she fought so hard to protect. The Everglades continue to face threats from land development, pollution, and climate change, but as Roderick J. Jude, a former head of the Sierra Club’s Florida chapter said, “The Everglades wouldn't be there for us to try to continue to save if not for [Douglas’s] work.”