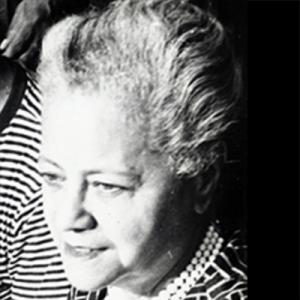 Anna Arnold Hedgeman was born on July 5, 1899 to Mary Ellen Parker and William James Arnold II in Marshalltown, Iowa. From an early age, her father emphasized education and a strong work ethic, and she learned to read at home. When Hedgeman was young, her family moved to Anoka, Minnesota where her family was the only African American family in the community. After graduating from high school in 1918, Hedgeman became the first African American person to attend Hamline University in St. Paul. While in college, she attended lectures by famous speakers, including W.E.B. Du Bois. Listening to Du Bois inspired her to become a teacher. She graduated in 1922 with a B.A. in English and immediately began looking for teaching jobs.

Despite her degree, Hedgeman could not find a teaching job in St. Paul public schools because she was African American. Instead, she accepted a job teaching History and English at Rust College in Holly Springs, Mississippi, the oldest historically Black college and universities (HBCU) in the country. On her train trip to Mississippi, Hedgeman confronted her first experience with Jim Crow. While she was able to ride the interracial cars from St. Paul to Chicago, the conductor informed her that once the train reached Cairo, Illinois she would have to move to the “colored car” at the back of the train. The car was dirty and overcrowded, but Hedgeman did not have a choice. She taught at Rust College for two years and then returned to Minnesota.

Upon her return in Minnesota, still unable to find a teaching job, she switched careers. Hedgeman began working with the Young Women’s Christian Association (YWCA), first as the executive director of the African American branch in Springfield, Ohio. Between 1924 and 1938, Hedgeman worked for various YWCA branches across the country: Jersey City, Brooklyn, Philadelphia, and Harlem. While with the YWCA, she helped develop international programs in education. She settled in Harlem and married Merrit A. Hedgeman, an interpreter of African American folk music and opera, in 1936. The couple were married until Merrit’s death 54 years later.

In 1944 she was appointed executive director of the National Council for a Permanent Fair Employment Practices Committee (FEPC), where she led the fight against employment discrimination and lobbied for a permanent FEPC agency. She also got directly involved with politics, working on President Harry Truman’s reelection campaign in 1948.

Hedgeman continued to work in politics at the local level in New York City. In 1954, she became the first African American woman to hold a position in a New York Mayoral cabinet. She worked in Mayor Robert F. Wagner Jr.’s administration until 1958, when she left after growing frustrated with gender discrimination and Wagener’s inaction on progressive housing policies. Rather than be discouraged, Hedgeman took matters into her own hands. In 1959 she worked as an associate editor and columnist for the New York Age and entered politics as a candidate herself. In 1960 she ran for Congress as a Democrat to represent the East Bronx and in 1965 she ran for New York City Council President. While both runs were unsuccessful, she brought attention to the issues of poverty in the city as a candidate.

Hedgeman remained a fearless advocate, never resting and always looking to put her efforts towards issues surrounding social justice and civil rights. Given her long history advocating for equal opportunity and employment, it is not surprising that she served on the planning committee organizing the March on Washington for Jobs and Freedom that took place on August 28, 1963 and brought over 250,000 people to the Lincoln Memorial. Hedgeman was the only woman included on the planning committee and she consistently urged the male leaders—such as A. Philip Randoph and Bayard Rustin—to include women in the day’s events. When they did not, she became furious and read a statement highlighting the role African American women had played in the Civil Rights Movement and what a shame it would be to ignore their efforts. Her arguments were successful, and Daisy Bates ended up speaking.

Hedgeman’s work did not stop in 1963. A religious woman, Hedgeman joined the staff of the Commission on Religion and Race of the National Council of Churches (N.C.C.), meant to mobilize resources of Protestant and Orthodox churches to work against racial injustice in U.S. As the Coordinator of Special Events for the Commission of Religion and Race of the N.C.C., Hedgeman also recruited over 40,000 Protestants who participated in March on Washington.

She was also a founding member of the National Organization of Women (NOW). She wrote two books: The Trumpet Sounds: A Memoir of Negro Leadership (1964) and The Gift of Chaos: Decades of American Discontent (1977).

Anna Arnold Hedgeman died at the age of 90 in Harlem, New York. During her long life of advocacy, she received honors from the National Urban League, NAACP, Schomburg Collection, National Council of Negro Women, and the AFL-CIO. She received honorary doctoral degrees from both Hamline University and Howard University. Hamline University dedicated The Hedgeman Center for Student Diversity Initiatives and Programs in her honor in April 2011.