The Education of Young Black Girls 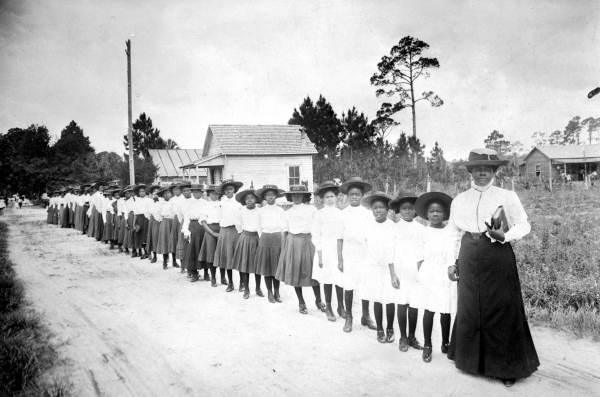 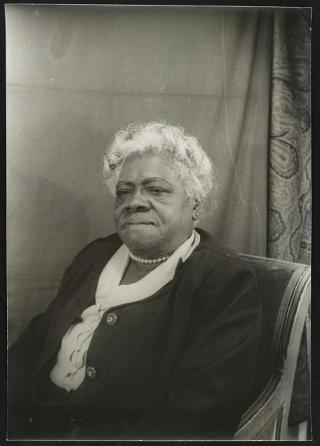 Mary McLeod Bethune was an educator, civil rights activist, and political advisor to multiple US presidents. She became president of the National Association of Colored Women in 1924 and founded the National Council of Negro Women in 1935. Her most notable political appointment was as part of President Roosevelt’s “Black Cabinet.” She served as Roosevelt’s Director of the National Youth Administration’s Division of Negro Affairs from 1935-43. During her time with the National Youth Administration, she helped to create programs “which prepared [black youth] for skilled, high salaried positions in the labor market, and total equality for Negroes in every facet of the American society.” 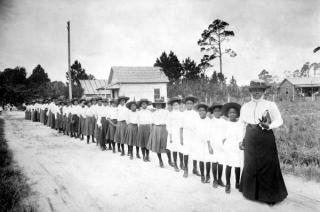 Mary McLeod Bethune with students from the Literary and Industrial Training School for Negro Girls in Daytona, Florida c. 1905.

Bethune worked tirelessly for equal treatment of blacks and their full integration into American life. In particular, she believed economic equality, and the ability to vote and have access to the political process would provide racial uplift for black Americans. Her efforts “[placed] her within the broad spectrum of the racial uplift ideology that so engaged educated African Americans during the early 1900s.”

As an educator, Bethune sought to produce a young generation of New Negro Women. With $1.50, she opened the Daytona Literary and Industrial Training School for Negro Girls in Daytona Beach, Florida on October 3, 1904. The school would later merge with the all-male Cookman Institute to form what is now known as Bethune-Cookman University. When Bethune’s school first opened, Daytona was a segregated city, where its black citizens had unequal opportunities, especially when it came to education. Black schools had inadequate facilities and resources, black children, if they enrolled in school at all, were in classrooms for less hours of the day than white students, white teachers earned higher salaries than black teachers, and the state spent a fraction of the money they spent on white schools on black schools – all in all, “by 1904 the town of Daytona had no viable school system for blacks.” 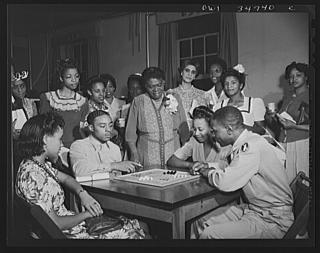 Despite the difficult surrounding environment, Bethune’s school for young girls would soon flourish, promoting the “dual purpose that Bethune envisioned: to teach both academic and practical skills to black girls.” The school provided girls with domestic science courses, as well as business and liberal arts courses, which would enable students “to support themselves while they simultaneously strove toward better opportunities” before and after graduation. As a post-suffrage woman, Bethune encouraged her students and blacks in the Daytona community to “exercise their voting power” and “to get involved” with elections and campaigns. She believed racial uplift started with the education of black girls and the instruction she provided her students with became “a prerequisite for the full participation of black women in public life and for their recognition as worthy women.”

Ross, Joyce. “Mary McLeod Bethune and the National Youth Administration: A Case Study of Power Relationships in the Black Cabinet of Franklin D. Roosevelt.” The Journal of Negro History. Vol. 60, No. 1. Association for the Study of African American Life and History, Inc., 1975.