4 Women Who Challenged the Status Quo 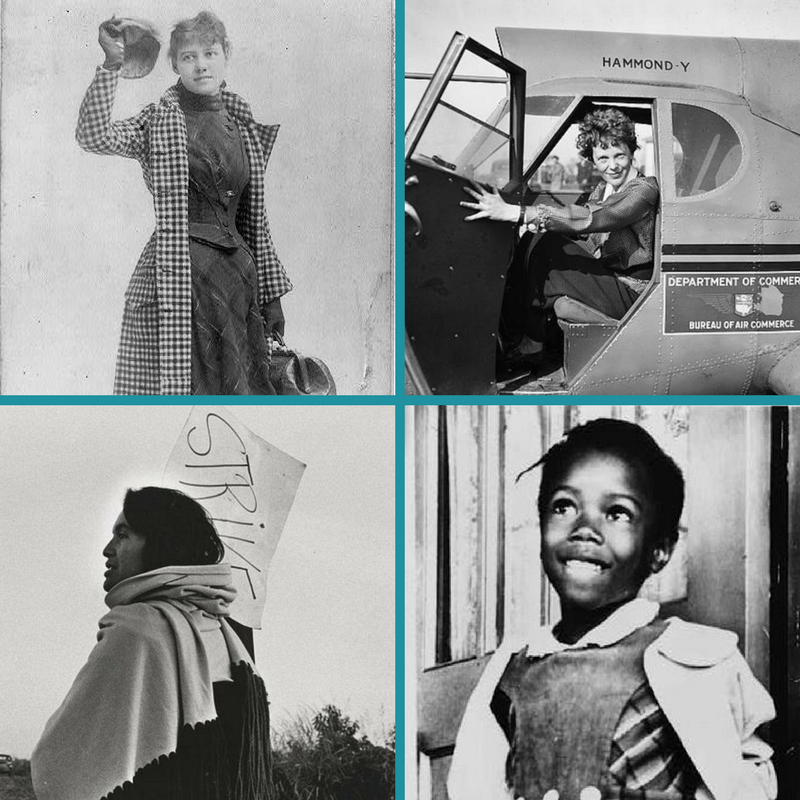 Throughout the history of the United States, there are stories of women who pushed the boundaries; whether it be by putting their bodies on the line to write a good news article, risking their life for the thrill of flight, showing up to school despite death threats, or methodically organizing communities to ensure better living conditions for everyone. Women have worked hard and sacrificed much through the centuries to achieve their status in American society. Here are four Daring Dames who defied stereotypes to accomplish great things. 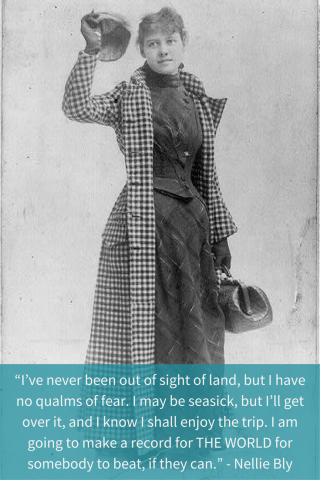 In 1886, 22-year-old Nellie Bly (born Elizabeth Cochrane) moved to New York City from Pennsylvania. Bly had gotten her start as a journalist when she penned an open letter to the editor of the Pittsburgh Dispatch which pointed out the paper’s negative representation of women. The editor not only read Bly’s response, he printed her rebuttal, and offered Bly a job as columnist. As a newspaper writer, she took the pen name Nellie Bly. Although, Bly was a popular columnist she was often asked to write pieces that only addressed women.

Upon her move to New York City, Bly stormed into the office of the New York World, one of the leading newspapers in the country. She expressed interest in writing a story on the immigrant experience in the United States. Although, the editor declined her story he challenged Bly to investigate one of New York’s most notorious mental hospitals. Bly not only accepted the challenge, she decided to feign mental illness to gain admission and expose how patients were treated. With this courageous and bold act Bly cemented her legacy as one of the foremost female journalists in history. After pretending to be mentally ill for 10 days, the New York World published Bly’s articles about her time in the insane asylum on Blackwell’s Island in a six-part series. Ten Days in the Madhouse quickly made Bly one of the most famous journalists in the United States. Furthermore, her hands-on approach to stories developed into a practice now called investigative journalism. Bly’s successful career reached new heights when she decided to travel around the world after reading the popular book Around the World in 80 Days. Her trip only took 72 days, which was a world record. Bly would only hold it for a few months. 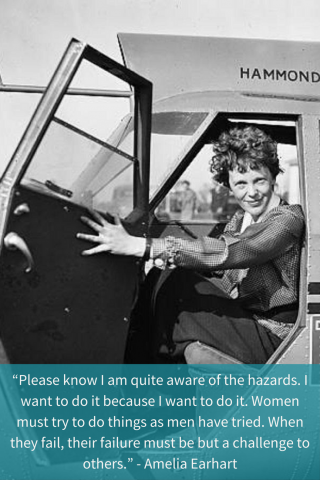 Amelia Earhart took her first plane ride in 1920. She quickly realized her true passion and began flying lessons with female aviator Neta Snook. On her twenty-fifth birthday, Earhart purchased a Kinner Airster biplane. She flew it, in 1922, when she set the women’s altitude record of 14,000 feet. With faltering family finances, she soon sold the plane. When her parents divorced in 1924, Earhart moved with her mother and sister to Massachusetts and became a settlement worker at Dennison House in Boston, while also flying in air shows.

In 1932, she became the first woman to fly solo across the Atlantic—as a pilot. On June 1, 1937, she left Miami with navigator Fred Noonan, seeking to become the first woman to fly around the world. With 7,000 miles remaining, the plane lost radio contact near the Howland Islands. It was never found, despite an extensive search that continued for decades. 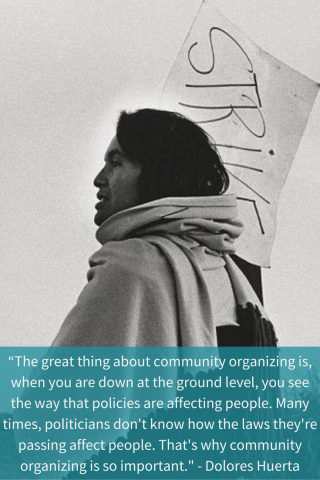 Dolores Huerta was greatly influenced by her mother’s community activism and compassionate treatment of workers. She also experienced extreme discrimination that helped shape her view of the world. A schoolteacher, prejudiced against Hispanics, accused Huerta of cheating because her papers were too well-written. In 1945 at the end of World War II, white men brutally beat her brother for wearing a Zoot-Suit, a popular Latino fashion. These experiences as a child led her to want to help others experiencing the same discrimination. Huerta briefly taught school in the 1950s, but seeing so many hungry farm children coming to school, she thought she could do more to help them by organizing farmers and farm workers. 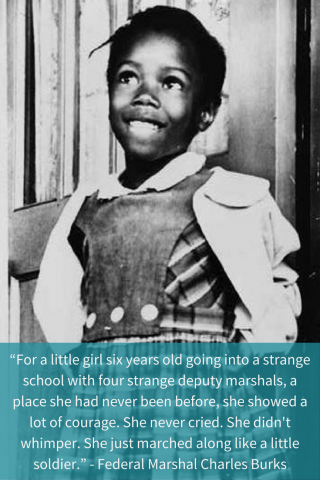 Ruby Bridges’s birth in 1954 coincided with the US Supreme Court’s landmark ruling in Brown v. the Board of Education of Topeka Kansas, which ended racial segregation in public schools. Nonetheless, southern states continued to resist integration, and in 1959, Ruby attended a segregated New Orleans kindergarten. A year later, however, a federal court ordered Louisiana to desegregate. The school district created entrance exams for African American students to see whether they could compete academically at the all-white school. Ruby and five other students passed the exam.