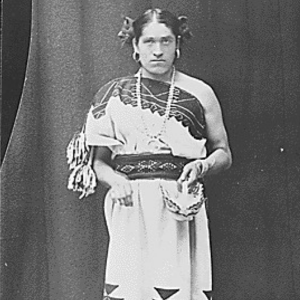 We’wha, a Lhamana (Zuni Two Spirit) individual, took on both male and female tasks as a Zuni cultural ambassador and pottery and textile artist. Also a spiritual leader, We’wha endeavored to preserve the history, traditions, and knowledge of the Zuni people.

We’wha was born into the Zuni tribe around 1849 in what is today New Mexico. We’wha’s mother was a member of the donashi:kwe clan (Badger People) and We’wha’s father was part of the bichi:kwe clan (Dogwood People). Orphaned as an infant (possibly the result of a smallpox epidemic) We’wha and their brother were adopted by a paternal aunt. We’wha remained part of their mother’s clan but maintained lifelong ceremonial ties their father’s clan. We’wha’s adopted family was wealthy and influential among the Zuni. Their position gave We’wha opportunities to gain special ceremonial knowledge and take part in revered cultural rituals.

Though born a male-bodied person, community members recognized that We’wha demonstrated traits associated with the lhamana as early as age three or four. In Zuni culture, lhamana (now more often described with the pan-Indian term “Two Spirit”) were male-bodied individuals who took on social and ceremonial roles generally performed by women. They usually, though not exclusively, wore women’s clothing and mostly took up labors associated with women. Lhamana constituted a socially-recognized third gender role within the tribe and often held positions of honor in the community.

We’wha received some instruction specific to men, but largely trained under their female relatives, learning critical skills for domestic tasks, such as how to grind and prepare corn. We’wha also studied crafts. Taught by a kinswoman who was an expert in ceramics, We’wha trained for years to master the elements of the pottery, many of which held ceremonial importance. We’wha became a skilled weaver (usually a male role), learning different looms in order to make blankets, belts, and sashes. We’wha became known for their talent as a craftsperson, during a period (approximately 1848-1880) in which Pueblo textiles, particularly those in the distinctive Zuni style, flourished. We’wha was among the first Zuni to sell their pottery and textiles, helping to bolster Indian arts more widely.

We’wha was a member of the men’s kachina society, which performed ritual masked dances. We’wha also joined the medicine society, beshatsilo:kwe (Bedbug People) after a shaman cured them of an ailment. Membership in these societies enabled We’wha to further their knowledge of Zuni lore and ceremonies. We’wha mastered the demanding memorization as well as the improvisational skills necessary to impart the tribal tales and stories that were part of Zuni rituals.

During We’wha’s childhood, the Zuni lived under threat of Navajo and Apache raids. As a result, they relied heavily on diplomacy, allying themselves with the Americans through the 1850s and 1860s for security purposes. However, the Zuni remained culturally and socially isolated from Americans until the 1870s. At that time, Anglo and Hispanic herders began to encroach on Zuni lands and Protestant missionaries arrived, determined to convert the Zuni to Christianity.

In 1879, the U.S. government’s newly created Bureau of Ethnology sent an expedition to collect artifacts and record the customs of the Zuni people. Anthropologist Matilda Coxe Stevenson, the wife of expedition leader James Stevenson, was immediately taken with We’wha, after encountering them working for the local missionaries. Stevenson was impressed by We’wha’s extensive knowledge of Zuni history and culture, describing them as “the most intelligent person in the pueblo.”

Stevenson visited the Zuni numerous times between 1879 and 1897 and formed a deep friendship with We’wha. In late 1885, the Stevensons brought We’wha back with them to Washington, D.C. for six months. Like other Indian delegations to the nation’s capital, the Stevensons intended the visit to foster cultural exchange and generate interest in further anthropological research. Everyone in Washington believed We’wha to be a (cisgender) woman, so the visit garnered a great deal of attention because women rarely participated in delegations. We’wha mingled with Washington’s high society, even calling on President Grover Cleveland at the White House, where they presented Cleveland and his new wife, Frances, with a handcrafted wedding gift. Newspapers covered We’wha’s activities closely, reporting with great interest on the “Indian princess.” We’wha also assisted Stevenson with ethnographic research for the Smithsonian National Museum – they explained the significance of Zuni artifacts, posed for photographs to document Zuni weaving, and donated crafts to the museum’s collections.

We’wha may have intended to raise awareness about the Zuni in an effort to secure government assistance against squatters and other encroachers on their land. We’wha’s headline-making visit ensured the Zuni were one of the most well-known Indian tribes among Americans in the 1880s. But name recognition did not stop the U.S. Office of Indian Affairs from extending its policy of assimilation to the Zuni and other Pueblo Indians in the years following We’wha’s return. Such policies furthered the dismantling of tribal culture – including pressure to abandon the recognition of lhamana individuals – and the absorption of Indians into Anglo society.

We’wha crossed over in 1896, at the age of 49, as a result of heart disease. We’wha’s early death was considered a “calamity” among the Zuni. The two-spirit We’wha left a profound legacy as a ceremonial leader, cultural ambassador, and artist who worked to preserve the Zuni way of life.

*A note on pronouns: Various records and scholarship concerning We’wha use male and female pronouns. As Lhamana/Zuni Two Spirit individuals were recognized socially and culturally distinct from men and women during We’wha’s lifetime, the NWHM determined the singular “they” to be most appropriate. 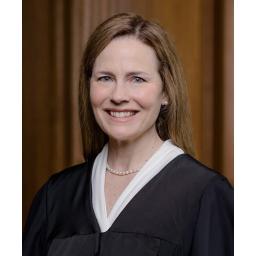 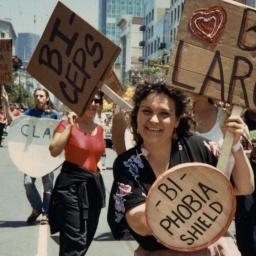 Lani Ka’ahumanu, a leader of the bisexual rights movement in the U.S., has worked for greater visibility for bisexuals both within the LGBTQ movement as well as broader society.
READ MORE
Biography 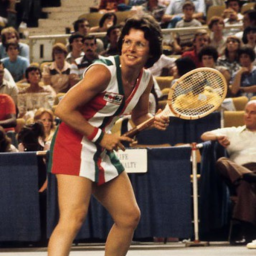 One of the greatest tennis players of all time and a Presidential Medal of Freedom recipient for her advocacy for women in sports and LGBTQ rights, Billie Jean King won 39 Grand Slam titles in her tennis career and led the fight for equal pay in tennis.
READ MORE
Biography 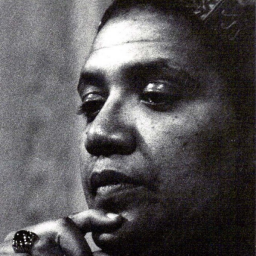 Poet and author Audre Lorde used her writing to shine light on her experience of the world as a Black lesbian woman and later, as a mother and person suffering from cancer.
READ MORE