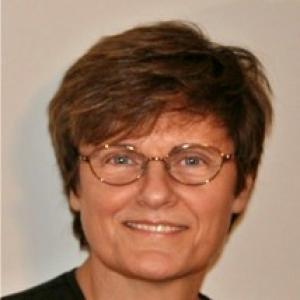 Kati Karikó never doubted her research on mRNA would work, even if most people around her dismissed it. Karikó’s research and perseverance proved that mRNA vaccines were possible and paved the way for the Moderna and Pfizer-BioNTech vaccines to end the Covid-19 Pandemic.

Katalin Karikó was born on January 17, 1955, in Hungary. Her father was a butcher, and she grew up in the small Hungarian town of Kisujszallas. She knew from an early age that she wanted to be a scientist and set her sights on that goal. She earned her PhD at the University of Szeged and worked as a postdoctoral fellow at its Biological Research Center. From the beginning, she worked on mRNA (messenger RNA), the genetic script that carries DNA instructions to each cell’s protein-making machinery. She worked diligently in this position but was faced with a hard choice when the university’s research program ran out of money in 1985. She decided she needed to leave Hungary to pursue an academic career.

By 1985, Karikó was married and had a young daughter. She also had an offer from Temple University in Philadelphia for another postdoctoral fellowship. Karikó, her husband Bela Francia (an engineer), and their 2-year-old daughter, decided to move to the United States for the opportunity at Temple. Hungary would only allow the family to take $100 out of the country, which was not enough to start a new life. After selling the family car on the black market, Karikó sewed the proceeds (about $1,246) into her daughter’s teddy bear. In the United States, her husband began managing an apartment complex. Her daughter, Susan, went on to win two gold Olympic medals for the United States in rowing—one at the Beijing games and one at the London games.

Karikó immediately got to work. She spent so much time in her lab, sometimes sleeping there, that her husband calculated she was making around $1 an hour. One year, while sitting at her desk, Karikó realized that she had worked every day that year—including New Year’s Day.

In 1989, Karikó joined the University of Pennsylvania’s School of Medicine as a research assistant professor. In terms of academic jobs, the title was low on the totem pole, was not meant to lead to a permanent position, and needed to be supported by grant money rather than a university salary. She began working with Dr. Elliot Barnathan, a cardiologist. Both had many ideas how mRNA could be used, but people laughed at them whenever they discussed their ideas. Grant money was also not coming in as both the government and private sector did not want to support research that seemed so far-fetched. When Dr. Elliot Barnathan left for the private sector, Karikó was left without a lab and without financial support. The University told her to find another lab, which she did, but her new collaborator also left. Karikó continued to bounce between labs, struggling to stay afloat in academia and relying on senior scientists to take her into their labs. Her life was precarious.

1995 was a hard year for Karikó. Her husband was stuck in Hungary dealing with a visa issue, she had just had a cancer scare, and the University of Pennsylvania had just demoted her off the path to a full professorship. With no grant money coming in to support her work on mRNA, her bosses did not see any reason to press on. Karikó began to think she was not good or smart enough, saying in an interview, “I thought of going somewhere else, or doing something else.” But in 1998, she had a run in at the photocopier that would change her career and the path of mRNA, for good.

Karikó and Dr. Drew Weissman frequently met at the photocopier, sometimes arguing over who should get to use it first. Karikó told Weismann, who had joined the University of Pennsylvania’s Medical School in 1998, that she could make any mRNA. Weissman, also interested in mRNA, listened. The two began a long and ultimately successful collaboration researching mRNA and its applications. Even though they hit many roadblocks, failed experiments, and rejections from scientific journals and grants for their mRNA research, they kept going. In 2005, Karikó and Weissman made a breakthrough in their research; even so, when their findings were published in scientific journals, the discovery did not receive much attention. Two people who were paying attention, however, saw mRNA’s applicability and its possibility; these two scientists founded BioNTech, the German biotechnology company.

Karikó began to move into biotechnology, first founding her own company, RNARx, in 2006 and then by advancing in larger companies. In 2013, she moved to BioNTech. When the Covid-19 Pandemic hit the world, and scientists began looking for a solution, Karikó’s research on mRNA vaccines proved to be the solution. When Karikó found out that the Pfizer-BioNTech trials of an mRNA vaccine for Covid-19 worked, she ate an entire box of Goobers chocolate covered peanuts by herself.

Damian Garde, “The story of mRNA: How a once-dismissed idea became a leading technology in the Covid vaccine race,” STAT, November 10, 2020,https://www.statnews.com/2020/11/10/the-story-of-mrna-how-a-once-dismissed-idea-became-a-leading-technology-in-the-covid-vaccine-race/