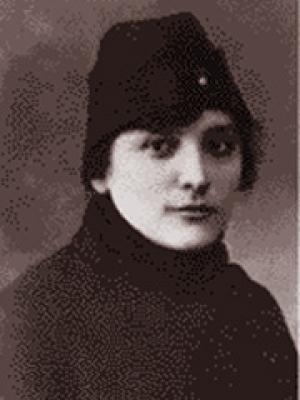 Charlotte Edith Anderson Monture traveled far and wide to become a registered nurse. Her determination paid off, and she was the first Native Canadian registered nurse. It was illegal for Native Canadians to get a diploma after elementary school, so Monture had to move to the United States for nursing training. Monture found a way to receive an education and served as an Army nurse during the first World War. She is also reported to be the first Native Canadian woman to receive the right to vote in a Canadian federal election.

Monture was born on New Year’s Day in 1890. The youngest of eight children, she was born on the Six Nations Grand River Reserve in Ohsweken near Brantford, Ontario in Canada. She attended school and got her high school diploma from Brantford Collegiate Institute. Not many women, or indigenous people, were allowed to attend high school. After she graduated, Monture tried to apply to nursing schools in Ontario, Canada. Because of her race, Monture was not accepted in any of the schools. At the time, the federal Indian Act prevented Native Canadian people from getting college degrees. She decided to apply to nursing schools in the United States and was eventually accepted at the New Rochelle Nursing School in New York. She graduated in 1914 and became the first Native Canadian registered nurse. She stayed in the United States and worked as an elementary school nurse.

A few years after she became a nurse, Monture left her job and volunteered as a Nursing Sister with the US Army Nursing Corps. She trained along with thirteen other Canadian nurses for three months. Before she left, Monture went back to visit her family in Canada. She was given the special Mohawk burial clothing from her culture in case she died in the war. She was only 27-years-old at the time, but her courage and determination put her at the front lines of the war. Monture was sent to Buffalo Base Hospital 23 in Vittel, France and was responsible for treating soldiers who were shot or gassed. She wrote in her diary about the long hours she had to work, and the badly injured soldiers she took care of. Monture was sometimes asked to help other medical centers, or travel through the battlegrounds looking for hurt soldiers. In June of 1918, she wrote in her diary about a young boy named Earl King who was shot in the neck. He was only 20-years-old, and he looked up to her like a big sister. Monture and the other nurses tried to save his life, and he began to recover. However, a few days later, King started to bleed in the middle of the night and he died. Monture got King’s address in the United States and sent his mother a letter telling her that her son died. After the war, King’s parents contacted Monture and asked her to visit them in Iowa. She was able to visit them, and they also visited her in Canada.

When Monture completed her service in the war, she returned to the Six Nations Reserve in Canada. She continued to work as a nurse and a midwife at a hospital in her community. She was also elected honorary president of the Ohsweken Red Cross in 1939. She married Claybran Monture and raised four children on the Reserve. Her fifth child died as a baby in 1929. She continued to serve as a caretaker in her community until she retired in 1955. A week before her 106th birthday, Charlotte Edith Anderson Monture died and was buried in the St. John’s Anglican Cemetery on the Six Nations Reserve. 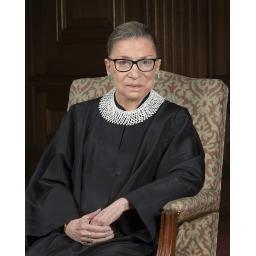 Short video on women in the finance industry
READ MORE