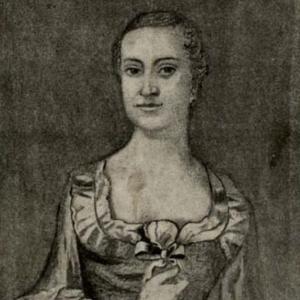 A loyal patriot of the American Revolution, Penelope Barker organized the famous Edenton Tea Party, the first recorded women’s political demonstration in America. Barker rallied 50 women in Edenton, North Carolina to sign a resolution boycotting British tea. The move was made in response to the 1773 Tea Act, passed by Parliament, which gave the British East India Tea Company a monopoly in the colonies and was the last in a series of taxes and policies that colonists fiercely resented.

Born in Edenton, North Carolina on June 17, 1728, Barker was one of three daughters of Samuel Padgett, a physician and farmer, and Elizabeth Blount, daughter of wealthy politician and planter James Blount. While still a teen, Barker’s father and sister Elizabeth died in the same year, leaving Barker to help raise Elizabeth’s children. Barely seventeen years old, Barker married her sister’s widowed husband John Hodgson in 1745. Two years later, he died, leaving her with two sons of her own to raise along with the three children from her husband’s previous marriage.

In 1751, Barker married James Craven, a wealthy planter. She was widowed a second time when Craven died in 1755. She inherited his entire estate, making her one of the richest women in North Carolina. Two years later, she married Thomas Barker, an Edenton attorney 16 years her senior. She bore three more children; however, none lived past infancy. In 1761, her husband left for England as an agent of the North Carolina colony; he would be unable to return for seventeen years due to the American Revolution and British blockade. In the meantime, Penelope managed their estates and household. Throughout the colonies, Patriot leaders urged women, in their role as consumers, to support the rebellion by boycotting British imports such as cloth and tea, in keeping with the non-importation resolutions passed by the First Continental Congress in 1774. On October 25, 1774, Barker gathered 50 women in the home of Elizabeth King, where they signed a resolution supporting the boycott as they drank tea made from mulberry leaves, lavender, and other local herbs. The event—dubbed the Edenton Tea Party—is historically significant because it is the first recorded women’s political demonstration in America. Their resolution stated: “We, the aforesaid Ladys will not promote ye wear of any manufacturer from England until such time that all acts which tend to enslave our Native country shall be repealed."

While the women’s efforts were applauded in the colonial press, London papers mocked then. In a now-famous political cartoon of the Edenton Tea Party published in the London press, the women are shown as bad mothers and women of loose morals.

Baker continued the boycott throughout the war. After her husband returned in 1778, her life became somewhat simpler. The couple built a new home. Barker once again outlived her husband—who died in 1790—this time by six years.