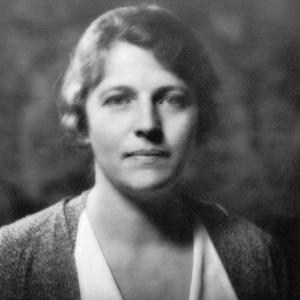 Well-known author, Pearl S. Buck wrote multiple books and short stories throughout her lifetime, many of which focused on her experiences in China. She was also a strong advocate of women’s rights and civil rights and was dedicated to supporting the welfare of Asian children.

Born into a family of missionaries on June 26, 1892, Pearl Sydenstricker Buck spent her first few months in Hillsborough, West Virginia. However, soon after her birth, her parents returned to Zhenjiang, China, where they were working as Southern Presbyterian missionaries. As missionaries, Buck’s parents did not have a great deal of money. Her family, which included six brothers and sisters, was poor and often lived in old, dilapidated houses.  Growing up in China, Buck gained a great appreciation for Chinese people and their culture. She was raised to be bilingual, tutored in both English and Chinese.

After finishing school in China in 1911, Buck attended Randolph Macon Women’s College, now known simply as Randolph College, in Lynchburg, Virginia on a charity scholarship. Her parents thought the college a suitable choice because of its Christian focus and because Buck’s brother, Edgar, lived in Lynchburg. She found the transition from China to the United States difficult, but soon adapted herself to college life. She was active in student groups and governing bodies. She became a member of Kappa Delta, wrote stories and poems for the college’s magazine, and served as the treasurer of her sophomore class and the president of her junior class.

In 1914, she graduated from college and returned to China. During the following year, she met her husband and moved to Nanjing, where she taught English literature in the universities based in the city. In 1924, Buck and her husband took a year off from teaching to return to the United States. During that time, she earned a Master of Arts degree in English at Cornell University before returning to China.

Buck witnessed the changes to everyday life while living in China, particularly in relation to the Boxer Rebellion and the rise of the nationalist movement. It was her early life and experiences in China that formed the bases of much of her writing, including her first novel, East Wind: West Wind, published in 1930. Her second novel, The Good Earth, was completed the next year and became a critically acclaimed best-seller. Literary awards for her writing soon followed. In 1932, Buck was awarded the Pulitzer Prize and in 1935 she won the William Dean Howells Medal for Distinguished Fiction from the American Academy of Arts and Letters. In the following year, she was elected to the membership of the Academy. Her award-winning story was turned into a Broadway play and in 1937 it was adapted into a film. Her outstanding achievements in literature were subsequently recognized by the Nobel Prize Committee in 1938, making Buck the first American women to be award the Nobel Prize in Literature.

When she returned to the United States in 1935, she became an outspoken proponent of civil rights and women’s rights. Buck also worked to support the welfare and adoption of Asian children. She regularly wrote articles for the National Association for the Advancement of Colored People’s Crisis magazine and the National Urban League’s Opportunity, calling for an end to racism and discrimination. She also served as a trustee for Howard University for many years.

After war broke out between Japan and China in 1937, Buck along with her second husband, Richard Walsh, worked to provide relief and raise awareness about what was happening in Asia. Together, they formed the China Emergency Relief Committee in 1940, which helped send funds to the country for medical supplies, food, and clothing. In the spring of 1941, she became the chairwomen of United China Relief (UCR) to raise financial support for China. At a fund-raising event that year, Chinese Ambassador Hu Shih presented Buck with the Order of Jade, an award given in recognition of her work for his country. That same year, Buck and her husband bought Asia magazine, providing writers a place to discuss the current political events and culture of Asia. Also in 1941, she and Walsh founded the East-West Association, which sought to raise awareness about the East in American society.

Throughout World War II, Buck continued to champion equal rights for minorities and women. In 1942, she chaired the newly created Committee against Racial Discrimination, which was part of the American Civil Liberties Union. This committee advocated for equal employment opportunities, the establishment of federal anti-lynching laws, and an end to segregation in the military. For her work on civil rights, Howard University awarded Buck an honorary Doctor of Law degree in 1942. Buck was a firm supporter of the Equal Rights Amendment, which sought to guarantee equal rights to all people regardless of gender. She condemned the internment of Japanese Americans during the war. Buck also sought to overturn Chinese exclusion laws, which barred Chinese immigrants from entering the United States. Testifying in Congress in May 1943, she urged lawmakers to repeal the laws which hindered America’s wartime ally, China. After further debate, Congress subsequently abolished the Chinese exclusion laws in October 1943. She also advocated for the independence of India from Britain. In 1944, Buck was made honorary president of the India league of America.

As part of her war efforts, Buck joined the War Writers’ Board, which was closely aligned with the Office of War Information (OWI). The War Writers’ Board supported the OWI by producing propaganda in a wide variety of media, including in film, radio, newspapers. Buck lent her talents to the organizations to help fight fascism. She also served on the Board’s Advisory Council along with many other famous writers, journalists, and historians.

The issue of adoption was a personal cause for Buck. She had given birth to a girl, Carol, in 1921. However, her daughter developed phenylketonuria resulting in mental development issues. Buck also had to have a hysterectomy, making her unable to have any further children. So in 1925, she and her husband adopted a daughter, Janice, and subsequently adopted other children in the years that followed. Buck’s personal experiences with motherhood and her life in China, resulted in the creation of Welcome House in 1949. This organization, which she co-founded, was the first international, interracial adoption agency. It focused on placing Asian children with families in the United States. Continuing in her work for children, she also formed the Pearl S. Buck Foundation in 1964. The mission of the organization was to provide in-country support to Asian children who were not eligible for overseas adoption. The Opportunity House humanitarian assistance program was set up by the Foundation to support the health, welfare and education of children and families living in China, South Korea, the Philippines, and Thailand.

Buck died on March 6, 1973, leaving a legacy of literature and philanthropy. She wrote over seventy books, which include novels, translations of Chinese literature, children’s literature, and biographies. After her death, both her birthplace and her later home in Bucks County, Pennsylvania were turned into historic sites to preserve Buck’s legacy. She was honored by the US Post Office in 1983, when she was included in the organization’s Great Americans series of stamps. Buck’s alma mater, Randolph College, created the Pearl S. Buck Award which is given to women whose work captures the same principles and values associated with Buck’s diverse philanthropic activities.