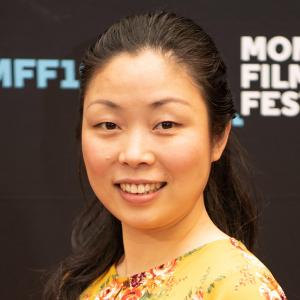 A 2020 MacArthur Foundation Genius Grant winner, Nanfu Wang uses film to explore the relationship between individuals and governments. Like a rigorous investigative journalist, Wang employs immersive, vivid storytelling and a first-person narrative structure in her documentary films to examine the ideas of responsibility and freedom, particularly in her native China.

Nanfu Wang was born in 1985 in the southern province of Jiangxi, in Wang Village, in China. Her parents were substitute teachers, called “barefoot teachers” in Mandarin. Wang grew up poor. Her parents were poorly paid and she remembers foraging for scraps of metal and plastic to sell to recyclers for pocket money. After the birth of her younger brother, her father took out a loan to purchase chickens. He then prepared and sold savory eggs, walking around the village and calling, “Tea eggs! Five cents each!” at passersby in streets and alleys. Despite her hard childhood, the family found joy in the little things. Wang was very close to her father and fondly remembers when he introduced her to Treasure Island at age 7.

After Wang’s father died when she was 12, her mother decided to pull Wang from school and send her to technical school. The family could not afford to send both Wang and her brother, Zhihao, to school. In China, which still operated under the One Child Policy during Wang’s youth, her mother decided it was more important for a boy to receive a full education. Wang would not let that decision stop her from following her educational goals, goals that were in part inspired by her father’s dream of a college education. Wang recalled, “Because I was a girl and I wasn’t able to go to high school, I was discriminated against, and it was difficult to find a job.” Starting at 16, Wang worked as a salesperson in her uncle’s souvenir shop and as an English teacher. These jobs allowed Wang to put herself through a continuing education program where she studied English literature. At 22, she tested into and received a full fellowship to attend a Master’s Program in Shanghai. She completed her Masters in English Language and Literature at Shanghai University in 2010.

Her experiences as a child, particularly her father’s early death, made Wang want to dig deeper into questions of injustice as they related to gender and class. “If the health-care system hadn’t been unjust, my father wouldn’t have died—we didn’t have money and couldn’t afford to send him to a hospital,” Wang said. She began applying to graduate programs in the United States. She was offered a full scholarship in the media studies program at Ohio University, where she received another Masters in 2012.

Despite the fact she did not grow up with a TV, Wang was drawn to film. While in Ohio, Wang saw her first documentary and touched her first camera. “The concept of documentary as it’s understood in Western countries doesn’t really exist in China,” Wang recalled in an interview. “When I started watching documentaries, I was surprised by how they could capture real moments in the lives of people and then transport audiences into those moments to experience them. They are vessels for empathy.” After her Master’s Program in Ohio, Wang went to New York University. She shot her thesis film in China, focusing on Ye Haiyan, a sex-workers’ advocate who led a protest seeking justice for a group of elementary-school students in Hainan who were sexually abused by their principal. The film, “Hooligan Sparrow,” won multiple awards, including the Human Rights Watch Film Festival, Nestor Almendros Award for Courage in Filmmaking (2016), a George Polk Documentary Award (2017), and a Peabody Award (2017). “Hooligan Sparrow” was also shortlisted for an Academy Award. Wang considers making this film her political awakening: “I often say that it felt like ‘The Truman Show,’ in that moment when they bring down the wall and he finally sees the real world. That’s very much how I felt.”

Her next major film touched on something a bit more personal. Between 1979 and 2015, China operated under the One Child Family Planning Policy. What started as a voluntary program to try to curb the rapidly growing population of China in the late 1970s turned into an unevenly enforced program across the country that sometimes involved forced abortions or sterilizations. Due to traditional beliefs and economic realities, many families preferred having a male rather than a female child. Due to the one-child policy, many babies (particularly girls) were given up for adoption or, in horrible cases, abandoned. Wang examined the many layers of responsibility, enforcement, the effects on families, and the propaganda to promote this policy in her 2019 film, “One Child Nation.” While filming, Wang interviewed her mother and learned that if her younger brother was born female, her mother would have been pressured into abandoning her sibling. She also worked on this film while she herself was raising her infant son. “One Child Nation” was a great success and won Wang further acclaim and awards. The film was shortlisted for an Academy Award, nominated for a Directors Guild of America Best Documentary Feature, and a Peabody Award, and won the Best U.S. Documentary Film at the Sundance Film Festival (2019).

Wang continues to work on film projects from her home in Montclair, New Jersey. Wang says, “every film, to me, is a journey of discovery. We’re all humans no matter where we come from. It’s just a sense of, I will find something that you and I share...The biggest hope I have with my films is it allows people to change the way that they see the world.”

Zhang, Han, “In ‘One Child Nation,’ Nanfu Wang Confronts China’s History, and Her Own,” The New Yorker, August 27, 2019, https://www.newyorker.com/culture/persons-of-interest/in-one-child-nation-nanfu-wang-confronts-chinas-history-and-her-own. 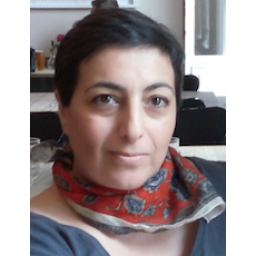