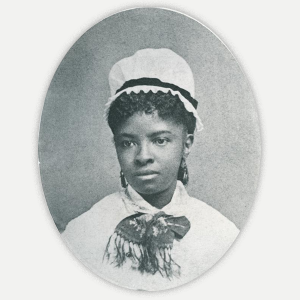 Eager to encourage greater equality for African Americans and women, Mary Eliza Mahoney pursued a nursing career which supported these aims. She is noted for becoming the first African American licensed nurse.

Mary Eliza Mahoney was born in the spring of 1845 in Boston, Massachusetts. The exact date of her birth is unknown. Born to freed slaves who had moved to Boston from North Carolina, Mahoney learned from an early age the importance of racial equality. She was educated at Phillips School in Boston, which after 1855, became one of the first integrated schools in the country.

When she was in her teens, Mahoney knew that she wanted to become a nurse, so she began working at the New England Hospital for Women and Children. The hospital was dedicated to providing healthcare only to women and their children. It was also exceptional because it had an all-women staff of physicians. Here Mahoney worked for 15 years in a variety of roles. She acted as janitor, cook, and washer women. She also had the opportunity to work as a nurse’s aide, enabling her to learn a great deal about the nursing profession.

The New England Hospital for Women and Children operated one of the first nursing schools in the United States. In 1878, at the age of 33, Mahoney was admitted to the hospital’s professional graduate school for nursing. The program, which ran for 16 months, was intensive. Students attended lectures and gained first-hand experience in the hospital. Many students were not able to complete the program because of its many requirements. Of the 42 students that entered the program in 1878, only four completed it in 1879. Mahoney was one of the women who finished the program, making her the first African American in the US to earn a professional nursing license.

After she finished her training, Mahoney decided not to follow a career in public nursing due to the overwhelming discrimination often encountered there. Instead, she pursued a career as a private nurse to focus on the care needs of individual clients. Her patients were mostly from wealthy white families, who lived up and down the east coast. She was known for her efficiency, patience, and caring bedside manner.

Mahoney was an active participant in the nursing profession. In 1896, she joined the Nurses Associated Alumnae of the United States and Canada (NAAUSC), which later became known as the American Nurses Association (ANA). The NAAUSC consisted mainly of white members, which were not always welcoming to black nurses. Mahoney felt that a group was needed which advocated for the equality of African American nurses. In 1908, she co-founded the National Association of Colored Graduate Nurses (NACGN). In the following year, at the NACGN’s first national convention, she gave the opening speech. At the convention, the organization’s members elected Mahoney to be the national chaplain and gave her a life membership.

After decades as a private nurse, Mahoney became the director of the Howard Orphanage Asylum for black children in Kings Park, Long Island in New York City. She served as the director from 1911 until 1912.

She finally retired from nursing after 40 years in the profession. However, she continued to champion women’s rights. After the 19th Amendment was ratified in August 1920, Mahoney was among the first women who registered to vote in Boston.

Mahoney lived until she was 80. After three years of battling breast cancer, she died on January 4, 1926. She is buried in Woodlawn Cemetery in Everett, Massachusetts.

Mahoney’s pioneering spirit has been recognized with numerous awards and memorials. In 1936, the National Association for Colored Graduate Nurses founded the Mary Mahoney Award in honor of her achievements. This award is given to nurses or groups of nurses who promote integration within their field. The award continues to be awarded today by the American Nurses Association. The AHA further honored Mahoney in 1976 by inducting her into their Hall of Fame. Mahoney joined another esteemed group of women in 1993, when she was inducted into the National Women’s Hall of Fame in Seneca Falls, New York.

Mahoney’s grave in Everett, Massachusetts has also become a memorial site. In 1973, Helen S. Miller, winner of the Mahoney Award in 1968, led a fundraising drive to erect a monument to Mahoney at the gravesite. Her efforts were supported by the national sorority for professional and student nurses, Chi Eta Phi, and the ANA. The memorial was completed in 1973, and stands as a testament to Mahoney’s legacy.