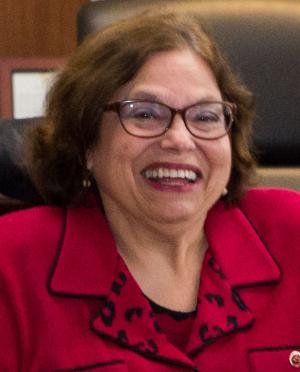 Judith “Judy” Heumann has been a part of almost every pivotal moment in the disability rights movement. Considered “the mother” of the movement, she remains a tireless advocate for the disabled community. Heumann has improved accessibility and opportunities for the estimated 56 million people in the United States and one billion people around the world with disabilities.

Judy Heumann was born in 1947 in Brooklyn, New York. Her parents, Wener and Isle Heumann, were German Jewish immigrants who emigrated to the United States in the mid-1930s. Many of Heumann’s family members who remained in Germany were murdered in the Holocaust. The eldest of three children, Heumann felt championed by her parents. Her father worked long hours at a butcher shop and called his wife  “Mighty Mite” because she would never take “no” for an answer.

When Heumann was born, polio had reached epidemic levels. A disease that could paralyze, parents feared their children would catch it. When Heumann contracted polio at age two, there was no  vaccine (it would not be introduced until the 1950s) and she lost her ability to walk. Heumann’s parents did not know about access for disabled children or what types of accommodations would or would not be available. When Heumann attempted to start kindergarten, the principal physically blocked the family from entering the school. The principal called Heumann a “fire hazard.” Her mother refused to accept this and “Mighty Mite” demanded Heumann have access to the classroom. Due to her mother’s tenacity, Heumann was eventually able to attend a special school and a public high school. After graduation, Heumann went to Long Island University in Brooklyn where she organized students to start demanding ramps for access to classrooms. She graduated with a B.A. in 1969.

The 1970s were a very formative period for Heumann. After attending as a camper, she worked as a counselor at Camp Jened, a summer camp for disabled people in the Catskills in New York. She described Camp Jened as a “playground” where she and others with disabilities could just be. Heumann said in an interview, “we were dating like you would if you didn’t have a disability, we were swimming, and playing baseball and arts and crafts, but we were also having time to gather our own voices...It was a liberating time; we could be ourselves and it absolutely helped formulate our futures.” Many of the major players in the disability rights movement came out of Camp Jened.

The 1970s were also a time of activism for Heumann. In her twenties, she battled the New York Board of Education (NYBOE) when they refused to give her a teaching license because they were afraid she could not evacuate herself or her students in case of a fire. She sued and the NYBOE settled; she got a job and became the first teacher in the state to use a wheelchair. She also took part in a series of demonstrations including: shutting down Manhattan traffic to protest President Nixon’s veto of the 1972 Rehabilitation Act; getting hauled off an airplane for insisting she had a right to her seat; and launching a 28-day sit-in at a federal building in San Francisco to get crucial sections of Rehabilitation Act enforced. While in San Francisco, she was instrumental in founding the Berkeley Center for Independent Living and helped launch the Independent Living Movement. She also graduated from the University of California, Berkley with a Master’s in Public Health in 1975.

Heumann would not stop fighting. In 1983, Heumann co-founded the World Institute on Disability (WID), one of the first global disability rights organizations founded and led by people with disabilities. Moving to Washington, D.C., Heumann served as the Assistant Secretary of the Office of Special Education and Rehabilitation Services in the Clinton Administration from 1993-2001. From 2002-2006 she worked at the World Bank as their first Advisor on Disability and Development. In 2010, Heumann became the first Special Advisor on Disability Rights for the U.S. State Department. Appointed by President Obama, Heumann worked to make disability rights part of the State Department’s agenda and pushed for an international version of the Americans with Disabilities Act (ADA).

Heumann has traveled the world in her motorized wheelchair to take part in both national and international conversations promoting the rights of the disabled community. She has played a role in the development of major legislation, including the ADA. In 2020, she was the star of a documentary, “Crip Camp” about her time at Camp Jened and also published a memoir, Being Heumann: An Unrepentant Memoir of a Disability Rights Activist.

Yet Heumann does not see herself as different. Speaking to an interviewer, Heumann said, “I call you ‘non-disabled’...because the likelihood of you acquiring a disability, temporarily or permanently, is statistically very high.” Heumann fights for all, and her work has been recognized through numerous awards and fellowships. Heumann and her husband Jorge Pineda, who also uses a wheelchair due to a spinal cord injury, continue to live in Washington, D.C. Now in her seventies, Heumann continues to fight and advocate.

“History of Polio,” The History of Vaccines, an Educational Resource by the College of Physicians of Philadelphia, https://www.historyofvaccines.org/timeline/polio.