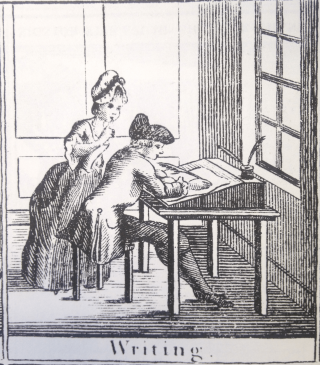 Education in contemporary America has advanced to a point that would be almost unrecognizable by colonial Americans. Colonial Americans valued education. The type of education colonial children received varied greatly and depended on the student’s social status, wealth, sex, and race. A wealthy white male child received vastly different educational instruction than an enslaved female child. Colonial New England had a rather advanced educational system for the period but it mostly worked to the advantage of the wealthy elite. Education unified the community by inculcating shared values while also reinforcing social and economic hierarchies. The foundations of our modern education system were laid in 17th century New England.

Law of the Land 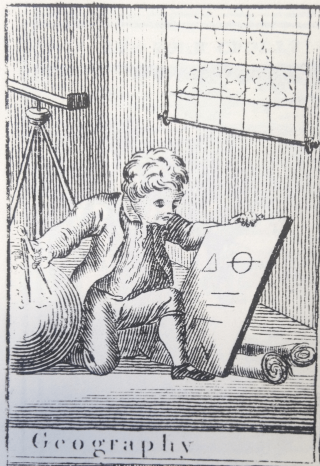 Education in colonial New England was rudimentary compared to today. While it was required by law in New England for every child to learn how to read, these laws were not widely enforced. Laws pertaining to education were put in place not necessarily for the educational and vocational advancement of the child, but rather for their moral advancement. Every child should be able to read so they can read the Bible. It was widely believed that idleness and laziness were a grave sin against God and the colony. Only with the ability to read and understand the Bible could citizens be successful members of society.

The laws for compulsory education varied widely by town and colony. While Connecticut had a wide range of laws pertaining to compulsory education for both boys and girls, New Hampshire had no laws at all until the late 18th century. Massachusetts had compulsory education laws beginning in 1642 but abolished them in 1692 and put in place laws pertaining only to poor children. The reason for this is clear: if the poor are left idle and without the ability to read the Bible they will be a moral and fiscal drain on society. By educating the poor and apprenticing them to wealthier, more successful members of the town, the moral fabric of the colony would be upheld. Non-white children were often left out entirely, with laws in place restricting, rather than enforcing, their education.

The difference in educational laws between boys and girls was vast. Male children were required to learn how to read, write, and cypher and were often placed in an apprenticeship or sent to college for further training. Girls on the other hand were only required to learn how to read and the laws always added a phrase such as, “if they shall be capable.” This phrase shows that women in colonial New England were not believed capable of learning to read, much less write or cypher. Women were seen as weaker and less intelligent and were not given the opportunity to prove otherwise.

The Difference Between Boys and Girls 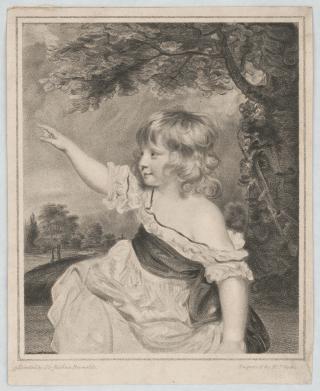 This engraving shows a little boy dressed in the typical style of gender-neutral clothing. ca. 1790.

Children of different sexes were treated and educated in different manners. All children regardless of their sex wore the same type of clothing, a long gown, and had the same type of upbringing for the first several years. Around six to eight years of age, children started dressing as their parents did, either receiving a pair of trousers or a dress, depending upon their sex. At that age, they also started spending more time assisting their parents, boys with their fathers and girls with their mothers. Through the emulation of their parents, children learned what was considered appropriate behavior for their station and sex.

Depending on the local laws, youths entered adulthood around ages 14 to 17. Often these laws refer to the age at which the person could be baptized into the church, known as the “age of discretion.” Girls would often marry at this young age since their education was not as extensive and they had already been through years of training in housewifery. Boys on the other hand, were normally required to finish their education or apprenticeships before marriage in order to provide for a family, leading to an older age at marriage. 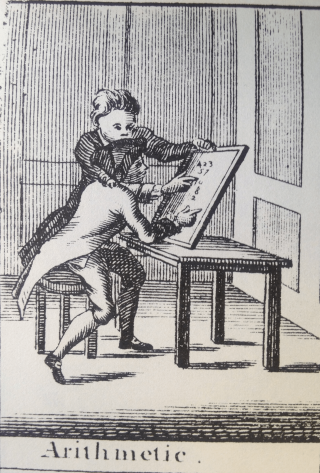 The type of education each child received largely depended on the financial state of the family. If the family did not need the extra help at home, boys, and sometimes girls, would apprentice. Families who could not afford to lose help at home had to manage the education of their children, normally by teaching them how to read by using the family Bible. If the family had some extra money, they sent their children to a town school and pooled their resources with other local families to pay the teacher’s salary. The extremely wealthy could afford a live-in tutor or governess or even sent their sons to school in Europe or to one of the few colleges in the colonies. Wealthier girls were sometimes sent to live with a family friend or relative to learn skills required to manage a household such as cooking and sewing, taking the onus of discipline off their family. Poorer families were an entirely different matter as the laws were often stricter towards poorer children. If the family had not taught their children basic reading skills by about age eight, the child could be taken from the family and placed in an apprenticeship. If, however, the child did not know how to read but knew basic religious principles and practices, they were often allowed to stay with their family. Evidence that religious beliefs were considered more important than educational and vocational training. 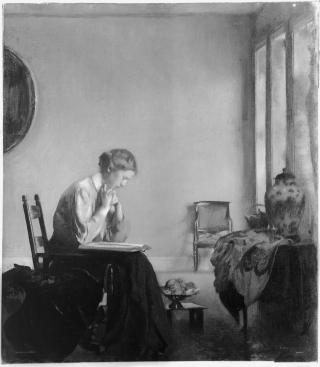 Education levels increased for women over the years and correlated with proximity to a city. From 1643 to 1722 the literacy rate in men in rural Massachusetts was around 85% but rose to 97% by 1771. Numbers for men in Boston mirrored those in rural Suffolk with 100% literacy by the revolution. Women in rural Massachusetts, on the other hand, had an average of 47.2% literacy rate from 1643 to 1771. The numbers are much more robust for Boston where women had a dramatic increase in literacy, from only 50% in 1676 to 88% in 1771. It is easy to conclude that women in cities had greater access to education.

Remnants of the educational system in colonial New England can be seen in the educational systems in America today. School subjects are occasionally still segregated between sexes, whether overtly or covertly. More male students gravitate toward the STEM fields while more women study humanities. Compulsory education laws are still in place in the United States. Although official literacy statistics in the US have not been published, the country ranks 7th in world literacy according to a recent study from Central Connecticut State University. According to the National Center for Education Statistics, in 2016, 2.9 million more women attended college than men. Educational norms in the United States are changing but at the same time, there are still echoes of the old colonial system at work today.

Often called the “Mother of the Blues,” Ma Rainey was known for her deep-throated voice and mesmerizing stage presence that drew packed audiences and sold hit records in the early twentieth century.
READ MORE
.