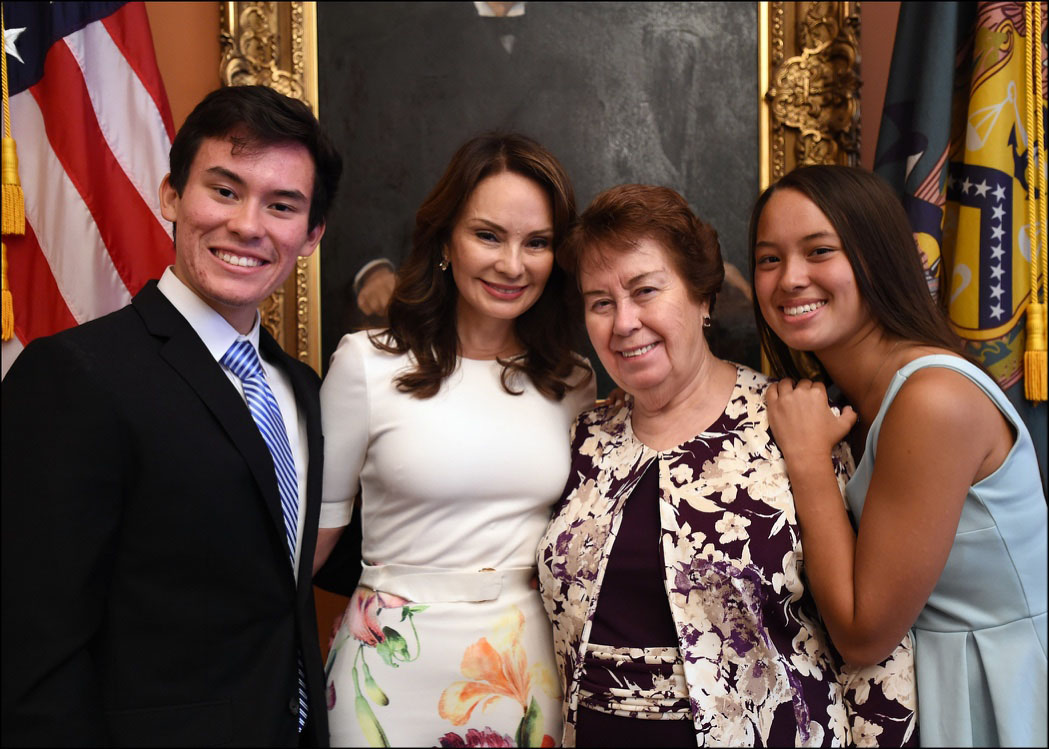 Rosie Rios was the 43rd Treasurer of the United States and is most recently known for initiating and leading the efforts to place a portrait of a woman on the front of U.S. currency for the first time in the nation’s history. Rios was the longest serving Senate-confirmed Treasury official beginning with her time on the Treasury/Federal Reserve Transition Team in November 2008 at the height of the financial crisis. We spoke with Treasurer Rios about her career, her efforts to get women on currency, and her passion to tell a more representative, inclusive accounting of our nation’s history.

Tell us a little bit about your background and how you began your career.
First, thank you for asking me to do this. I’m a big fan of what the National Women’s History Museum is trying to accomplish and I’ve supported your efforts along the way. I was born and raised in Hayward, California by a single parent. I’m one of nine kids. My mom, who came from Mexico, experienced her own challenges and made the deliberate decision to raise us all on her own through high school—with the support of our village, our Catholic church community. My mom sent all nine of us off to college.

I went on to Harvard after working full-time in high school at the County Library headquarters, which was a dream job. My goodness, to be able to have access to any book I ever wanted! After graduation I took a job as a commercial property underwriter for General Reinsurance. From there, the three parts of my career that I focused on specifically had been real estate, investment management, and economic development. Never would I have imagined that those three areas translate so perfectly into what was happening at the height of the financial crisis in 2008.

Tell us about your journey to become Treasurer of the United States.
Yes. Back in 2008 I was managing director of investments for a $22 billion firm based in San Francisco. I had just closed on a major capital raise in October of that year, and soon received a call to join the transition team should Barack Obama win that November. This team would work with the Bush administration to implement the legislation that Congress had just passed, called the Emergency Economic Stabilization Act. When you receive that call to serve your country, you have to do it, but it was a difficult decision because my daughter was eight and my son was 12. I was honored to join the team, and it was privilege to take my 30-year career and implement it in a way that was so necessary at a time when the sky was falling.

From there, of the two-dozen people who were on the Treasury Transition Team, about half a dozen were recommended for a permanent appointment, and I was one of them. I was nominated as Treasurer by President Obama in May of 2009, was confirmed by the Senate that July, and moved our family in August.

You led the fight to get women on currency, particularly Harriet Tubman on the $20 bill. How did this come to be?
It was during that transition team, at the height of the financial crisis, when I had my awakening. I lovingly call myself an accidental feminist, accidental educator, and accidental historian, because if you would have known me before that time, my career path has been very quantitative and analytical. I never really had to think about what I call the “third dimension” of my career: being a woman, being Latina, being Catholic. I never had to wear any of that on my sleeve, as my work was very metrics driven.

During the financial crisis, I came across the Historical Resource Center of Treasury. People don’t realize that Treasury didn’t just produce currency, they produced all the financial products of our federal government, from 1789 when it was first established under George Washington. One of the first things Washington did was appoint Alexander Hamilton. So, within Treasury at the Historical Resource Center at the Bureau of Engraving and Printing, they had all those archived items, most of which never have been seen by anyone living, and that was where I would escape to whenever I needed a break from the crisis. I would pour through these amazing,

beautiful designs and concepts and renderings that were used on all these products, whether it was savings bonds, postage stamps, military payment certificates— they still produce the security page of your passport. The images that were used were gorgeous, but also very historical.

After a while, I realized that there was a pattern to what I was seeing: every single image that I came across of a woman was not a real woman. They were allegorical, Lady Liberty types. Sometimes with togas, and sometimes without togas. But every image of a man was a real man—a Founding Father, a president, a cabinet member. I thought that was peculiar, so I did more research.

That is my awakening theme, this concept of omission. I look at omission in two ways. Is the omission a sort of oppression, a deliberate marginalization? Or is it more of an oversight? That’s the journey that I wanted to go on and what I’ve learned since 2008. I still pursue my personal passions of recognizing historical American women in some physical form, but also this concept of what I call “women in positions of money and power.”

Those themes of omission remain very, very clear to me, and again, is it oppression or is it oversight? I think in many cases, it’s a combination of both. I’ve met them all, a good number of repressors and a good amount of really good people where it just never occurred to them to have that conversation about how to be more deliberate and thoughtful in their own decision making.

So ultimately, this is one of the personal passions that drives me to do what I do, and it comes from an authentic place. It’s not about me, it’s about my daughter and it’s about my son. With this next generation of leadership, this is what I call “inspirations for aspirations.” I’m using historical American women to inspire these next generations, male or female. If you’re missing 51% of the population and how we tell these stories, it’s not our story, right? It’s his story. I am trying to make it, not his story or her story, but our story. It’s an equity issue.

I worked on the coin legislation for the American Women Quarters™️ Program for over five years before it finally passed Congress in December 2020. Change only happens when we don’t settle. People need to understand how difficult these journeys have been, and I’m still fighting to put women on our currency.

We’re often asked about the status of Harriet Tubman on the $20 bill. Can you talk a little about where that is today?
Regarding timeline, the $10 bill will be the first note to be redesigned—it was always the $10 bill. It’s selected by counterfeiting rates, so parts per million, and the $10 bill remains the note that has the highest security threat. The timing of the $20 bill redesign remains the same as it was when I left, which is the late 2020s. By law, the Secretary of the Treasury has final authority, but I will continue to be a resource and will continue to do what I can to advocate for what I think needs to happen. 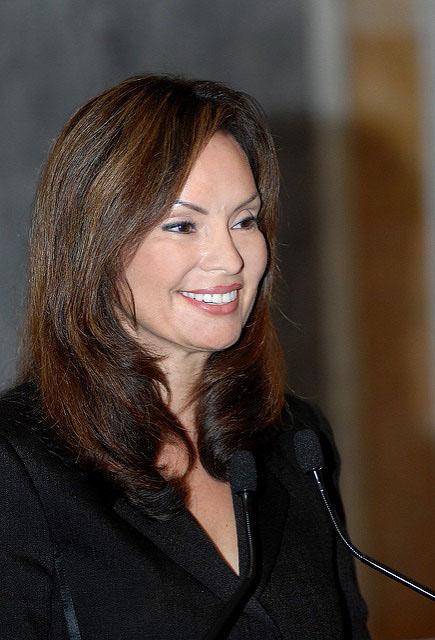 Finally, what you’re working on now?
From a professional perspective, I’m cohost on an investment reality series called Unicorn Hunters. It’s like Shark Tank, but this isn’t just looking for the next backpack. This showcases innovative, usually technology-based ideas from experienced founders who want to become a billion-dollar company, which is a unicorn. I cohost this program alongside Steve Wozniak, co-founder of Apple, Lance Bass from NSYNC, and others. We vet these companies and decide at the end if we want to invest in them, and the audience can invest as well. It’s something that came from the crowd funding provisions of the JOBS Act of 2012, and something that Treasury initiated with its Access to Capital Conference in 2011. It’s fun that it comes full circle 10 years later.

I’m also on a number of boards, but I’m most proud of my personal work, which I call Empowerment 2026. I have a lot of projects underway, including a statue initiative. I’m still very much obsessed with our nation’s history. I’m now on a Congressional Commission called America 250, where I serve as one of the executive committee members appointed by Congress to start planning the nation’s 250th anniversary in 2026. I’m thrilled to again tell the story of our country in a way that I think should be told.

Pictured at top: Rosie Rios (in white) with her mother, Guadalupe Rios, and her children, Joey and Brooke, at Rios’ Treasury Award Ceremony in 2016. Photos courtesy of Rosie Rios.