The History of Women in the Republican Party

Women of the Grand Old Party 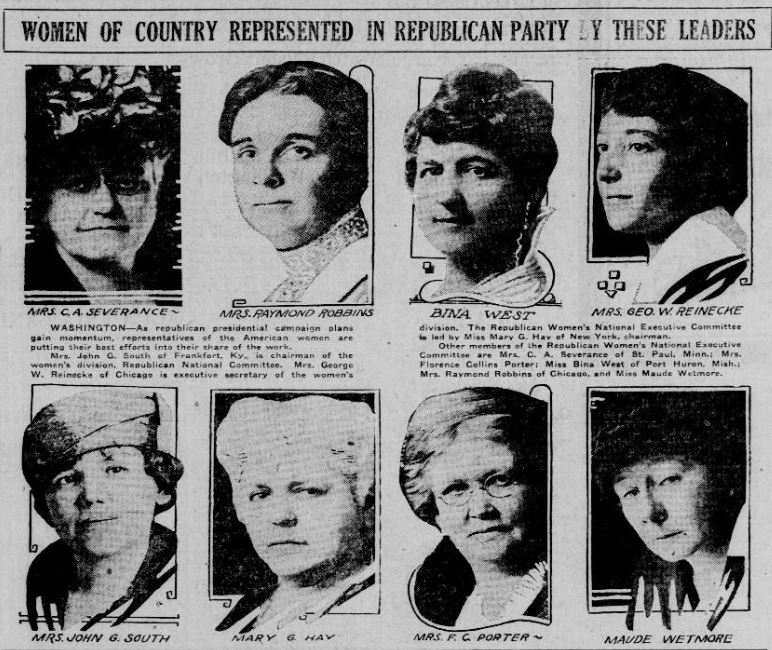 Though 19th-century women could not vote, they could and did align with political parties and ideologies. Average citizens demonstrated their partisan loyalties at rallies and public celebrations. And, this included women. The parties actively encouraged women’s personal allegiance. Being barred from political activity did not deter women’s political inclinations. 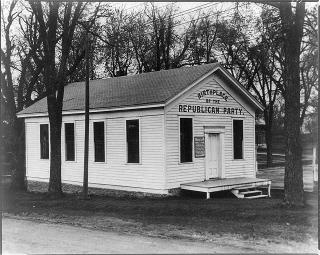 Birthplace of the Republican Party in Ripon, Wisconsin.

On March 20, 1854 “50 men, 3 women, and 1 child” met in a small, frame schoolhouse in Ripon, Wisconsin to discuss the creation of a new political party. A party to stand firm against the spread of slavery into the new western territories. They chose the name “Republican.”

Newspaper editor Horace Greely embraced the name as appropriate for “those who had united to restore the Union to its true mission of champion and promulgator of Liberty rather than propagandist of slavery.” Within six short years, the Republican party had achieved national status by electing its first president, Abraham Lincoln. 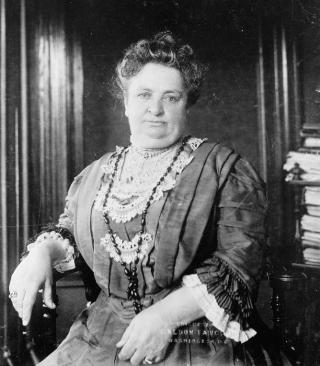 True to its antislavery foundation, the Republican party established itself as the national party of reform. Its antislavery stance attracted activist women to the party before the Civil War. Moreover, the party supported woman suffrage, endearing itself to reformers like Susan B. Anthony, Elizabeth Cady Stanton, and Lucy Stone, who self-identified as Republicans.

Acknowledgment of women in the party’s platforms in the 1870s and the creation of a Republican women’s auxiliary in the late 1880s kept women in the Republican fold after slavery ceased to be a political issue. Judith Ellen Foster founded the Woman’s National Republican Association in 1888, declaring that “woman is politics.” She challenged women to engage in partisan politics in order to reform society, which was a woman’s role. She built the WNRA into a substantial unit of the Republican party, and its members advocated for Republican candidates each election cycle.

I dare assert that woman's political influence has been a necessary factor in the progressive legislation which distinguishes our time. - Judith Ellen Foster

The first woman elected to federal office represented the Republican party. Montana voters elected Jeanette Rankin in 1916 as one of their first two members of the U.S. House of Representatives. They sent her four years before the 19thAmendment granted voting rights to U.S. women.

“I may be the first woman member of Congress,” she observed upon her election in 1916. “But I won’t be the last.” Rankin shepherded the woman suffrage amendment through Congress and rejoiced at its passage. 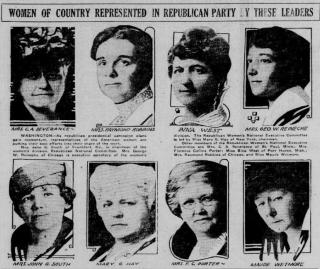 "Women of Country Represented in Republican Party by These Leaders" in Arizona Republican, January 27, 1920.

Perhaps it is not surprising, given its long history with women, that the first woman whose name was placed into nomination by a major party for the presidency was Republican Margaret Chase Smith. Chase Smith represented the state of Maine in Congress for 34 years, first in the House of Representatives and later in the Senate. She was the first woman elected to the Senate in her own right. Chase Smith brought 27 delegates to the 1964 Republican convention. President John F. Kennedy said of her in 1963, “I would think if I were a Republican candidate, I would not look forward to campaigning against Margaret Chase Smith in New Hampshire, or as a possible candidate for President. … She is a very formidable political figure.”

Republican women have carried on the tradition of public service to the present. Three Republican women followed in Chase Smith’s footsteps by running for president. Elizabeth Hanford Dole ran in 1998. Representative Michele Bachmann (R-Minnesota)—the first woman to win the Iowa straw poll—in 2011. And Carly Fiorina entered a crowded Republican primary race for the 2016 election. Twenty-two Republican women served in the U.S. House of Representatives and six in the Senate in the 114th Congress. Three women serve as state governors in 2016. Today’s Republican women stand on the shoulders of 164 years of GOP political women.

“The Origins of the Republican Party.” Ushistory.org. Accessed July 13, 2016.

Andrea Jenkins made history in 2017 when she became the first African American, openly transgender woman elected to public office in the United States.
READ MORE
.