Of the first four First Ladies, the least is known about Martha Jefferson. Though she died about 18 and a half years before Thomas Jefferson became president, she is still considered a First Lady because she is the only spouse he had. No portrait of her is known to exist and, like Martha Washington did with her letters to and from George, Thomas destroyed nearly all their personal communication after her death.

Martha Wayles was born in Virginia on October 19, 1748 to the wealthy family of John and Martha Wayles. Her mother died shortly after she was born due to complications from the birth. She was raised by her father, two stepmothers, and tutors. As a child, she was well educated and became an accomplished musician, singing and playing the pianoforte and spinet. When she was 18, she married Bathurst Skelton with whom she had a child named John. Less than two years after the marriage, Bathurst became ill and died in 1768.

After the acceptable period of mourning was over, the wealthy and (by all accounts) beautiful new widow began attracting many suitors, including Thomas Jefferson. Thomas fell in love with Martha nearly straightaway, however, she did not fell the same for him in the beginning. Her father also did not approve, believing Thomas to be of a low social status. Thomas proposed to Martha in early 1771, but she did not accept. Thanks to an encouraging letter written to him by a friend, Mrs. Drummond, Thomas continued to pursue the relationship. On one occasion, according to family lore, other potential suiters arrived to call on Martha only to find her playing music and singing with Thomas. The men promptly gave up their pursuit and went home. Bonding over their mutual love of music and literature, Martha accepted Thomas’ proposal by June 1771. Unlike marriages of generations past that considered monetary and social reasons for tying the knot over romantic feelings, the Jeffersons were part of a growing number of couples getting married out of love.

Their wedding was planned for later that summer. Before the wedding could take place, however, Martha’s son died at just three and a half years old. The heartbroken Martha and Thomas rescheduled the wedding. During their engagement, Thomas ordered a pianoforte as a wedding present for Martha, writing to an English merchant, “I have seen a Forte-piano and am charmed with it. Send me this instrument…Let the case be of fine mahogany, solid, not veneered…the workmanship of the whole very handsome, and worthy the acceptance of a lady for whom I intend it.” He also had his home, Monticello, renovated so it would be less of a bachelor pad and more of a family home. On December 23, he wrote out a wedding bond for the couple. In it, he described Martha as a “spinster” (later crossed out and replaced with “widow,” most likely by Martha’s brother-in-law and Thomas’ witness while writing the bond), seemingly unwilling to accept that someone had loved her before he. 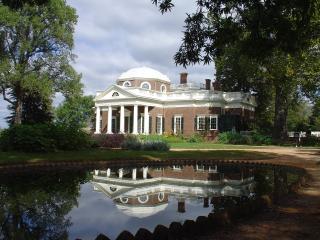 On January 1, 1772, Martha and Thomas were married at the Wayles home. After the wedding, they travelled through two feet of snow to have their honeymoon at Monticello. When they arrived, they found all the enslaved servants asleep, so they cozied up in Thomas’ small standalone office building on the property. The building is still known by its nickname, “Honeymoon Cottage.”

Nine months after she and Thomas were married, Martha gave birth to the first of the couple’s six children, also named Martha but called “Patsy.” Of her seven children she saw four die before her. Only Patsy and another daughter, Maria, survived childhood, and Patsy is the only one to live a long life. The loss of so many children took its toll on Martha, as did the pregnancies and childbirths themselves. Martha is described as frail and her health declined with each pregnancy, all were physically tough and left her bedridden. When Thomas was Governor of Virginia, she twice had to flee Richmond and Monticello with her children when the British raided both locations. The state of her health during and post-pregnancies kept Thomas as close to home as possible so he could be with his ailing wife, sometimes choosing local Virginia politics over national roles. John Hancock, president of the Continental Congress, asked him to go on a diplomatic trip to Paris, which he declined so he could stay home with Martha. During the summer of 1776, Thomas had been receiving letters from Martha asking him to come home from the Continental Congress as soon as he could because she was very ill. On September 1, 1776, Thomas Jefferson, the only delegate from the state of Virginia still in Philadelphia, left his state with no vote to attend to his wife. His fears were not unfounded – Martha, like her mother and her daughter Maria, eventually succumbed to the difficulties of childbirth. 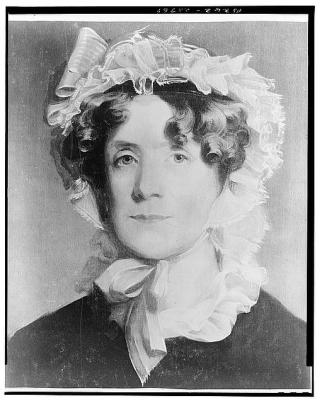 When she was in good health, Martha and Thomas spent their time reading with each other and performing musical duets for themselves and guests. They each seem to be equally devoted to the other. Martha also proved to be very adept at running a home and managing a large plantation. She was a good cook, skilled at needlepoint, and could come up with homemade remedies to treat light sickness. In addition to making and crafting household necessities, she also used the skills she learned while watching her father run his plantation. She maintained Monticello’s household accounts, keeping track of things, such as purchases, livestock, and how much soap or how many candles she made on a given day. During the Revolutionary War, “ladies’ associations” begun in many states with the goal of collecting money and making clothing for the Continental Army. In 1780, Martha Washington nominated Martha Jefferson for the head of Virginia’s ladies association. In a letter to Eleanor Conway Madison (the only surviving complete letter written by Martha), she says, “I undertake with chearfulness the duty of furnishing to my country women an opportunity of proving that they also participate of those virtuous feelings with gave birth to it.”

In May 1782, Martha gave birth to her last child and never recovered from the ordeal. Thomas wrote a letter to close friend, James Monroe, stating, “Mrs. Jefferson has added another daughter to our family. She has ever since and still continues very dangerously ill.” While on her deathbed, Martha and Thomas copied lines from one of their favorite novels, Tristram Shandy. Martha wrote, “Time wastes too fast: every letter I trace tells me with what rapidity life follows my pen. The days and hours of it are flying over our heads like clouds of a windy day never to return – more every thing press on –” Thomas finished, “and every time I kiss thy hand to bid adieu, every absence which follows it, are preludes to the eternal separation which we are shortly to make!” Thomas kept the paper they wrote the lines on with a piece of Martha’s hair wrapped around it for the rest of his life. On September 6, 1782, a devastated Thomas could only bring himself to write simply in his account book, “My dear wife died this day at 11:45 A.M.” Keeping a promise he allegedly made to Martha, he never remarried.

O'Brien, Cormac. Secret Lives of the First Ladies: What Your Teachers Never Told You About the Women of the White House. Philadelphia: Quirk Books, 2009.

As the lead plaintiff in a class-action lawsuit against the New York Times in 1974, Wade transformed the industry and newsrooms across the nation.
READ MORE
Biography

Lillian D. Wald helped to bring health care to the residents of New York’s Lower East Side at the turn of the twentieth century.
READ MORE
Exhibit

The timeline of suffrage varied greatly between states before reaching a national momentum and Latinas played a direct role in advancing the movement.
READ MORE
Lesson Plan

This lesson focuses on the life and trials of Anne Hutchinson, who fought for the rights of women in mid-17th century New England.
READ MORE
.