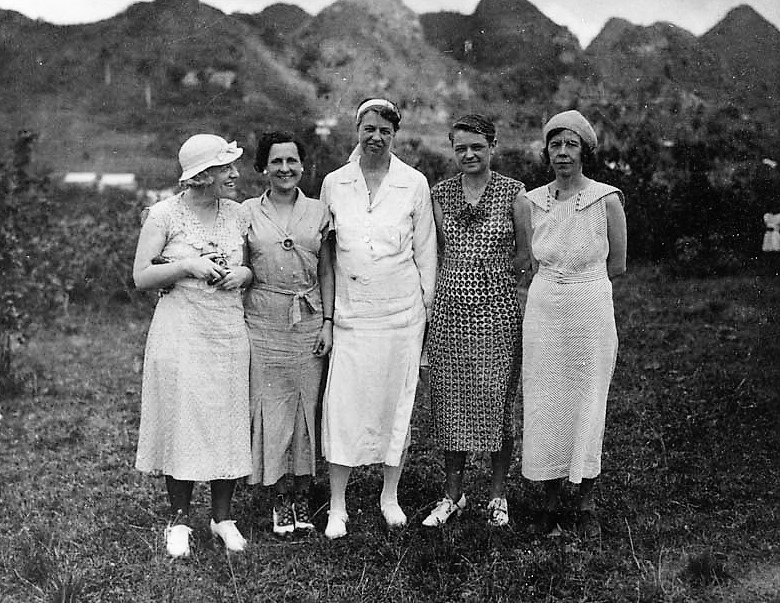 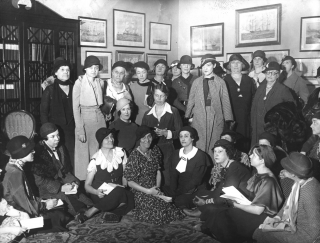 “We had it in the Red Room,” Eleanor Roosevelt told her friend, journalist Lorena Hickok, after the first White House press conference for women reporters, held on March 6, 1933, a mere two days after FDR’s inauguration as president. “Thirty-five came and of course there weren’t enough chairs to go around so some had to sit on the floor.” Open only to women, the weekly press conference—an idea suggested by Hickok—saved the jobs of women journalists and insured their access to news. “Unless women reporters could find something new to write about,” Eleanor Roosevelt recalled, “the chances were that some of them would lose their jobs in a very short time.” The press conferences would cover subjects “of special interest and value to the women of the country,” Mrs. Roosevelt stated; these subjects would not encroach on politics, or on what she called “my husband’s side of the news.” Over the next twelve years, the press conferences—348 of them—provided the First Lady with a national audience and invaluable publicity. 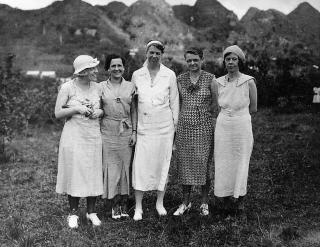 Women journalists exulted in the new opportunity. Eleanor Roosevelt initially knew few of them, except for Bess Furman, who had recently replaced Lorena Hickok at the Associated Press, and Ruby Black, whom the United Press had just hired. But admiration for the First Lady surged among reporters. Mrs. Roosevelt “entered breezily, with outstretched hand offered informally to those she recognized personally,” reporter Emma Bugbee told readers of the New York Herald Tribune. Sent to cover the inauguration in January, 1933, Emma Bugbee remained in Washington for months longer; by April, her stories appeared on the first page of her paper. For other women journalists, access to the First Lady meant job security, income, and professional status. The press conferences, wrote Ruby Black, brought a “New Deal for newswomen.” Martha Strayer, of the Washington Daily News, and Bess Furman of the AP kept transcripts of the conferences, along with ER’s devoted secretary, Malvina “Tommy” Thompson (Scheider), who took shorthand notes.

At first Eleanor Roosevelt adhered to her own ban of political topics. She told about her daily schedules, discussed the prints on the White House Walls, and shared low-cost menus for Depression-era households. But reporters pressed the First Lady for more news on public policy, and the press conference sessions soon broadened their scope. As early as April 1933 Eleanor Roosevelt provided a political scoop; she announced that beer would be served in the White House once Prohibition ended. By the end of 1933, according to UP reporter Ruby Black, the First Lady had defended low cost housing, the subsistence homestead program, equal pay for equal work, old age pensions, and the minimum wage. “Tea Pouring Items Give Way to Big News,” Black declared. “No newspaperwoman could have asked for better luck,” reporter Bess Furman recalled. The First Lady, she wrote, “conducts classes on scores of subjects, always seeing beyond her immediate hearers to ‘the women of the country.’” 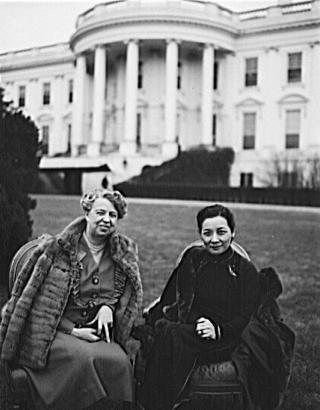 During World War II, security measures limited admission to the First Lady’s press conferences. Foreign dignitaries continued to visit. Madame Chiang Kai-Shek (Soong Mei-ling), First Lady of the Republic of China, took reporters’ questions on February 24, 1943. Eleanor Roosevelt discussed the problems she faced at the Office of Civilian Defense, where she served briefly as assistant director in 1941-1942, and reported on her voyage in the summer of 1943 to Pacific war zones; on these few occasions, the First Lady’s White House press conferences admitted men as well as women.

Eleanor Roosevelt held her last White House press conference on April 12, 1945, a few hours before FDR died in Warm Springs, Georgia. She began the session, as she often did, with a preview of her week’s schedule. She spoke on the expected Allied victory in Europe, on United States attitudes toward a defeated Germany, and the need for an international organization of nations, “so all the world’s opinion will have a clearing place.” A reporter asked: “How soon will the State and War Departments inform as to what they find in Germany?” Eleanor Roosevelt answered: “As soon as they can arrive at the truth.” Just before the final press conference closed, the First Lady discussed an organizational meeting to be held in San Francisco to form the United Nations. By the year’s end, FDR’s successor, President Harry S. Truman, had appointed Eleanor Roosevelt as a United States representative to the first UN meeting on January 1, 1946. 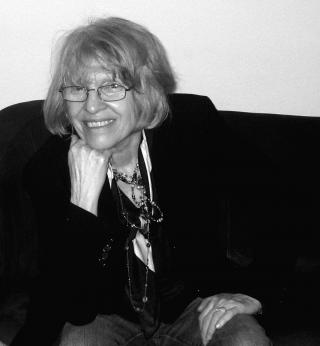 Nancy Woloch’s books include Women and the American Experience and A Class by Herself: Protective Laws for Women Workers, 1890s-1990s, winner of the Philip Taft Labor History Book Award, the William G. Bowen Award, and honorable mention for the David. J. Langum Sr. Prize in Legal History/Biography. Her most recent book is Eleanor Roosevelt: In Her Words. She is a member of the History department at Barnard College, Columbia University. 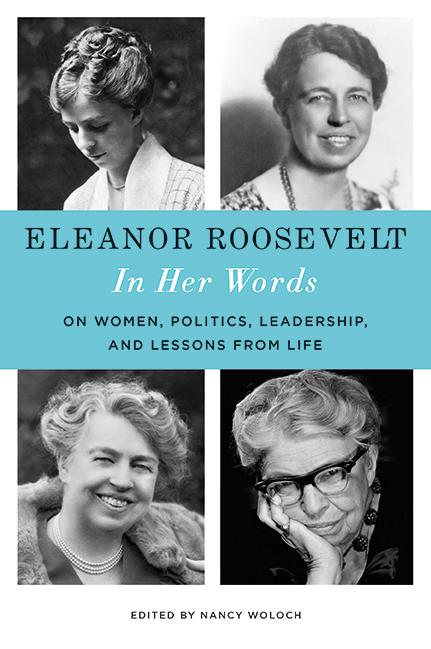 Furman, Bess. Washington by-line: The personal history of a newspaper woman. New York: A. A. Knopf, 1949.