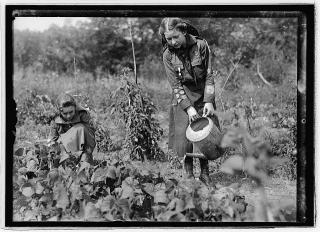 After the United States declared war in 1917, it dedicated considerable resources to support the war effort of the Allies. World War I was a total war, requiring men, women, and even children to work in support of the nation during the conflict. While young men went off to fight, women took on added responsibilities in and outside of the home.

Children’s contributions to the war were encouraged by the government and by society in general. Girls and boys helped the war effort in innumerable ways. One significant way was by participating in volunteer organizations. Three significant groups for girls at this time were the Girl Scouts of America, 4-H, and Camp Fire Girls. Each of these groups helped their country during the war through their labor and indirect financial assistance. 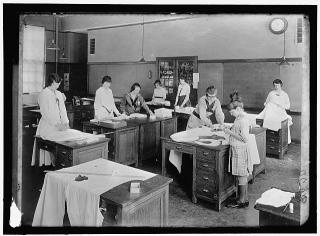 The earliest of the organizations, the Camp Fire Girls, was founded in 1910 by Luther and Charlotte Vetter Gulick. Until 1930, it was the largest national association for girls. The Girl Guides, or as it more commonly known today, the Girl Scouts, was founded in the United States by Juliette Gordon Low in 1912. Low created the organization after much encouragement from Lord Robert Baden-Powell, founder of the Boy Scouts in England. With the passage of the Smith-Lever Act in 1914 by the US Congress, 4-H groups for boys and girls were created nation-wide. Each of these organizations were founded on the principles of service in the community, duty to the country, citizenship, and the betterment of self and society. 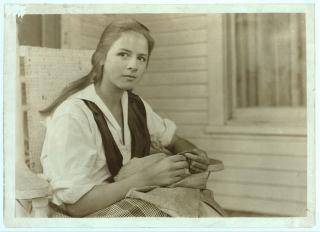 All three groups focused on teaching domestic skills. Girls were trained how to care for those in the home and their community by learning skills such as cooking, sewing, and first-aid. These skills would be used in new and creative ways by the girls in all three groups during World War I.

The US government’s ability to pursuit war rested largely on its capacity to raise funds to pay for its military activities. To gain the additional capital that it needed, the government sold war bonds and stamps to the public. People bought the war bonds and stamps in an effort to patriotically support the country. Bonds enabled the buyer to earn a small profit from the interest rate on the bond, which was paid to the bond owner when it was redeemed. Bond drives were held throughout the country, and many people in the community helped to sell bonds at these events. 4-H, Girl Scouts and Camp Fire Girls participated in these bond drives and helped to raise great sums of money for the war effort. In 1918, the Camp Fire Girls sold $1,000,000 in Liberty Loans, while the Girl Scouts raised over $3,000,000 in one bond drive. 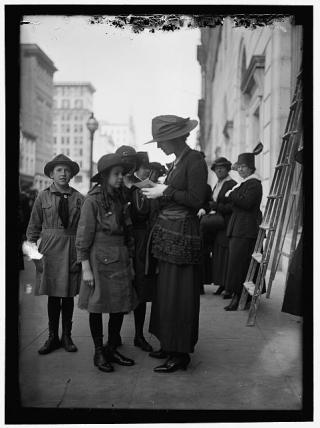 Many girls in these organizations were also involved in helping other volunteer groups support the needs of the home front and soldiers. Camp Fire Girls, for example, provided childcare for European orphans who were refugees in the United States. Girl Scouts worked with the Red Cross to roll bandages and knit goods for servicemen. 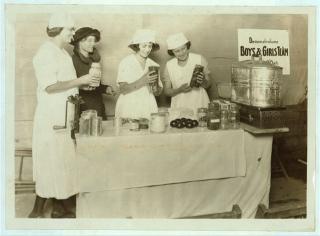 All three volunteer groups played a key role in supporting the nation’s food supply during the war. Farms were called on to expand their agricultural output, while women and families were charged with using food wisely to reduce waste and conserve resources. Within 4-H garden clubs and canning clubs worked towards providing more food. Girls in 4-H and Girl Scouts became home demonstrators, showing others how to preserve and can food in their homes and communities. The Camp Fire Girls worked to maintain 70,000 gardens during WWI.

Through their varied and community-wide activities the Girl Scouts, 4-H, and Camp Fire Girls made a significant and lasting impact on the United States during WWI. 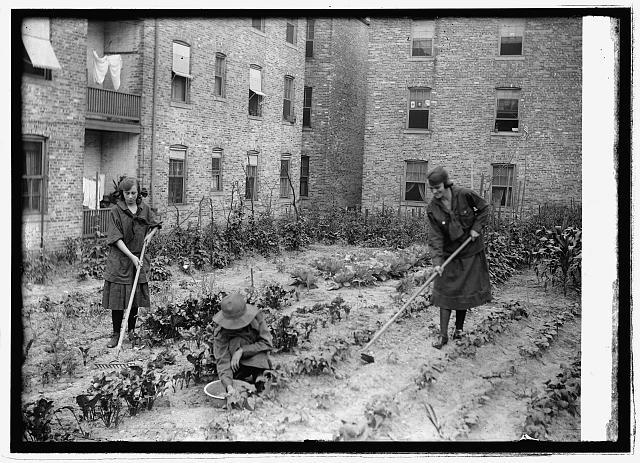 Cecilia Chung is a groundbreaking advocate for the transgender community and those living with HIV/AIDS.
READ MORE
.