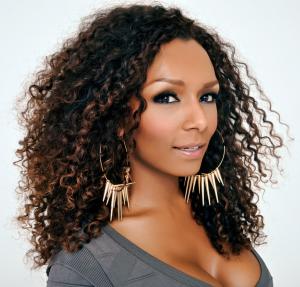 New York Times bestselling author Janet Mock continues to make history as a writer, director, and advocate. In 2018, Mock became the first transgender woman of color to write and direct an episode of television. Most recently, she signed a three-year multimillion-dollar contract with Netflix, making her the first openly transgender woman of color to sign a deal with a major content company. Mock hopes that her creations will continue to “empower people and equip them to tell their own stories.”[1]

Janet Mock was born on March 10, 1983 in Honolulu, Hawaii. The second of five children, she was born as Charles. Her father is an African American man named Charlie Mock III, and her mother Elizabeth is Hawaiian and European. In her memoir, Janet Mock recalls knowing at a very young age that she was a girl born in a boy’s body. After living back and forth between Honolulu and Dallas, Mock lived most of her childhood in Hawaii where she was surrounded by transgender friends and teachers. By the end of her freshman year of high school, she began the process of hormonal transitioning. She started hormone therapy during her sophomore year with the help of her friend Wendi, who started the process a year before. When Mock was 18 years old, she started school at the University of Hawaii at Manoa. In the middle of her first year, she went to Thailand to have gender reassignment surgery. She chose her new first name Janet after Janet Jackson. Mock then graduated from college in 2004 with her degree in Fashion Merchandising.

After graduating from the University of Hawaii at Manoa, Mock moved to New York to attend New York University for journalism. She graduated with her master’s degree in 2006 and began working for People Magazine’s website. Mock worked at People.com for five years, eventually becoming a Web editor. In 2011, she told her story in a magazine article published by Marie Claire after learning about the many transgender children that were committing suicide. She decided to tell her story as a form of encouragement. She also submitted a video to the “It Gets Better” public service campaign in 2011 to encourage children that have been bullied in school because of their gender, sexuality, or sexual orientation. In 2012, Mock left her position at People and signed a contract to write a book about her early years. Her first book, Redefining Realness: My Path to Womanhood, Identity, Love & So Much More was published in 2014 and quickly became a New York Times bestseller. This book was the first biography written from the perspective of a young trans person.

After her first book, Mock continued to work in media and print. She produced the HBO documentary The Trans List, created the Allure magazine column “Beauty Beyond Binaries,” started an interview podcast series called Never Before with Pineapple Street Media, and served as a correspondent for Entertainment Tonight, a contributing editor for Marie Claire, and a host for MSNBC. She also started a social media campaign in 2012 called #GirlsLikeUs to empower transgender women. Mock joined the board of directors at the Arcus Foundation a year later to advocate for LGBT rights. In 2014, Mock was interviewed by Oprah Winfrey for Super Soul Sunday, and has been interviewed by countless other media outlets. Mock has also been honored by the Ms. Foundation, Planned Parenthood, Feminist Press, GLSEN, Shorty Awards and the Sylvia Rivera Law Project. In addition, her name has been featured on multiple lists including; TIME magazine’s “100 Most Influential People list,” Variety magazine’s “Power of Women” list, Ebony magazine’s “Ebony 100,” Fast Company’s “Most Creative People in Business,” and Oprah magazine’s “SuperSoul100.”

On January 21, 2017, Mock was a speaker at the Women’s March on Washington. During this march, millions of people gathered to advocate for women’s rights. This same year, her second memoir called Surpassing Certainty: What My Twenties Taught Me was published. Mock then began working on scripted television shows. She wrote, directed, and produced episodes of the TV series Pose on FX. Her script for the episode called “Love Is the Message,” made her the first trans woman of color to write and direct an episode of television. Most recently, Mock has signed a deal with Netflix to create content for their website. This deal made her the first openly transgender woman of color to sign a deal with a major content company. She will also serve as an executive producer and director on Ryan Murphy’s new Netflix series “Hollywood.”