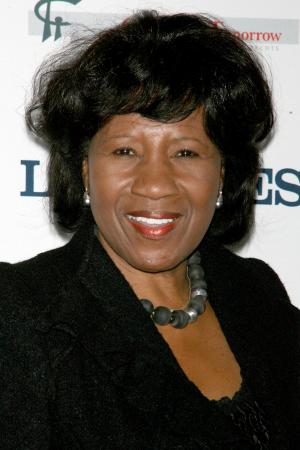 Known as the mother of the greatest basketball player of all time, Deloris Jordan is more than just Michael Jordan’s mom. Mrs. Jordan has established multiple charities and has served as the President and Founder of the James R. Jordan Foundation for almost two decades. She has also established the Kenya Women and Children's Wellness Centre in Nairobi, Kenya.  Honored with the Clinton Global Initiative Award in 2005, she continues to give back to her community through the programs she develops.

Deloris Jordan was born as Deloris Peoples in September of 1941. She was born in Rocky Point, North Carolina and attended Charity High School in Rose Hill, North Carolina. While at a school basketball game in 1954, she met a fellow classmate on the basketball team named James Raymond Jordan Sr. Although her brothers would often play basketball with Jordan Sr. at the Pender County Training School, she met him for the first time at their school game. Shortly after, Jordan Sr. asked her father for permission to take her out on a date. The couple quickly fell in love and dated for the next three years. After high school, she moved to Alabama to attend a trade school, while Jordan Sr. joined the Air Force and moved to San Antonio, Texas. By 1956, Jordan Sr. was transferred to a base in Virginia and she relocated with him. The couple got married and welcomed their first child in 1957 named James Ronald "Ronnie" Jr.

By the time they welcomed their daughter named Deloris, Jordan Sr. decided not to go back to the Air Force and began working in a textile mill instead. The couple then built their first home together and had their third child, Larry. Three years after their son was born, Mrs. Jordan and her husband moved to New York so he could attend a trade school. While in New York, she became a bank teller and her husband trained to become a mechanic. During this time, Mrs. Jordan became pregnant and gave birth to Michael Jordan on February 17, 1963. Her son Michael would go on to become one of the most successful, and first billionaire basketball player in NBA history. Shortly after her son was born, Mrs. Jordan and her family moved back to Wilmington, North Carolina. She welcomed her youngest daughter, Roslyn, while still living in North Carolina. Jordan encouraged her children to focus on their education and church, in addition to their many after-school activities. By 1984, her son Michael began playing basketball professionally while still in college. As his success began to grow, Deloris and Michael Jordan decided to find ways to give back to the community.

In 1989, Mrs. Jordan and her son co-founded the Michael Jordan Foundation to raise money for disadvantaged children. Not only was she the President of the foundation, but she also began the Michael Jordan Education Club that encouraged students to improve their grades and attendance. In 1993, six of the club participants earned a trip to Kenya, Africa. Unfortunately, that same year, Mrs. Jordan’s husband was murdered in his car. Two years later, she decided to move to Chicago where her son was a member of the Chicago Bulls basketball team. In 1996, the Chicago Bulls team collaborated with the Jordan family to build a youth center to honor James Raymond Jordan Sr. after his death. The Michael Jordan Foundation was closed to focus on developing the James R. Jordan Boys & Girls Club and Family Life Center in 1997. The success of the Center inspired Mrs. Jordan to establish the James R. Jordan Foundation to provide more academic support for underprivileged children. She has continued to serve as President and Founder of the foundation for almost two decades.

Through the James R. Jordan Foundation, Mrs. Jordan continues to provide support for children and families in the community. She launched many initiatives including; the Vision for Families Program, The A-Team Scholars program, the Time Out Summer Camp, the Reading Together Program, and the S.T.E.A.M. program. Her foundation also formed partnerships with elementary schools in the Chicago area, and in 2009 she established the James R. Jordan Foundation International in collaboration with other international organizations. Through this international branch, Mrs. Jordan built the Kenya Women and Children's Wellness Centre in Nairobi, Kenya. She currently serves as the Founder, Chairperson, and President. In addition to her charity work, Mrs. Jordan is a New York Times Bestselling author, and serves on the board of the Jordan Institute for Families at the University of North Carolina School of Social Work. She currently lives in Chicago, Illinois.

Taking a Stand, Part I