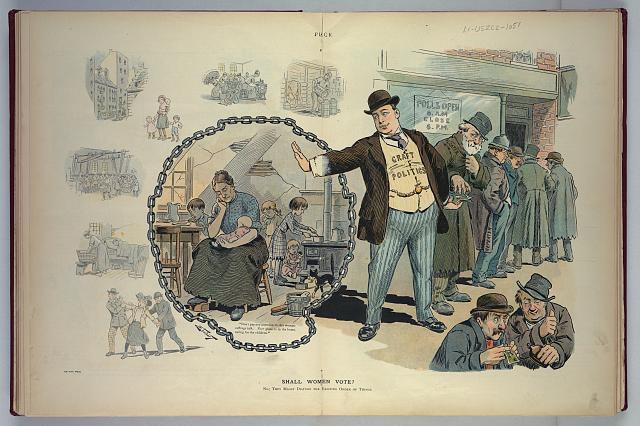 Image courtesy of the Library of Congress

Illustration shows a man labeled "Graft Politics" paying, with his left hand, a tramp labeled "Floater" at the end of a line of tramps outside a polling place, while with his right hand he attempts to stop a woman from speaking out for women's suffrage; vignette scenes show women working in sweatshops, children taking care of younger children, living in tenement housing, working in factories, and being arrested.