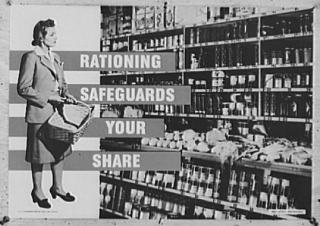 Propaganda was an important part of helping America wage war in the 1940s. The US government, non-governmental organizations, and manufacturing companies each produced propaganda, which attempted to shape people’s activities at home and abroad.

As part of it efforts to combat fascism, distribute propaganda abroad and gather intelligence, the US government set up the Office of Strategic Services in June 1942. The organization was the forerunner to the Central Intelligence Agency (CIA). Employing both men and women, the OSS operated all over the world. At its peak in 1944, 13,000 people were working for the organization.

In June 1942, President Franklin Roosevelt signed Executive Order 9182, and the Office of War Information (OWI) was created. This branch of the federal government was tasked with providing Americans and people living abroad with information about the war. The public was suspicious of the term “propaganda” as it implied untruths. The OWI needed to carefully inform and educate the public about the war, without giving false or misleading information.

Elmer Davis, a CBS newsman, was asked to run the OWI. The organization was divided into different bureaus which worked in all types of media to produce information for the war effort. These bureaus included: the Radio Bureau, the News Bureau, the Bureau of Motion Pictures, and the Foreign News Bureau. 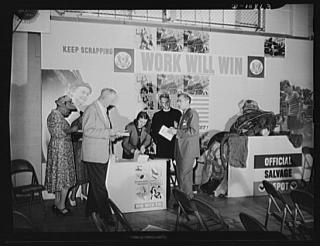 The Bureau of Motion Pictures worked with the film industry in Hollywood to make movies and short films that highlighted America’s war efforts. The Walt Disney film studio played a particularly prominent role in producing propaganda. During the war, approximately 90% of the films made by Disney were produced for the US military. Many of these were training films for the military.  Other short animated films were shown to civilian audiences such as Private Pluto, Commando Duck and Der Fuehrer's Face, which featured Pluto and Donald Duck, and emphasized themes of patriotism, freedom, and democracy.

Non-profit and non-governmental organizations also produced propaganda for the American home front. The most important of these groups was the Writers’ War Board. Created in January 1942, the Board sought to promote US war aims and government policies. Although the OWI could not produce material considered to be “propaganda”, the Writers’ War Board was under no such restriction. It was eager to help the OWI by producing a wide variety of propaganda. 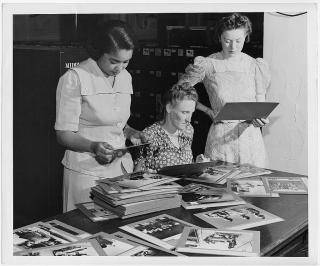 The OWI was chaired by Rex Stout, a best-selling fiction author. The Board produced propaganda materials for every form of media including: radio, newspapers, magazines, and comic books. Authors were not paid for their activities, but worked as volunteers. These writers were often well-known and included historians, journalists, and novelists. Many of the contributors to the Writers’ War Board’s activities were famous women writers and academics including Margaret Leech, Katharine Seymour, and Pearl S. Buck. 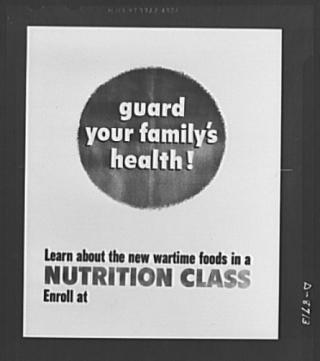 Poster distributed by OWI to Office of Civilian Defense councils

American manufacturing companies also created their own in-house propaganda to encourage their workforce and boost production. Westinghouse Corporation, a large manufacturing firm, produced its own wartime propaganda to motivate employees. One of the men hired to create its propaganda materials was advertising agent, J. Howard Miller. During the war, Miller produced eleven posters for the Westinghouse Corporation to be displayed within their factories. Each poster was shown for approximately two weeks at a time. One of Miller’s posters was the February 1943 poster, “We Can Do It!,” representing Rosie the Riveter. This poster was produced and displayed only to factory workers at the Westinghouse Corporation. While the poster was little known outside of the factories during the war, today, it has become a popular poster linked with World War II.

From 2022 through 2025, the Mint will design and issue five quarters annually that feature reverse designs honoring a diverse group of women whose achievements, triumphs, and legacies reflect the strength and resilience of our nation.
READ MORE
General