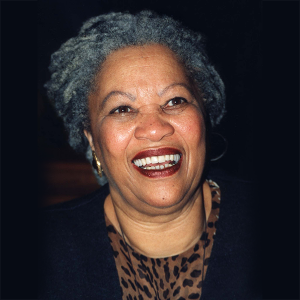 Toni Morrison is one of the most celebrated authors in the world. In addition to writing plays, and children’s books, her novels have earned her countless prestigious awards including the Pulitzer Prize and the Presidential Medal of Freedom from President Barack Obama. As the first African-American woman to win the Nobel Prize in Literature, Morrison’s work has inspired a generation of writers to follow in her footsteps.

Toni Morrison was born on February 18, 1931 in Lorain, Ohio. The second of four children, Morrison’s birth name was Chloe Anthony Wofford. Although she grew up in a semi-integrated area, racial discrimination was a constant threat. When Morrison was two years old, the owner of her family’s apartment building set their home on fire while they were inside because they were unable to afford the rent. Morrison turned her attention to her studies and became an avid reader. She was able to use her intellect on the debate team, her school’s yearbook staff, and eventually as a secretary for the head librarian at the Lorain Public Library. When she was twelve years old, she converted to Catholicism and was baptized under the name Anthony after Saint Anthony of Padua. She later went by the nickname “Toni” after this saint.

In 1949, Morrison decided to attend a historically black institution for her college education. She moved to Washington, D.C. to attend Howard University. While in college, Morrison experienced racial segregation in a new way. She joined the university’s theatrical group called the Howard University Players, and frequently toured the segregated south with the play. In addition, she witnessed how racial hierarchy divided people of color based on their skin tone. However, the community at Howard University also allowed her to make connections with other writers, artists, and activists that influenced her work. After graduating with a bachelor’s degree in English, Morrison attended Cornell University to earn the Master of Arts in English. When she graduated in 1955, she began teaching English at Texas Southern University but returned to Howard University as a professor. While back at the university, Morrison taught the young civil rights activist Stokely Carmichael, and met her husband Harold Morrison. The couple had two children, Harold and Slade.

After teaching at Howard University for seven years, Morrison moved to Syracuse, New York to become an editor for the textbook division of Random House publishing. Within two years, she transferred to the New York City branch of the company and began to edit fiction and books by African-American authors. Although she worked for a publishing company, Morrison did not publish her first novel called The Bluest Eye until was she was 39 years old. Three years later, Morrison published her second novel called Sula, that was nominated for the National Book Award. By her third novel in 1977, Toni Morrison became a household name. Song of Solomon earned critical acclaim as well as the National Book Critics Circle Award. The success of her books encouraged Morrison to become a writer full time. She left publishing and continued to write novels, essays, and plays. In 1987, Morrison released her novel called Beloved, based on the true story of an African-American enslaved woman. This book was a Bestseller for 25 weeks and won countless awards including the Pulitzer Prize for Fiction. In 1993, Morrison became the first Black woman to win the Nobel Prize in Literature. Three years later, she was also chosen by the National Endowment for the Humanities to give the Jefferson Lecture, and was honored with the National Book Foundation’s Medal of Distinguished Contribution to American Letters.

Morrison’s work continued to influence writers and artists through her focus on African American life and her commentary on race relations. In 1998, Oprah Winfrey co-produced and starred in the film adaptation of Morrison’s book, Beloved. The film also starred major Hollywood actors including Danny Glover, Thandie Newton, and Kimberly Elise. Following this, Morrison’s books were featured four times as selections for Oprah’s Book Club. While writing and producing, Morrison was also a professor in the Creative Writing Program at Princeton University. Her work earned her an honorary Doctorate degree from the University of Oxford, and the opportunity to be a guest curator at the Louvre museum in Paris. In 2000, she was named a Living Legend by the Library of Congress. Morrison also wrote children’s books with her son until his death at 45 years old. Two years later, Morrison published the last book they were working on together and received the Presidential Medal of Freedom in that same month. In June of 2019, director Timothy Greenfield-Sanders released a documentary of her life called Toni Morrison: The Pieces I Am. Morrison passed away two months later from complications of pneumonia.