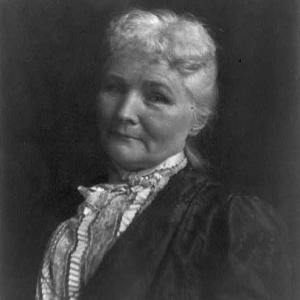 The most famous female labor activist of the nineteenth century, Mary Harris Jones—aka “Mother Jones”—was a self-proclaimed “hell-raiser” in the cause of economic justice. She was so strident that a US attorney once labeled her “the most dangerous woman in America.”

Born circa August 1, 1837 in County Cork, Ireland, Jones immigrated to Toronto, Canada, with her family at age five—prior to the potato famine with its waves of Irish immigrants.

She first worked as a teacher in a Michigan Catholic school, then as a seamstress in Chicago. She moved to Memphis for another teaching job, and in 1861 married George Jones, a member of the Iron Molders Union. They had four children in six years. In 1867, tragedy struck when her entire family died in a yellow fever epidemic; she dressed in black for the rest of her life.

Returning to Chicago, Jones resumed sewing but lost everything she owned in the Great Chicago Fire of 1871. She found solace at Knights of Labor meetings, and in 1877, took up the cause of working people. Jones focused on the rising number of working poor during industrialization, especially as wages shrunk, hours increased, and workers had no insurance for unemployment, healthcare or old age.

Jones first displayed her oratorical and organizing abilities in Pittsburgh during the Great Railroad Strike of 1877. She took part in and led hundreds of strikes, including those that led to the Haymarket riot in Chicago in 1886. She paused briefly to publish The New Right in 1899 and a two-volume Letter of Love and Labor in 1900 and 1901.  A beloved leader, the workers she organized nicknamed her “Mother Jones.”

Beginning in 1900, Jones focused on miners, organizing in the coal fields of West Virginia and Pennsylvania. For a few years, she was employed by the United Mine Workers, but left when the national leadership disavowed a wildcat strike in Colorado. After a decade in the West, Jones returned to West Virginia, where, after a violent strike in 1912-1913, she was convicted of conspiracy to commit murder. Public appeals on her behalf convinced the governor to commute her twenty-year sentence. Afterward she returned to Colorado and made a national crusade out of the tragic events during the Ludlow Massacre, even lobbying President Woodrow Wilson. Later, she participated in several industrial strikes on the East Coast between 1915 and 1919 and continued to organize miners well into her nineties.

Despite her radicalism, Jones did not support women’s suffrage, arguing that “you don’t need a vote to raise hell.” She pointed out that the women of Colorado had the vote and failed to use it to prevent the appalling conditions that led to labor violence. She also considered suffragists unwitting dupes of class warfare. Jones argued that suffragists were naïve women who unwittingly acted as duplicitous agents of class warfare.

Although Jones organized working class women, she held them in auxiliaries, maintaining that—except when the union called—a woman’s place was in the home. A reflection of her Catholic heritage, she believed that men should be paid well enough so that women could devote themselves to motherhood.

In 1925, she published her Autobiography of Mother Jones. She is buried in the Union Miners Cemetery in Mount Olive, Illinois.

Students will use primary and secondary resources to introduce themselves to the life and works of Frances Perkins, the first female cabinet member who served as the Secretary of Labor.
READ MORE