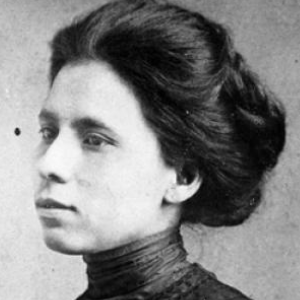 As a Mexican-American journalist, activist, and suffragist, Jovita Idár often faced dangerous situations. However, she never backed down from a challenge. She single-handedly protected her newspaper headquarters when the Texas Rangers came to shut it down, and crossed the border to serve as a nurse during the Mexican Revolution. Idár bravely fought the injustices in her time.

Jovita Idár was born in 1885 in Laredo, Texas. One of eight children, Idár’s parents were Jovita and Nicasio Idár. Her father Nicasio, was a newspaper editor and a civil rights advocate. From an early age, Idár was exposed to journalism and political activism. She attended a Methodist school in Texas called the Holding Institute where she earned a teaching certificate in 1903. Idár immediately began teaching, but soon resigned due to the segregation and poor conditions for Mexican-American students. During this time, the Mexican-American community in Texas also frequently faced violence and lynching. Idár started working for her father’s newspaper La Crónica, where two of her brothers were already working. The paper was a source of news and activism for Mexican-American rights. she often wrote articles speaking about racism and supporting the revolution in Mexico. In 1911, Idár and her family organized the First Mexican Congress to unify Mexicans across the border to fight injustice. The congress discussed many issues including education and lack of economic resources.

After the Congress, Idár wrote an article for La Crónica supporting women’s suffrage and encouraging women to vote. Idár and her brothers began to advocate for women’s rights and continued to write about women’s suffrage in a positive light. In October of 1911, she founded and became the first president of La Liga Feminil Mexicaista (the League of Mexican Women). This feminist organization started their activism by providing education for Mexican-American students. A few years later, Idár decided to go to Mexico to take care of the injured during the Mexican Revolution. She served as a nurse and eventually joined a group similar to the Red Cross called La Cruz Blanca. Later that year, she returned to Texas and began working at the El Progreso newspaper. While she was there, she wrote an article protesting President Woodrow Wilson’s decision to send Unites States troops to the border. The Unites States Army and the Texas Rangers did not like that she spoke out, so they went to the offices of El Progreso to shut it down. When the Rangers arrived, Idár stood in front the door and would not let them in. However, they returned later and forced El Progreso to shut down.

Even though the Rangers shut down El Progreso, Idár continued to write and advocate for the fair treatment of Mexican-Americans. She went back to La Crónica and soon started running the newspaper when her father passed away in 1914. A few years later, Idár married Bartolo Juárez and moved to San Antonio, Texas. She became active in the Democratic Party in Texas and promoted equal rights for women. She also became an editor of a publication for the Methodist Church called El Heraldo Cristiano. Idár remained committed to her community by volunteering in a hospital as an interpreter for Spanish-speaking patients, and started a free kindergarten for children. She was known for saying, “when you educate a woman, you educate a family.”[1] Jovita Idár died in San Antonio, Texas in 1946.