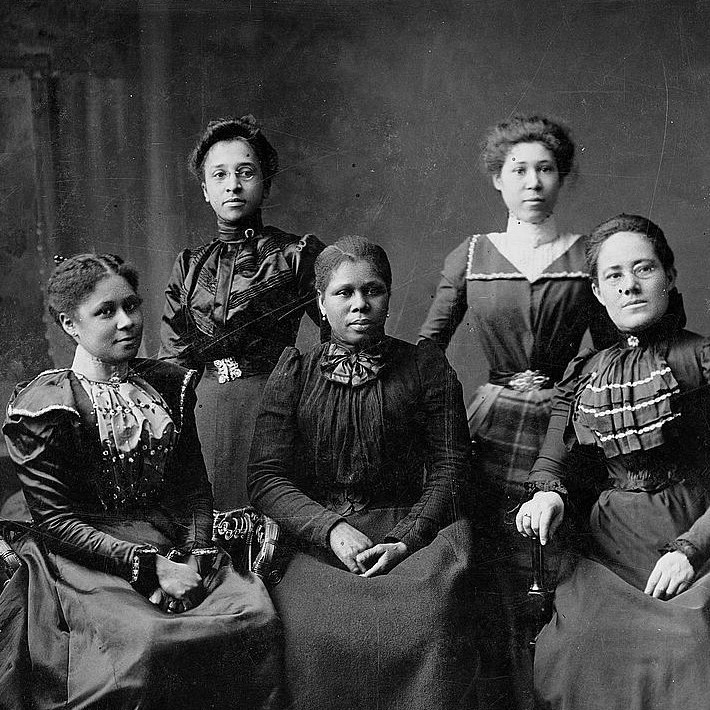 150 years ago, Americans believed that a woman’s place was in the home. Bright, curious, and ambitious women found few other places to display their talents. After household care, benevolent work at church and patriotic fundraising for Civil War soldiers were the only outlets that permitted women to contribute to shaping the public world. Education and career opportunities were few. Skill-building, beyond needlework, was deemed unnecessary. Political activism, civic reform, and community involvement were regarded as outside the realm of big-hearted mothers and wives who should focus on loving their families and providing a good example of moral behavior.

A few brave women in New York and Boston challenged these constraints in the late 1860s and soon persuaded the general population of middle-class American women to form voluntary organizations in their neighborhoods to defy custom, undertake serious study of intellectual topics and current events, and organize for social reforms at the local, state, and national levels. All this well before they saw the right to vote to effect change at the ballot box!

In the years between the 1870s and 1920s, women’s clubs became the major vehicle by which American women could exercise their developing talents to shape the world beyond their homes. Although the twentieth century would deliver increasing educational, professional, and business venues for women to make use of their intellect, training, and creativity, hundreds of clubs continued to function in this country into modern times, providing members with regular meetings in order to network, learn about social issues, identify civic problems, and devise solutions through volunteer power. 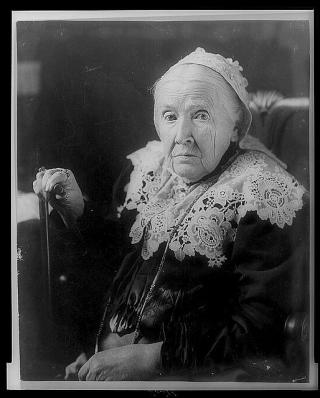 It was journalist Jane “Jennie June” Croly in New York and anti-slavery advocate Julia Ward Howe in Boston who first brought together their peers, in 1868, to usher in the women’s club movement that would sweep the nation by the turn of the century. These women decided to ignore customary restrictions and insisted on developing their minds and communities by meeting regularly in order to learn about the great ideas of the past and contemporary urban problems together. In particular, they came to target limitations on the lives of women and children and sought to do something about them. They valued education and called for women’s admittance to institutions of higher learning, but they also addressed the abysmal conditions of working girls in factories and appealed for the amelioration of workplace abuses. 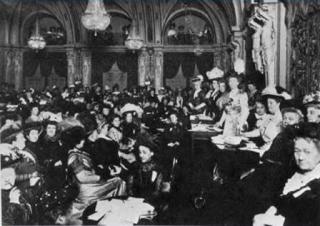 General Federation of Women's Clubs in the early 20th century.

Soon women throughout the United States, in small towns and large cities, embraced the club format to bolster their association with like-minded neighbors. Some enjoyed the long overdue study of literature, history, and geography. Others stressed reform and initiated scholarships for girls, improved street lighting, environmental protections, and free milk clinics for impoverished mothers. By 1890, a General Federation of Women’s Clubs was founded to assist the nation’s clubwomen in benefitting from the experiences of other clubs. The organization, which still exists in Washington, DC, provided publications and regular conventions for members to swap success stories about the educational and reform projects that they had attempted. Jane Croly’s massive book The History of Women’s Clubs in America, published in 1898, attests to the impressive number of clubs and staggering ambition of members in the era before the twentieth century. By 1910, membership totaled 800,000 women, and the numbers would rise until 1926. 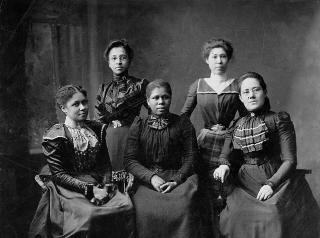 Officers of the Women's League of Newport, Rhode Island. Circa 1899

At first, club membership tended to be exclusive. In general, white, Protestant women of comfortable means, with husbands in positions of local prominence and servants who carried out domestic tasks, tended to form and join clubs. Once their youngest children were in school, mothers felt free to hold meetings once or twice a month, September through June. Gradually, the club idea grew among excluded populations, including religious, racial, and ethnic minorities and wage-earning women, who founded clubs of their own. Small groups held meetings in members’ homes. Larger and more affluent groups built clubhouses with posh facilities to host meetings, classes, and events for members as well as the community. The two largest clubs in the nation in the 1920s were located in Los Angeles. The Friday Morning Club and Wilshire Ebell, each with an enrollment of over two thousand members, could therefore marshal significant pressure on government officials to improve local parks, playgrounds, libraries, workplace safety, clean water, and a wide range of other reforms for the community. Our entire nation is dotted with grand clubhouses that represent the heyday of women’s organizational efforts in our past: the Woman’s University Club and Woman’s Century Club in Seattle, Ebell in Los Angeles, Worcester (Massachusetts) Women’s Club, Baton Rouge (Louisiana) Women’s Club, Victoria (Texas) Women’s Club, Barnesville (Georgia) Women’s Club, to name but a few. Their histories are replete with major and minor improvements instigated by the members through their clubs.

As modern women pushed to break more and more glass ceilings in business, politics, and the professions, clubs ceased to remain key venues for women to develop and spend their organizational skills. Club work did continue, meeting community needs as they arose, notably through charitable efforts during the Great Depression of the 1930s, war relief efforts during World War II in the 1940s, and suburban community building in the 1950s. But clubs did not continue to attract the numbers of women that they had prior to the 1920s. Recent years have seen the closure of many once-esteemed women’s clubs, but others are enjoying revitalization through interest from today’s women, eager to reconnect with peers and enrich their lives by advancing the livability of their communities.

Originally published in Volume 19 of A Different Point of View.

Cecilia Chung is a groundbreaking advocate for the transgender community and those living with HIV/AIDS.
READ MORE
.