Women of the Woodstock Nation 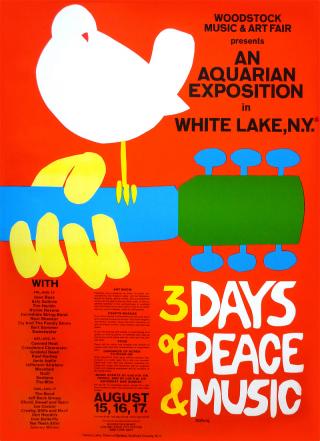 Today marks the 44th anniversary of the first day of the Woodstock Music & Art Fair that was held on Max Yasgur's farm in Bethel, New York from August 15-18, 1969. Overall, 10 women performed on the main stage at the festival, in front of the over 400,000 people in attendance. This article celebrates four of those women who have stood out over time as symbols of the Woodstock generation.

When Melanie Safka got the Woodstock gig, it was not because she was a mega star. In fact, she had only performed in small coffee shops around Greenwich Village and was basically unknown as a musician outside of that neighborhood. She worked in the same office building as the Woodstock organizers and asked if she could play. Out of the 32 acts to grace the Woodstock stage, Melanie, John Sebastian, and Country Joe McDonald (his first set sans the Fish), were the only ones to perform solo. 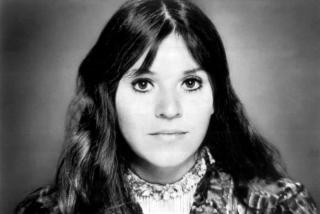 By the time Melanie walked off the Woodstock stage, she had become an instant celebrity. She seemed to the masses to embody the flower child ideal and her music resonated with the crowd who sat through her performance in the rain. During her set, candles and cigarette lighters were raised up in the air, illuminating the crowd, which was supposedly the first time an audience at a concert had done that. Seeing that site inspired Melanie to write one of her most famous songs, “Lay Down (Candles in the Rain).” The year after Woodstock, five major music publications named her Female Vocalist of the Year. Some of her other hits include, “Brand New Key,” “Beautiful People,” which she sang at Woodstock, and her cover of “Ruby Tuesday.” Throughout her more than 40 years making music, Melanie has sold over 80 million records. She continues to tour.

Before settling on Bethel, one of the earlier planned sites for Woodstock was actually in Woodstock, NY, but the town rejected requests to stage the event there. The organizers wanted the festival to be in Woodstock because musicians, most notably Bob Dylan, lived there so the area was known to be hip. If it were not for Joan Baez, though, we might be calling Woodstock a completely different name. She helped establish Bob Dylan as a well-known, popular musician. Baez released her first album in 1960 and she quickly became the face of modern folk music. She also became known as a social activist involved in human rights and antiwar causes. She performed with Dylan at the March on Washington in 1963. 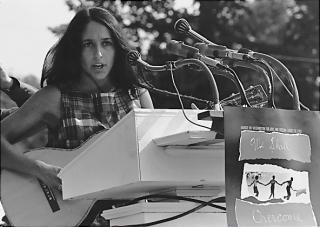 Joan Baez performing at the March on Washington for Jobs and Freedom in 1963.

There were actually two stages at Woodstock, the main stage and a free stage where anyone could perform anything they liked. In addition to hitting the main stage, Baez was the only one of the booked musicians who entertained on the free stage. The person taking names of interested performers did not recognize her, even when she gave her name as “Joan”, and thought she was just another one of the crowd. She waited for her name to be called and got up to play. She played seven songs on the free stage and five on the main stage. One of her favorite Woodstock memories is when she saw a naked hippie man running toward her during one of one of her free stage songs. She hurried through the rest of the song when she saw him, finished up her free set, and left the stage. Earlier this summer, Baez returned “back to the garden,” playing a show on her current tour at Bethel Woods Center for the Arts at the grounds of the original Woodstock site.

When Big Brother and the Holding Company performed two years earlier at the Monterey Pop Festival during the Summer of Love, Janis Joplin was virtually unknown outside the San Francisco music scene. When the festival was over, she was a national phenomenon. She was so coveted by the Woodstock organizers that they allegedly began promoting that she was going to be there before she was even booked, knowing they had to have her. 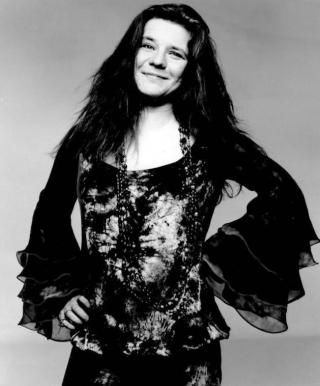 By the time Woodstock rolled around, Joplin had left Big Brother and started the Kozmic Blues Band, though Kozmic Blues did not accompany her at the festival. She had a band of other musicians accompany her, including the future bassist from her third band, Full Tilt Boogie Band. Because of extreme traffic getting into Bethel and the rain, acts got delayed by hours. Joplin spent her delay time backstage drinking and taking drugs. Though she was cheered on by the crowd to perform an encore, some think her Woodstock performance was not her best and blame not having her regular band to back her and alcohol and drug addiction for taking its toll on her health. She was so unhappy with the performance she gave at Woodstock that she refused to sign the release paperwork to allow it to be included in the original movie and soundtrack of the event. Off stage, she seemed to enjoy herself, though, and was one of the few performers (and members of the audience) who stayed to watch Jimi Hendrix close the festival Monday morning. She died a year later from an overdose at age 27. 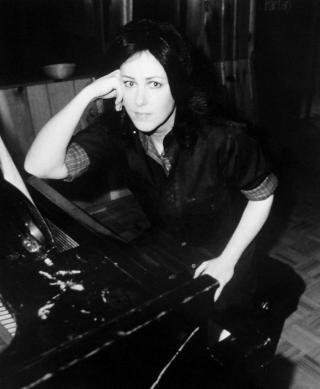 In 1969, Jefferson Airplane was one of the biggest tickets in the world and they were just the kind of band the Woodstock organizers were looking to book when they were planning the festival. When Jefferson Airplane signed on to play at Woodstock, they were the first band to do so. They were scheduled to headline the second day, but actually ended up playing early Sunday morning. Walking onto the stage, Grace Slick proclaimed to the enormous crowd, “Alright, friends, you have seen the heavy groups. Now you will see morning maniac music. Believe me, yeah. It’s a new dawn.” In many ways, her “it’s a new dawn” comment represents the 1960s. Jefferson Airplane was one of the pioneering bands of the San Francisco rock sound that gave a voice to the hippie movement and provided a soundtrack to many of the social changes that took place during the ‘60s. Slick and the Airplane were right in the center of the hippie mecca and the new feelings and way of life that reverberated with the younger generation across the country. Woodstock itself was also a new dawn of sorts, as it in many ways marked the beginning of the end of the unified feelings of peace and love during the decade. Many people left San Francisco and similar situations to return to straight, normalized life. Haight Ashbury became a hangout for addicts who got hooked on harder drugs than than the majority of hippies experimented with. Less than four months after Woodstock, the infamous Altamont show killed the spirit of the Woodstock generation.

Grace Slick no longer performs (she thinks people past a certain age look ridiculous on stage), but she has made a new name for herself as a successful artist. She currently spends most of her days painting.

The other women who performed at Woodstock were Nancy Nevins (Sweetwater), Maya Kulkarni (with Ravi Shankar), Christina McKechnie and Rose Simpson (The Incredible String Band), and Cynthia Robinson and Rosie Stone (Sly and the Family Stone).

Bethel Woods Center for the Arts

Harlem Renaissance poet Anne Spencer lived her entire life in Virginia, where she tended her garden, worked as a librarian and teacher, hosted luminaries of Black intellectual and cultural life, and fought for equal rights for African Americans.
READ MORE
.