Women & the Beverage that Changed the World 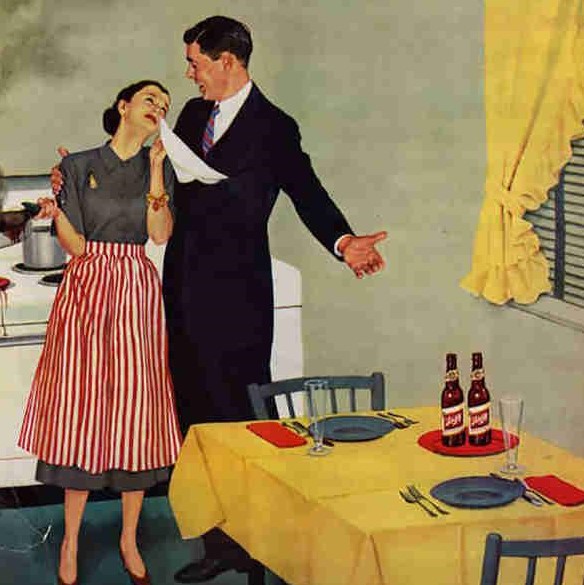 Birth of the Fermented Beverage

The earliest record of beer being produced comes from Mesopotamia around 5300 BCE, by accident, when a woman whom was later known as Ninkasi, the “goddess of beer” stumbled upon the malting process after harvesting grain by hand and placing it in jars to be stored. That evening, it rained and the jars flooded. The grain was left out to dry the next day, covered, placed back into jars, and left for a few days. Wind-borne yeast made its way in, creating a thick foaming bubbly mass “thus the stunning moment in time when a pair of lips was first wetted by beer.” 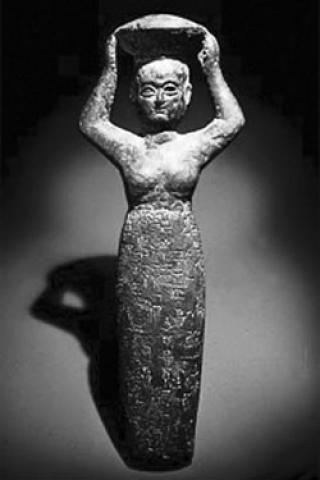 Beer contributed to the decline of the hunter-gatherer lifestyle by providing an incentive to settle in one place for longer periods of time. The drink also aided in the creation of a more varietal diet by providing a more substantial food product in itself. From this point on beer remained in the hands of women. It was their duty to look over the profession, even when it became a method of business, as barley was the first documented form of currency and most wages were paid in beer. In other parts of the world similar types of fermented beverages were being produced: Kassi in Egypt where beer was flavored with dates and honey; Pulque made from agave in the Sierra Nevadas; Chicha in the Aztec Empire produced from a mixture of corn and human saliva; and variety of other fermented beverages made from kaffir, millet, rice, and even bananas. While beer today is produced with very specific methods to avoid contamination and yield a drinkable product, for centuries it was elevated to a spiritual level because of the magic of fermentation. Women were traditionally responsible for this development until only recently.

Beer continued to grow as cultures began to understand the importance of yeast and effective brewing practices. Even with these advances, brewing continued to remain in the hands of women as a domestically made product. Just as cooking, cleaning, and taking care of the children did, beer reflected the continuity of women’s pleasure in providing for family members. It also allowed women to make a small profit from the home as beer could be sold to neighbors and friends for a small price. Because most water was unsafe to drink, beer was an appropriate and healthy alternative. With the black plague in the 14th century came a labor shortage and a wage increase. This in turn allowed for more money to be spent on beer and was the start of the alehouse. Because of this, beer moved out of the hands of women and the home. It became another industrialized, regulated, and profitable product, thus moving into the hands of men, soon growing across Europe and eventually to America. 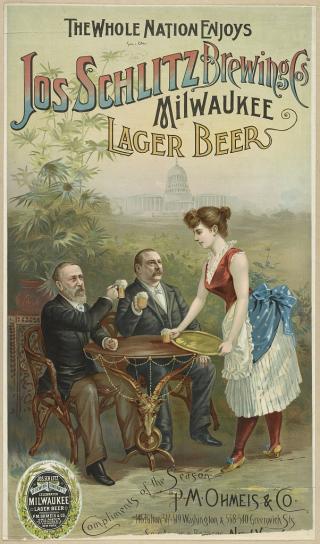 With the rise of Budweiser and other major breweries that survived prohibition, advertising was the best way for breweries to get their name out there. However, these ads were most often distinctly gendered, reflecting the debates of the proper place and role of women. For men, the ads persuaded them to drink more, to be manly and to be American, but for women, ads represented a symphony of complications and contradictions. Ironically, women were targeted as the one social group breweries had to win over since they were the primary purchasers for the home. Keeping a fridge stocked full of beer was their obligation as a dutiful wife.

After the development of craft beer in the early 1980s, more women started to once again infiltrate the industry. While women make up a small percentage of brewers compared to men, the concept that it’s a job unfit for women is unrealistic and outdated. However, the history of beer shows that brewing started as conformity of housewives duties, even dating back to Mesopotamia when it was discovered, beer made at home fit in with these standards. The second brewing expanded beyond the home, in the eyes of men, women could no longer oversee it and this created a gap in time where women left the market (besides in smaller, home settings). Only recently have we seen a breakthrough in the industry since prohibition and the development of craft beer. 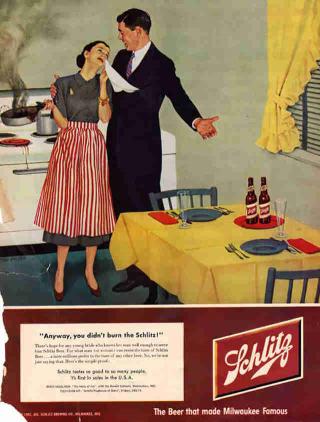 The Future of Brewing

Today, women play a very important role in the beer industry and while we still make up a small percentage (only 4% of head brewers are female) our roles are not minor. Brewing is an art that is often overlooked for its history and craft, but more specifically for the women who started it all. There is a masculine interpretation of brewing history that takes cast over the women that brewed hundreds of years prior to a male hand even touching it besides being passed a glass for consumption. Without the discovery of fermented grain by the goddess Ninkasi thousands of years ago, beer would not be what it is today.

I myself am a young female brewer at 25, having just starting out in the industry a couple years ago as a server in a brewery while working on my Masters in Food Studies at NYU and gaining experience in the industry wherever I could. I spent last summer farming and working in a small 5 barrel brewery in upstate New York and I recently moved home to Denver, Colorado where I work full-time in a 12 barrel brewery. Being a brewer is not an easy job, it’s physically demanding, takes a lot of focus and attention to detail as one step in the wrong direction can cause a lot of beer and money to be poured down the drain, and it’s not an easy industry to break into. It’s also the most rewarding job I’ve had and is filled some really amazing people with talent and skills that are hard to find. While I’ve dealt with some criticism in being a minority as a female brewer, it’s rarely been from within the industry, but rather outside, as it’s a tough job to gage when not actually working in the field, as most jobs are. Most days I feel empowered, and with so many more female brewers getting the attention they deserve and people taking notice of the amazing history brewing has, the industry has a beautiful future ahead. 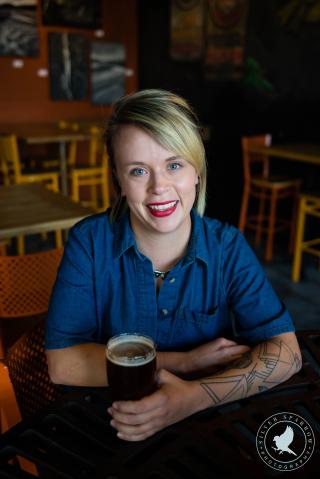 Camille Shoemaker grew up in Denver, Colorado. After receiving her bachelors in Baking and Pastry and Food Service Management at Johnson and Wales, she quickly moved to New York City to pursue her Masters in Food Studies at NYU where she focused her studies on the history and gender dynamics of the beer industry. After a summer farming and brewing in upstate New York, she moved home to Colorado and now works as a brewer at Vine Street Pub and Brewery in Denver. When not brewing she's either gardening or drinking beer and has high hopes to one day own her own farm brewery in the mountains of Colorado with her cat, Norman.