Tracing the Roots of the Women on Wall Street 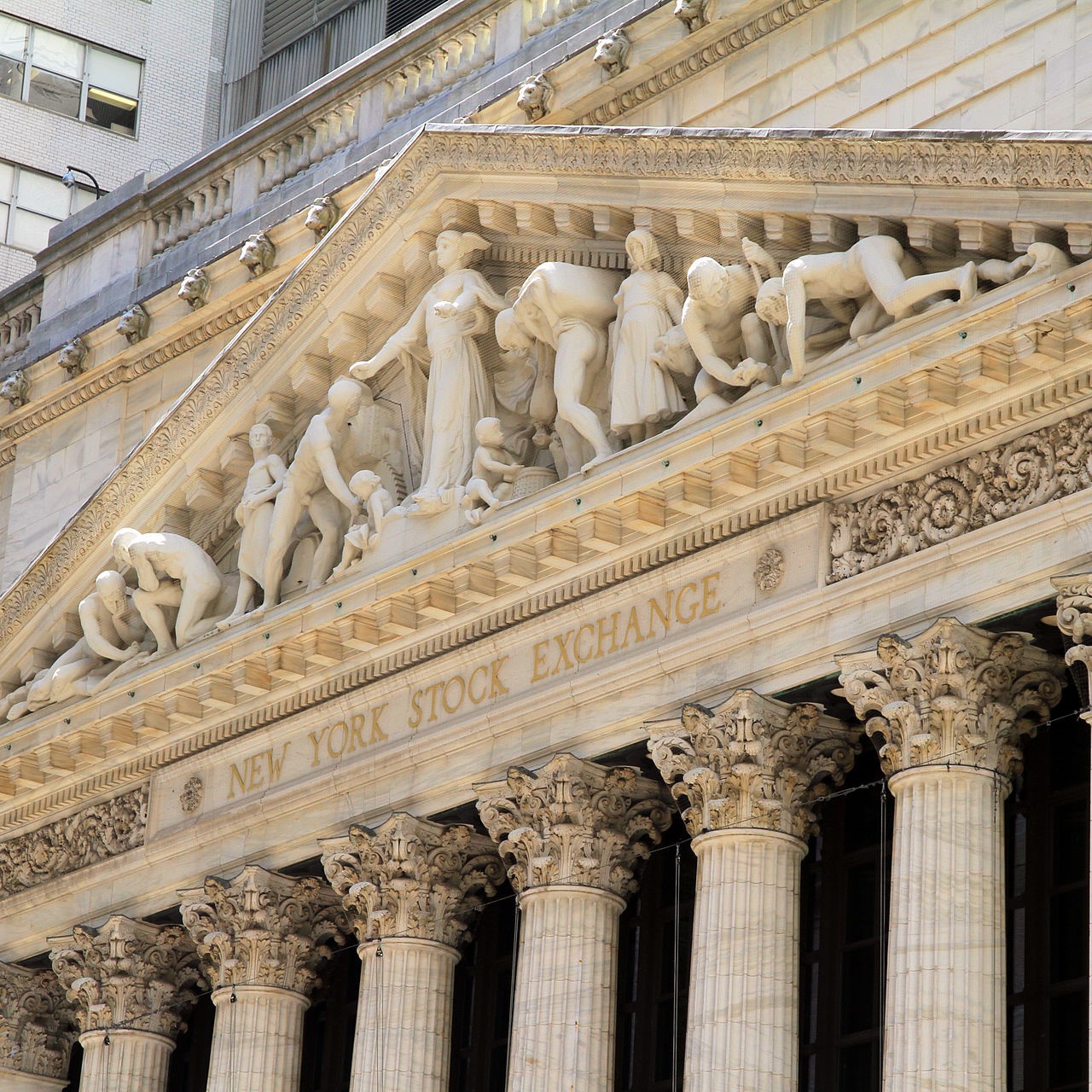 A buttonwood tree that once stood in lower Manhattan symbolizes the formal beginning of what would later become the New York Stock Exchange. There, in 1792, twenty-four men met below its branches and signed an agreement that established a new market for a more orderly system of buying and selling securities. No women numbered among them. 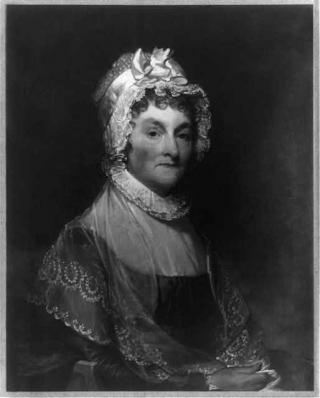 Even then, however, many women were participating in the formation of the young nation’s capital structure. They did so in various ways. Some invested in government securities and bank shares—Abigail Adams, for example, secured large gains through her financial activities. Moreover, women comprised 61% of investors in the 1759–60 Pennsylvania Indian Commission Loan, and they represented 11% of stockholders of the Insurance Company of North America between 1792 and 1799.

Women also took part in the colonial economy by directly engaging in commerce despite certain legal restrictions. As early as the 1600s, many women who were single or widowed managed small businesses as “she-merchants’ and “deputy husbands.” During the American Revolution, personal necessity and patriotic duty encouraged women to take a more active role in managing financial matters. Women helped raise funds for the Continental Army and took care of their families’ farms and businesses while their husbands fought in the war. These responsibilities raised their confidence, broadened their abilities, and gave them a sense of empowerment—even if short-lived. Their experience foreshadowed what would become a recurrent theme underscoring the historical relationship between American women and finance: political or personal necessity may foster financial empowerment, but it is not always warmly welcomed, easily endured, ultimately appreciated, or long lasting.

As the country entered the nineteenth century, it was still believed that a woman’s place was in the home. While women remained entrenched in their domestic duties, the country’s financial infrastructure matured. The invention of the telegraph in 1844, the rise of industrialization, and federal spending during the Civil War lavished riches on Wall Street and gave way to the Gilded Age. By then, the term “Wall Street” had become symbolic of the nation’s securities market, which attracted both male and female investors. The era also provided the backdrop for a few women to pursue professional financial paths as they sought their share of the Gilded Age’s riches.

Victoria Woodhull and Hetty Green are two of the better-known women in financial history. Woodhull, also the first woman to run for U.S. president, and her sister Tennessee Claflin had made the acquaintance of Commodore Vanderbilt. The sisters aimed to get rich, and Woodhull wanted to fund her political aspirations. They opened the first female-owned brokerage in the heart of lower Manhattan in 1870. More keen on courting publicity than analyzing earnings, their firm lasted only a few years, and they were largely dismissed as a joke. 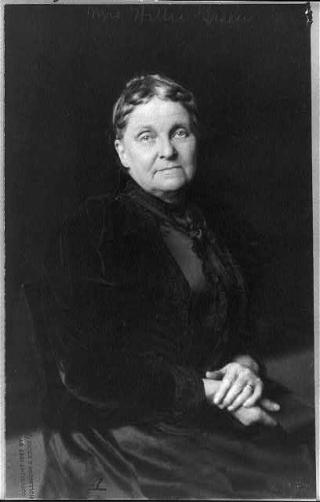 Hetty Green, dubbed “The Witch of Wall Street,” is usually regarded as little more than a wealthy heiress and a miserly eccentric. Typically shrouded in a black veil and shabby attire, her fashion choices and dour nature did nothing to help her image. But her knowledge of money matters, which she gleaned at a young age by immersing herself in the financial news of the day, later enabled her to vastly increase her fortune through shrewd investments. The unfortunate nickname bestowed upon her by the public has concealed her keen financial mind and participation in key financial dealings of the times. 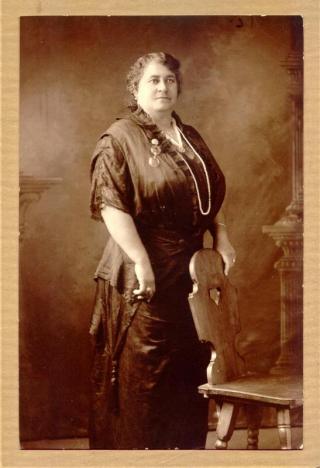 Another woman of the same era goes for the most part unnoticed. The daughter of a former slave, Maggie Walker grew up in Richmond, Virginia, and recognized as a young woman the importance of financial literacy and empowerment, particularly for black women. She founded the St. Luke Penny Savings Bank in 1903. Her professional legacy, although not based in Manhattan or primarily in securities, endures to a much greater extent than that of her otherwise better-known counterparts. The entity that she founded lasted into the 21st century as the country’s longest continually owned and operated African American bank.

The business dealings of these women helped to draw the attention of other women to finance and raised public scrutiny of whether a woman “belonged” on Wall Street, but did not give rise to an influx of women financial leaders. Not until wartime did American women make further significant headway in finance.

World War I provided the watershed moment at which more women were introduced to finance—again, personal necessity and patriotic duty coincided to make this happen. In this case, it was the women who powered the Liberty Bond sales during World War I who deserve much of the credit. They focused public attention on the skills and prowess of women and broadened the financial vocabulary of the volunteers and the public at large. 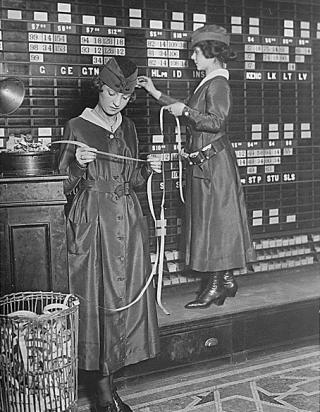 Soon, many of the women who had once worked on the bond drives became the first women to enter the expanding commercial banking workforce. Although professional networking is often thought of as a modern-day development, the first organizations for women in finance originated in 1921 with the beginnings of the Association of Bank Women and the formation of the Women’s Bond Club. According to rumor, a woman even sought membership on the New York Stock Exchange in 1927, forty years before female membership became a reality.

When World War II came, a familiar story unfolded. Women answered the country’s call to duty and even filled empty posts on the trading floor of the New York Stock Exchange, but were booted out when the war ended and men returned home.

In the ensuing decades, however, both a booming economy and a growing acceptance of women’s professional roles helped power further progress. From the 1950s through the 1970s, both Wall Street and American women staked their positions amid a changing landscape. A few intrepid leaders broke new ground at the crossroads. Of particular note are Mary Roebling, who became the first woman governor of the American Stock Exchange in 1958, and Julia Montgomery Walsh and Phyllis Peterson, who in 1965 became the first women members there. In 1967, Muriel Siebert became the first woman to purchase a seat on the New York Stock Exchange.

By the late 1960s, the investor base had become increasingly democratized, and the WASPish preserve of Wall Street had consequently begun to fade. Women pursued their careers against the backdrop of the women’s liberation movement and other calls for societal change. Nevertheless, Wall Street could still be characterized in 1970 as “a feminist organizer’s Waterloo [because of] the tendency for its female minority elite to grin and bear the system.” 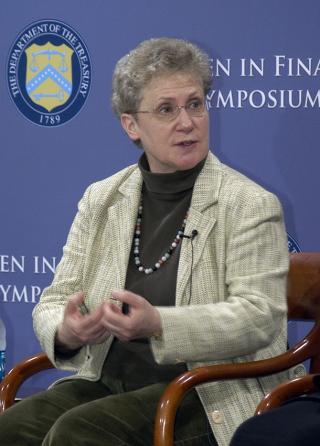 Abby Joseph Cohen at the Women in Finance Symposium at the US Department of the Treasury on March 29, 2010

When the economy boomed in the 1980s, Wall Street gained a measure of popular fascination. For the first time, women numbered among its stars. Elaine Garzarelli, who predicted the 1987 market crash, and Abby Joseph Cohen, who foresaw a prolonged economic expansion and bull market run during the 1990s, became household names. Other women, however, faced inhospitable workplaces. Beginning in 1996, the first gender-based class-action lawsuits were brought against major Wall Street firms and focused public attention on the way some women were treated in the financial industry. For the first time, women in finance had gone from quietly seeking to advance their personal careers to becoming more vocal and challenging the status quo.

By the turn of the 21st century, an amalgam of political, legal, economic, and cultural advances raised female professional aspirations. Wall Street women now embarked on engineering their own careers, forging strong identities, and advocating for a greater examination of gender-based inequities in the financial industry. Overtly hostile workplaces largely disappeared, and firms stepped up their attempts to increase workforce diversity and encourage significant mentoring.

In the public sector, many of the leading regulators of the financial-services industry have been women in recent years. However, the corner suites of Wall Street firms remain lonely places for women. They remain underrepresented at senior ranks and endure a significant pay gap within the industry. In the aftermath of the 2008 financial downturn, they shouldered a disproportionate share of industry layoffs even though pundits questioned whether the crisis would have occurred at all had they occupied more positions of power.

The roots of women on Wall Street run deep. Recognizing female accomplishments in finance may further accelerate their ascent by inspiring others, dispelling outdated notions of female inadequacy in this realm, and emphasizing the importance of financial literacy for everyone.

Sheri J. Caplan is the author of the award-winning Petticoats and Pinstripes: Portraits of Women in Wall Street’s History (Praeger, 2013), the groundbreaking book that surveyed the evolution of women’s roles in US financial history. The book won the 2014 Bronze Medal in the women/minorities category of the Axiom Business Book Awards.

Originally published in Volume 16 of A Different Point of View.