Social Marketing Before the Internet 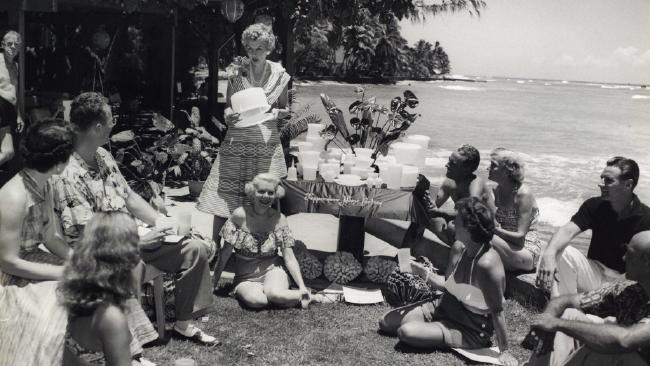 How often have you been invited to a friend’s house for a fun “social” event where you knew that you were going to be asked to buy something like makeup, jewelry, or cookware? Did you know that women have been using their social networks to sell products for more than 130 years?

Distrust of a sales pitch is as old as the barter system. Advertising, aggressive techniques, and wild product claims heightened cynicism as America entered the Gilded Age at the end of the 19th century. The radical solution to building consumer trust turned out to be recruiting women as sales agents. But not in traditional retail settings.

The 19th century’s wide-spread growth of factories changed shopping and consuming. Machinery operated with low-skill and therefore low-wage labor made it cheaper to buy rather than make household consumables like soap, candles, canned foods, and men’s clothing. Department stores catering to every socioeconomic level marketed the convenience of one-stop shopping. Job opportunities for sales people proliferated, and both men and women were recruited to positions as retail clerks. 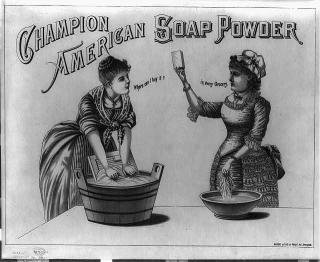 Women embraced opportunities to enter the workforce. The shift from making at home to buying in a store freed up women’s time while it intensified the need to generate real income to buy stuff. Declining birthrates led to more women entering the paid labor force even while traditional attitudes limited their professional opportunities. Many women wanted jobs that would allow them to balance work with their wife and mother roles.

Selling Trust One Woman at a Time

Shopping may have been a necessary activity in an increasingly consumer-oriented culture, but buying could be fraught. City dwellers easily accessed retail stores, and mail order catalogs made a wealth of manufactured goods available to all. Traveling or door-to-door salesmen brought retail to millions of American front doors, especially in rural areas. While scores of 19th-century companies profited on direct sales, the traveling salesman stereotype became synonymous with a charlatan or huckster peddling inferior goods. Americans did not view direct sales as a particularly ladylike profession. One company changed that starting in 1886.

The California Perfume Company was born in 1886 after former traveling salesman David H. McConnell purchased a share of the Union Publishing Company. Noticing that his female customers showed more interest in the perfume sample giveaways than the books and magazines he sold, he changed the company’s product and name. McConnell recruited the recently widowed Persus Foster Eames Albee as a sales agent for his new product line. Albee had been one of Union Publishing Company’s most successful sales agents. McConnell gave her an exclusive territory where she used her outgoing personality and social connections to develop a customer base for perfumes and beauty products. 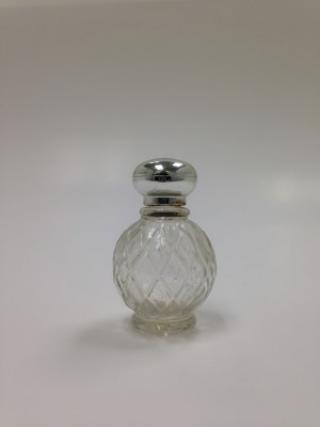 Albee helped McConnell to develop a network of female sales agents that she managed as a General Agent. The company actively recruited middle-class, married women as sales agents, pitching the opportunity as a flexible job that allowed them to earn income without disrupting family life. In 1910, married women accounted for 62% of sales staff. McConnell and Albee deliberately feminized the direct sales model to take advantage of women’s reciprocal social obligations. The California Perfume Company officially changed its name to Avon in 1939, and by then its sales force stood at more than 29,000 women.

Turning Retail Sales into a Party

The Great Depression’s plummeting economy threw millions out of work, and thousands of unemployed turned to direct sales to make ends meet. The increase in door-to-door selling and rising homeowner complaints led many municipalities to crack down on door-to-door selling. Direct sales moved indoors, and women became even more integral to its success.

Stanley Home Products, co-founded by Frank Stanley Beveridge and Catherine O’Brien, became famous in the 1930s for its “Hostess Parties”. The practice of in-home product demonstrations started in the 1920s with Fuller Brush and WearEver Aluminum, companies that marketed to women. Stanley salesman Norman Squires formalized the party marketing plan and introduced “hostess” gifts of Stanley products to reward women who gathered friends for demonstrations.

Around this time, entrepreneur-inventor Earl Tupper perfected a process for turning polyethylene slag—a by-product of oil refining—into a clean, translucent plastic. He named his product and company Tupperware and launched a line of kitchen plastics in 1946. Tupper’s products gathered dust on hardware and department store shelves. Even a full-color feature in House Beautiful and a museum exhibition at the Detroit Institute of Arts in 1947 failed to move his product.

There was one channel where Tupperware thrived. Tupperware sold wholesale lots directly to individual distributors for resale. Several turned out to be Stanley Home Products agents supplementing their stock. Tupper discovered that the highest-grossing distributors touted Tupperware as an ideal party demonstration product. In fact, the air-expelling “burb” signaling a tight seal enjoyed its own long-standing pop culture moment. Tupper hired top independent distributor and Stanley Home Products alumna, Brownie Wise, in 1951 to set up a system making home parties on the Hostess plan the exclusive distribution channel for Tupperware. 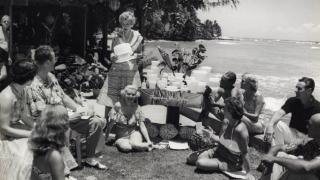 Wise set out to integrate Tupperware into American culture. She understood the psychology of her target consumer: young housewives moving into postwar, suburban housing developments. While inventions like the electric vacuum, washing machine, and refrigerator, made housework easier, they escalated housewives’ social isolation. In an era before modern conveniences, teams of women–including servants—operated middle and upper-class households. The miracle of technology enabled one woman to maintain a house. Tupperware parties brought suburban women together in a social setting complete with refreshments, games, and unstructured social time. The demonstration was part of the fun. Tupperware’s line included a range of specialized party and serving pieces. It fit in with the mid-century changing emphasis on women’s roles as hostesses rather than merely housewives. A Tupperware party was social as well as social marketing.

Wise’s true innovation was not the home party model, which she improved rather than invented. Rather it was the way she organized sales teams. As a Stanley dealer, she managed a team of ten other women. At Tupperware, she introduced the multi-level sales team. She incentivized dealers to recruit new sales people below them. In the pyramid model, sales directors at the top of the structure received commissions based on the team members’ sale below them. Women’s social networks proved equally effective in expanding Tupperware’s sales teams.

Just as hundreds of companies followed Avon’s model, so did many more copy Tupperware. Today, women’s sales activities continue strong. According to the Direct Selling Association, 20.2 million Americans were involved in direct selling in 2015. Their estimated retail sales reached $36.12 billion, a 4.8% increase from 2014. Women made up 77% of the sales force, and 20% of sales occurred at home parties.

Pioneered by Avon and built upon by a succession of women-focused businesses, direct selling companies feminized sales by employing women to market to other women. Women agents have used their networks and reciprocal social obligations to build an industry. It evolved with the needs of women in mind, both as customers and employees. Meeting family obligations while bringing in necessary household income was an inducement for women taking sales jobs at the beginning of the 20th century. Flexibility and a work-life balance were cited as a motivating factor for entering direct sales by 65% of sales people in a 2015 industry survey. While the products may (or may not change), the motivations stay the same

Kessler-Harris, Alice. 2003. Out to work: a history of wage-earning women in the United States. Oxford [u.a.]: Oxford University Press.

Lamoreaux, Tiffany. “Home is where the work is: women, direct sales, and technologies of gender.” PhD diss., Arizona State University, 2013.