Silent Film Actresses and Their Most Popular Characters 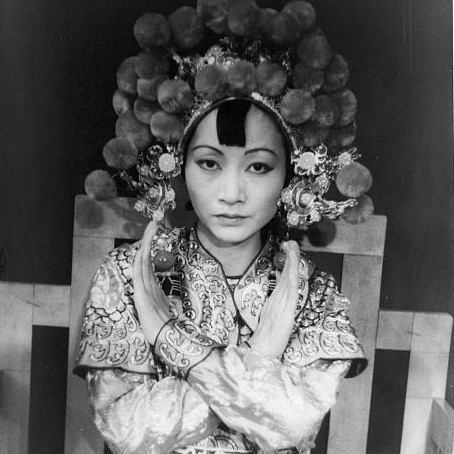 Actresses played a crucial role in shaping the development of early film as well as Hollywood and the studio system. More popular than their male counterparts, early female stars helped make Hollywood a booming commercial venture. Actresses parlayed this popularity into greater control of their roles, as well as what happened behind the scenes. Before the advent of the Hays Code in 1934, they also sought out challenging and dynamic roles that gave women agency and challenged accepted norms just as often as they conformed to what might be viewed as proper feminine roles. As a result, early Hollywood had a dynamic where actresses had room to explore the many different ways women might be depicted on film.

Signing Up to Be a Star

From Nickelodeons to full-length feature films and from silent films to talkies, as writers, directors, actors, and audience members, women influenced the trajectory of the film industry. Female stardom was an essential component of its rise, though many of these women were celebrated more for their appearances than for their acting ability. While some female achieved legendary status, the roles they played often reinforced traditional gender stereotypes. That story is the familiar one. As movies became popular, audiences sought out favorite actors, leading studio executives to conclude that profits could be increased by promoting certain "stars." The development of the star system led many actresses to be typecast. 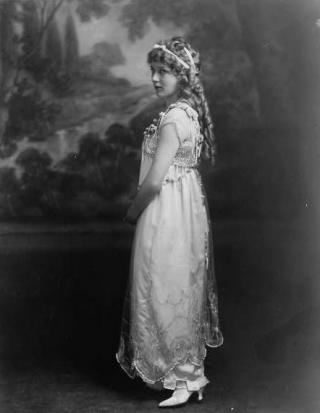 Feature films starring heroines enjoyed tremendous popularity. Perhaps the most famous star of the early era—and one of the largest box offices draws in films history—was Mary Pickford. Pickford was among the first women to star on film, getting her start at Biograph studios with D.W. Griffith, the director who would make her famous. She developed a distinctive look, wide eyed with long, blond sausage curls. While she played a variety of roles, there was always an air of innocence to them. Pickford defined the ingénue archetype.

The ingénue was an endearingly innocent and wholesome girl or young woman. She depended on the men in her life to rescue from her from physical or emotional danger, and the stories often ended with the hero and heroine falling in love. The ingénue served as a foil to all of the other female archetypes, who were less domestic and stepped outside of traditional feminine roles. As film evolved, so did the range of characters audiences demanded and women played. 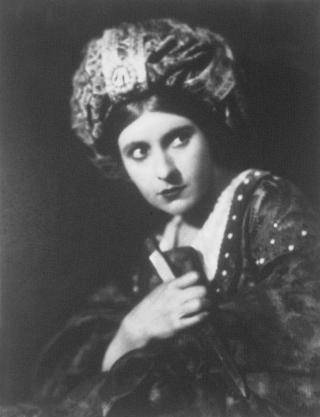 Oh no, tied to the train tracks again! – The Heroine

In direct contrast to the ingénue was as the heroine, a woman who faced down danger with resilience and determination. Serials were recurring films that featured the same character moving through a continuing storyline. Serials popularized the cliffhanger, hoping to lure audience members back to the theater for the next installment. Young working women, who made up a substantial portion of the turn-of-the-century female audience, empathized with heroines who were often like themselves: young women cast adrift from their families, navigating the new industrial and urban landscape.

The most popular serial was The Perils of Pauline starring Pearl White, which ran for twenty episodes in 1914. White did many of her own stunts. One of her most famous perilous situations was being tied to the tracks in front of an oncoming train: a plot device subsequently recreated (and made fun of) in many films. The character of Pauline perfectly typifies the serial heroine. She was a plucky young woman freed from conventional family relationships using her unrivaled strength, bravado, and intelligence to navigate various crises.

Though the serials implied that only women without familial ties could move through the urban world, they also provided examples of women eventually achieving the domestic ideal despite their supposedly unorthodox adventures. Serial heroines always eventually ended their adventures by surrendering their freedom to marriage or a return to family. These heroines, therefore, modeled the traits necessary for young working women to survive in the new working world of the city, but they also demonstrated that a woman’s main goal remained finding a husband and settling down. 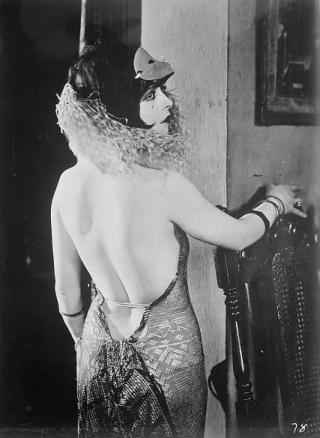 Not a Dumb Dora, but the cat’s pajamas. – The Flapper

Sweet ingénues faded in popularity in the mid-1920s eclipsed by the flapper character. One of the most memorable film heroines of the 1920s was not a virginal innocent but the flapper or “It” girl. The flapper was the antithesis of the Victorian ideal of a quiet, demure woman bound to the home and the domestic ideal. She was a modern, young, urban woman who had a career, socialized in public, and wore short hair and dresses that de-accentuated her curves. She was also sexually open—though her new, modern sexuality would end in tragedy if she did not eventually find a husband.

Clara Bow, who became an actress after winning a magazine contest, came to typify the flapper role. The film It (1927), which starred Bow, memorably depicted the flapper, establishing the stereotype in America’s cultural psyche. Scenario writer Elinor Glyn wrote the film It, which was based on an article Glyn wrote for Cosmopolitan about the qualities of a modern woman. Glyn described “it” as “that quality possessed by some which draws all others with its magnetic force. With ‘IT’ you win all men if you are a woman—all women if you are a man. ‘IT’ can be a quality of the mind as well as a physical attraction.” The image of the “It Girl” came to be closely associated with that of the flapper—sexually liberated, defiantly modern, and independent. The character, an iteration of the 1920s “New Woman” became a national obsession. 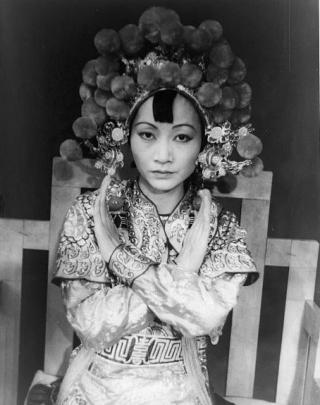 A bad girl with a worse reputation. – The Vamp

While the flapper represented a new, more open portrayal of female sexuality, another female stereotype, the vamp, brought the image of a sexually aggressive woman to the screen. Short for vampire, the vamp was exotic, luxurious, and escapist, epitomizing the excess of the Roaring Twenties. Her suggestive clothing and sexual allure carried the connotation that she was a man-eater, who aimed at trapping and tricking men, using them instead of loving them, or generally destroying their lives. Theda Bara was the most famous vamp in the nineteen teens. Though Bara was one of the first women to exude sexuality and exoticism on film, the vamp took many forms by the 1920s.

Edgier than the flapper, the vamp conveyed mystery. The role created opportunities for actors of "exotic" backgrounds—by 1920s standards—to break into film. The ideal of white femininity limited roles for women of color in early film. The vamp archetype built on racist stereotypes about the hyper-sexuality of women of color, but it also represented one of the few types of roles open to non-white women. Though playing the vamp, some actresses managed to gain fame and acclaim even within the limitations of Hollywood and society’s racism.

The most famous Asian American actress of the 1920s was Chinese American Anna May Wong. Wong’s first big role was as Lotus Flower in The Toll of the Sea (1922) in which she falls in love with an English man and ends by committing suicide when the love affair goes bad. Suicide was often the answer for interracial love affairs, and usually the non-Caucasian woman was the one who suffered for the forbidden love affair. One of Wong’s most famous roles was her portrayal of the devious “Mongol slave” who betrays her mistress in The Thief of Bagdad (1924) with Douglas Fairbanks. This role was the quintessential exotic villain role, the exotic other that is not to be trusted.

Playing a Role in Popular Culture

By the early 1930s, American culture and the film industry were inextricably linked. While most industries struggled during the Great Depression, Hollywood boomed. Americans turned to movies to escape from the hardships of their lives into the imaginary worlds of beautiful people, slapstick comedy, and happy endings. Women would continue to be at the center of this story; new stars, like Katharine Hepburn, emerged to once again challenge the feminine ideal, and women of color would fight to overcome racial stereotypes and the limited roles available to them. Just like today, the film industry during the first part of the 20th century reinforced gender divisions; with men occupying most of the positions as directors and producers, female actresses were often cast in roles and publicized in ways that reduced them to feminine stereotypes.

And yet, women were very much at the center of the industry’s evolution. The growing independence of white middle-class women and their increasing power as American consumers profoundly influenced the film industry’s direction. The celebrity achieved by many of the leading ladies created a new opportunity for women to be front-and-center and acknowledged not only for their looks but also for their craft. Progress is gradual, and while Hollywood still faces many injustices—leading men are still paid more than leading women, actresses continue to be judged and revered on the basis of their looks, and there are still more men than women behind the camera—women have been and continue to be involved in all aspects of the American film industry.