Queen for a Day 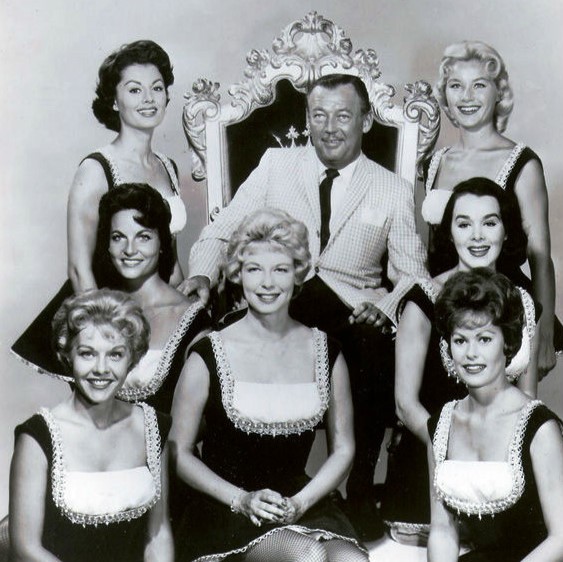 Pretend it is the 1950s. You are a recently single mother who needs a high school diploma so you can get a job to provide for your five children. Or, say, you need a wheelchair for your son who had an accident and became paralyzed. Or you need home repairs to erase the memory of when your husband, who was dying of brain cancer, decided to take his own life before the disease could. Would you go on national television, compete against other women’s hardships, and hope the audience would select yours via applause-o-meter as the saddest so you could win a bunch of prizes? Thousands of other women did.

“Would you like to be Queen for a Day?” That question was asked to American women every weekday for 19 years on the long running radio and television show, Queen for a Day. The show has been called a precursor to today’s reality television and “the worst program in TV history.” Despite contemporary critics bashing the show and modern critics writing it off as unimportant to popular culture history, it dominated the ratings when it was on the air.

Queen for a Day debuted on radio on April 29, 1945 and on television on January 1, 1955. During its time on television, the show averaged 13 million viewers per episode and was number one in the ratings. A one minute commercial spot on Queen for a Day cost advertisers a whopping $4,000, and NBC cashed in $9 million each year from the show. The show gave away $23 million in prizes. It aired in the middle of the day, which meant its target audience was middle class housewives who were home to tune in. It went off the air in 1964. Its contestants were always women, except during occasional special episodes where a “King for a Day” or “Newspaper Boy King for a Day” was chosen.

For most of its run, Queen for a Day put four women up against each other to compete for prizes by sharing their hardships with the audience. During the voting round, the audience would applaud for who had the story most deserving of reward. Whoever received the loudest applause would be crowned “Queen for a Day.” The queen would receive her “wish” prize (i.e. the wheelchair for said paralyzed son) plus a bunch of other prizes (i.e. a stove, sewing machine, and/or silverware). The losers left with consolation prizes (i.e. nylons). The woman who framed their wish in a way that suggested she would use it to help others usually won. By giving away material items to fill whatever void they had in their life, the message the show ultimately “seemed to suggest [was] that there was no problem, no loss that could not be fixed by the right product.” It was packaged in a feel-good message that the middle class, post-WWII American society loved.

While Queen for a Day was certainly problematic in its exploitation of contestants, it stands out as an early venue though which underrepresented women actually had a voice and also as a slight criticism of the traditional gender roles of the day. Women went on Queen for a Day to discuss problems to which they had no other solution. Though its audience was primarily middle class housewives, the majority of the women who appeared on the show were working class or lower middle class. Such women contrasted the perfect middle class stereotype of suburban 1950s life and were rarely given a platform elsewhere. Many of their wishes centered around the fact that their husbands (if they had one) failed to provide financially for whatever it is they needed, or that they themselves could not provide for their families because of the lack of opportunities and education for women. Some women went on to express regret for not being able to pursue a career once they married and had kids (3:17-5:05 in the video below). Others turned to the show for help and an escape from abusive relationships. Women of color and immigrants went on Queen for a Day too and, in doing so, showed the nation that the same difficulties affected all women, regardless of race or nationality. In a time where minority women were often represented as parodies of themselves in the media, Queen for a Day allowed those women to be real and accurate representations of who they were. It allowed women to realize, at least on some level, that perhaps their misfortune was not solely their own doing, but was partially a symptom of the oppressive systems in place in society.

Though their appearances on the show did not really fix any problem they had, the Queens were launched into a temporary pseudo-middle class status by their winnings. At a time when that was both the pinnacle and standard for women, Queen for a Day allowed women “legitimate access to the female version of the American dream” that they were not given elsewhere