The Girl Who Acted Before Rosa Parks 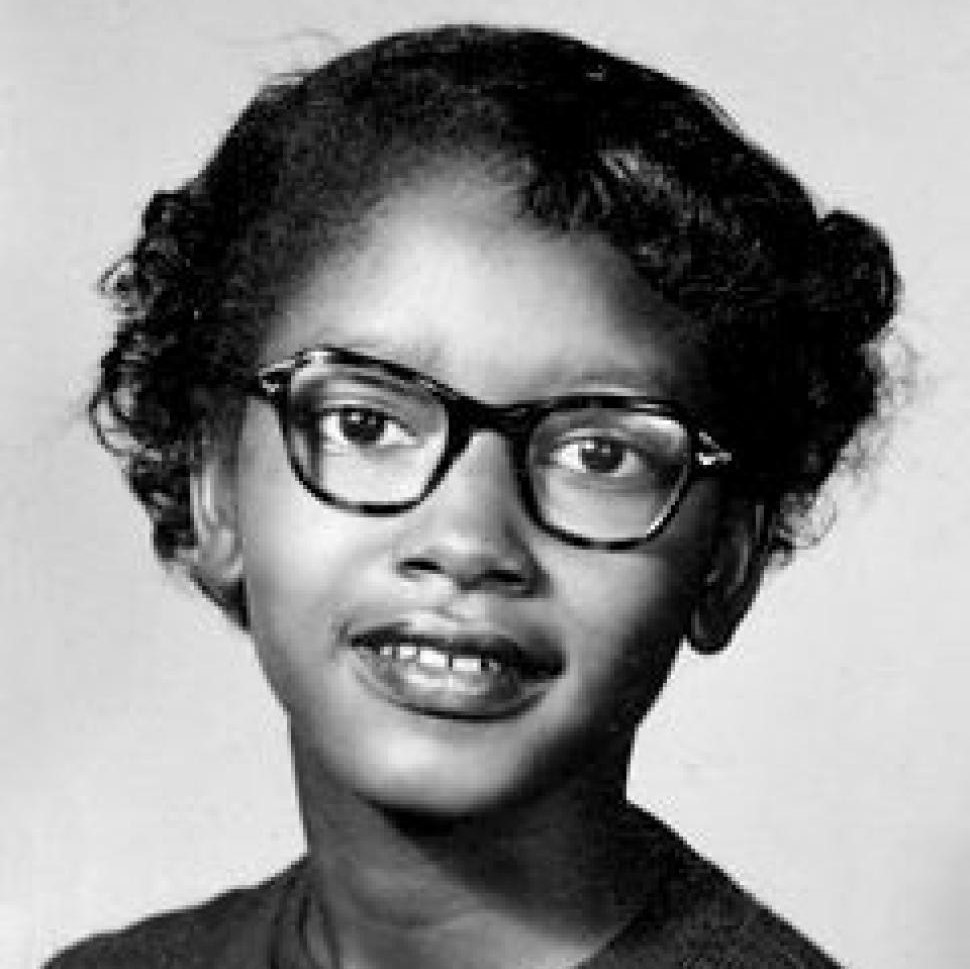 Every American child learns about Rosa Parks in school. On December 1, 1955, she, a black woman, was arrested for refusing to give her seat on a Montgomery, Alabama bus to a white man. Her arrest led to a boycott of the city’s public transportation that lasted 381 days and ignited the Civil Rights Movement of the 1950s and 1960s. Nine months earlier, Claudette Colvin was arrested for the exact same thing. She was just 15 years old. 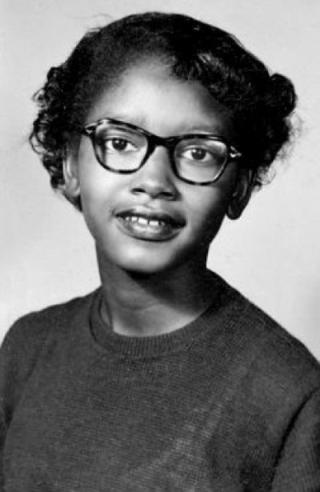 Growing Up in Jim Crow Montgomery

Colvin grew up in a poor black neighborhood in Montgomery, Alabama. She was well accustomed with the Jim Crow laws of the South. She says the first time she realized things were different for her was when she was a little girl and her mother took her to a department store. A white boy started staring at her and laughing because she looked different than him. She put her hands up to his to show him they both were really the same. Her mother slapped her for acting out and touching a white person. She picked up quickly that black people “had to be on their best behavior” while out in public because of Jim Crow. In school, she learned about inequalities black people in the South faced on a regular basis. She attended an all-black school, as Alabama did not actually desegregate its schools until years after the 1954 Brown v. Board Supreme Court decision. Her instructors took the time to teach their students about Jim Crow and about Black History, especially during February. February was the month during which Negro History Week (as it was then known) was celebrated around the country, but Colvin’s school celebrated Black History for the entire month, as we do now, because her teachers felt black people were absent from history books. Her personal heroes were Harriet Tubman and Sojourner Truth.

Boarding the Bus and Making a Decision

After school on March 2, 1955, Claudette Colvin walked to downtown Montgomery with three of her classmates. She and her friends were going to take the city bus home from school that day. When they boarded the bus, they sat behind the first five rows, which were reserved for white passengers. A young white woman boarded the bus after Colvin and her friends and found nowhere to sit because the white section was full. Bus drivers had the authority to make black passengers move for white passengers, even if they were sitting in the black section. The bus driver asked Colvin and her friends to get up, which her friends immediately did. She refused to move. On her mind were the lessons she had learned throughout her life, especially during Negro History Month at her school just days before. Though her friends’ seats (one next to Colvin and two across the aisle) were now vacant, the white woman refused to sit in them because, according to Jim Crow laws, black people could not sit next to next to white people. They had to sit behind white people to show their inferiority. When asked again, Colvin refused to get up. The bus driver alerted the traffic police, and three stops later, a traffic officer came onto the bus and asked her why she was sitting there and why she would not get up. She replied, “because it’s my constitutional right,” and told him she was not breaking the segregation law by sitting there. The traffic officer told the bus driver that the police needed to get involved. A stop or two later, two police officers came onto the bus and instructed Colvin to get up. She refused. She later said, “I could not move because history had me glued to the seat…Sojourner Truth’s hands were pushing me down on one shoulder and Harriet Tubman’s hands were pushing me down on another shoulder.” The police officers each grabbed one of her arms, kicked her, threw her books from her lap, and “manhandled” her off the bus. They shoved her in their police car, handcuffed her through the windows, and took her off to jail. She was the first person to be arrested for challenging Montgomery’s bus segregation laws.

On the way to jail, the police officers called her racist and sexist names, “took turns trying to guess [her] bra size…and cracked jokes about parts of [her] body.” When they got to the jail, other police officers joined in on the name calling. She was charged with breaking the segregation law, resisting arrest, and assaulting a police officer (one of them got scratched in the scuffle off the bus). They booked her as an adult and locked her in a cell without permitting her to make a phone call. She had no idea if anyone who could help her would find out where she was. The classmates that were on the bus with her called her mother and her minister, however, and told them what happened. Her minister paid her bail and she was released. This time her mother did not scold her, instead she only asked if she was okay. Colvin, her family, and her neighbors were all afraid of retaliation from the KKK. They stayed up all night keeping watch, her father with gun in hand in case they came. Luckily, they never did. When she went back to school after her arrest, she found that many parents told her classmates to stay away from her because she was crazy. As a result of the stand she took, she was made fun of by other teenagers. She was eventually found guilty on all three charges, but later had two of them dropped by a judge. The judge upheld the assaulting a police officer charge, knowing it meant she would have “a serious police record that could harm her future, but she could no longer appeal to challenge the Jim Crow regulations.” She remembers the words her revered said to her on the way home from jail – “I’m so proud of you. Everyone prays for freedom…But you’re different – you want your answer the next morning. And I think you just brought the revolution to Montgomery.” But the revolution would not actually occur until nine months later.

Colvin feels her contributions to the Civil Rights Movement have been largely forgotten. When asked why her arrest did not have the impact Parks’ did, she often sites five reasons. First, Colvin was a minor and Parks was an adult—Parks seemed more trustworthy as the face of a movement than a kid would have been. Second, Parks had lighter skin than Colvin—a feature more socially acceptable at the time. Third, Colvin was poor and Parks was more middle class—also more socially acceptable. Fourth, Parks was already well-known and respected in black political circles. Fifth, Colvin became pregnant (by a man ten years her senior) a few months after her arrest—black leaders did not believe it would be good for their movement if the face of it was an unwed teenage mother. Additionally, Colvin moved to New York shortly after her arrest and rarely mentioned it to others because people there, she says, were more interested in the growing Black Power Movement and Malcolm X than they were in the bus boycott and Martin Luther King, Jr.

Though her arrest has been completely overshadowed by the arrest of Rosa Parks, Parks’ arrest might not have been such a powerful action if it weren’t for Colvin. Prior to December, 1955, black leaders in Montgomery had been in talks with the bus company about a boycott if they did not desegregate. The bus company depended on black passengers to stay in business, so they knew a boycott would really hit them hard and have a large impact. As secretary of the Montgomery chapter of the NAACP, Parks was well aware of those talks, as well as other strategies they hoped to use to end the unequal treatment of blacks in Alabama and around the country. When Colvin refused to get off the bus in March 1955, they got to work developing a plan and preparing for the moment to thrust their cause into the national spotlight. If they did not have that preparation time, Parks’ arrest might not have gained much more than local attention. Dr. King might not have become the face of the boycott if he had not had that preparation time between the two arrests.

Though she does not get the notoriety Parks gets, Colvin’s contributions to the cause are still most definitely felt. A year after she was arrested, Colvin became one of four plaintiffs in a segregation case that reached the Supreme Court. Colvin testified in federal court in the Browder v. Gayle (Gayle was the Montgomery mayor) case and was the so-called star witness. Her testimony helped the court reach its verdict – that segregation on Montgomery buses was illegal.

"The Other Rosa Parks: Now 73, Claudette Colvin Was First to Refuse Giving Up Seat on Montgomery Bus." Democracy Now, March 29, 2013.