The Extraordinary Relevance of Girl's Schools

Educating the "Missing Million" and the First Female President 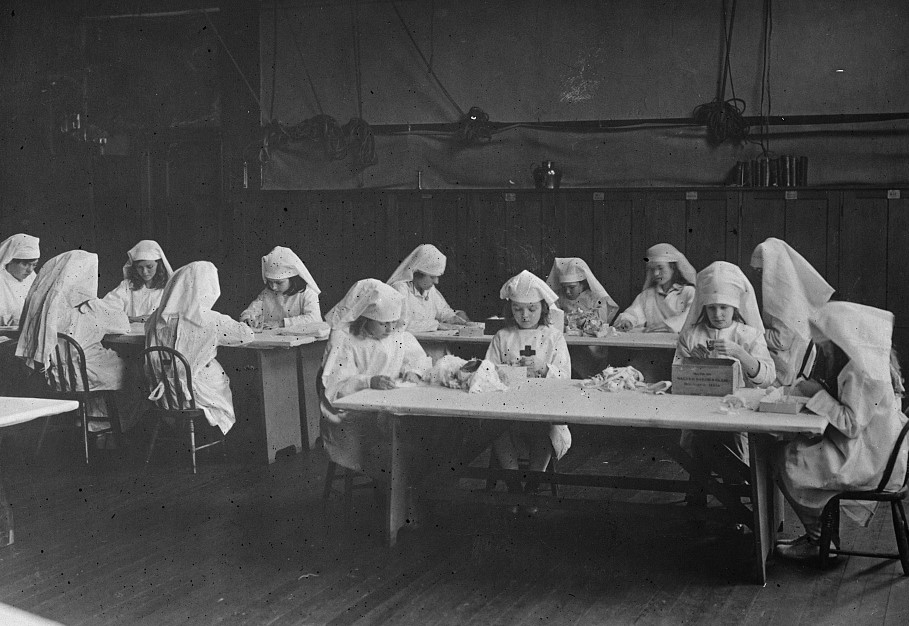 There has never been a better time to be female. —Terri McCullough, Director of No Ceilings: The Full Participation Project

I am a product of a girls’ school. The year I graduated, Saturday Night Fever had just come out. As a member of the yearbook staff, we were allowed to stay overnight in the school library to celebrate the yearbook’s completion. When we laid out the last photo and copy, we cranked the music and danced our hearts out to “Staying Alive.” The Head of School lived upstairs, and that night she joined us, not to quiet us down, but to dance with us. Surely, we were dancing to celebrate finishing a yearbook, but we were also dancing to celebrate ourselves. In the eleven years I spent at the school, my teachers knew me, encouraged me, saw promise in me, and urged me to see my potential. It was there I learned to write, to explore a text, to sculpt, to skip on a balance beam, to sing, to dissect, to explore, and to find my voice. It was there I discovered the extraordinary relevance of a girls’ school. That was over thirty years ago, and though the mission of educating girls has always been important, it has never been more relevant or more urgent. 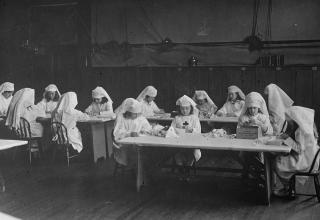 This past July, I attended the annual STEM Think Tank and Conference at Harpeth Hall in Nashville, where I heard Terri McCullough speak. As director of No Ceilings: The Full Participation Project, which tracks the progress of women and girls around the globe, Ms. McCullough shared sobering statistics that point to a global gender “imagination gap.” Namely, that women around the globe are less able to imagine what they can truly achieve, and this is particularly evident in the fields of engineering, technology, and science. Women have even lost ground in those fields since the 1980s. According to the National Science Board report, Science & Engineering Indicators 2016, “Women remain underrepresented in the workforce, with the greatest disparities occurring in engineering, computer science, and the physical sciences.” Per No Ceiling’s current estimates, there are “one million women” missing from science and engineering fields.

According to research outlined in the report Cracking the Gender Code, the problem “starts in the classroom…where too few girls are pursuing studies in computing and related subjects.” The report was produced jointly by the professional services company Accenture and Girls Who Code, an organization founded by 2015 NCGS Conference keynote speaker Reshma Saujani. Cracking the Gender Code includes data from the American Association of University Womennoting that in recent years, “only 20 % of Advanced Placement (AP) computer science exam takers in high school have been female, compared to 48 % for calculus, 59 % for biology, and 34 % for physics,” The future is even more grim as the report goes on to state, “if nothing is done to change current trends, young women will lose the race for the high-value, high-productivity jobs at the heart of the digital economy.” Further, noted is the economic impact of the gender gap: “The shortage of females in computing is a fundamental economic challenge in the U.S. economy and our long term global competitiveness.” Moreover, when I asked Charles Fadel, co-author of 21st Century Skills: Learning for Life in Our Times and a 2012 NCGS Conference keynote speaker, about the work needed to prepare girls for tech, he told me, “You better get on it!” Fortunately, in my work I have been able to see firsthand the impact girls’ schools are having on correcting this gender gap.

At the Harpeth Hall conference, I met three young women, all under age thirty, who had started their own tech companies. After their talk, I spoke to one who, while completing her undergraduate studies, created an app that “propagates generosity.” I asked her what students need to know as they enter the world beyond high school and college. She replied, “Girls need to have or develop an undying curiosity for and about the world out there.” She then smiled and said, “Honestly, it’s so that they can achieve what the world has not yet imagined.”

But the data is hard to ignore, and the statistics are just as concerning for women entering the political arena. Indeed, the funnel of female candidates going into politics is just as meager as it is for STEM sector jobs. The recent NCGS article, “Helping Girls Find Their Political Voice” shared statistics from IGNITE: women make up 51% of the U.S. population, but hold only 22% of the 500,000 elected offices. That’s only 12% of our nation’s governors, 18% of mayors, 19% of congress, and 24% of state legislators. In order to have equal representation at every level of government, we need 140,000 more women in office. And, as the world knows well, the United States has yet to elect a women to the highest office in our country’s 240-year history.

To compound the issue, girls’ schools today are faced with even greater competition from coed and for-profit institutions as we are continually asked to explain what makes our schools not only unique but also relevant. Yet, when looking at the research about girls’ school graduates’ attitudes toward STEM and politics, this relevance is irrefutable:

So how, armed with this data, can we measure the value proposition of girls’ schools? 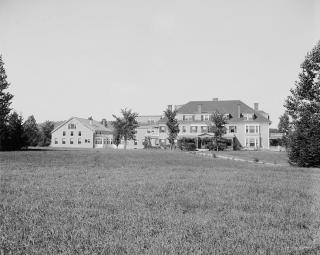 At Miss Hall’s School it comes down to mission. Founded in 1898, when young men were much more likely to have access to college preparatory education, Miss Mira Hall did something radical: she founded a school dedicated to ensuring girls would receive the same high-quality education as their male peers. Even when her school burned to the ground in 1923, she believed so strongly in her mission to educate girls that she raised the school from the ashes.

Those of us who work at girls’ schools live that mission every day. Through the Miss Hall’s core competencies of voice, vision, gumption, and interpersonal efficacy, we can frame conversations with students in ways that provide them with skills not only for their years at Miss Hall’s, but also to sustain them throughout their lives. Language about the core competencies is embedded both in admission and advancement materials, and more specifically, these principles guide all that we do—in syllabi, assessments, advising, grade level meetings, and graduation requirements. Using these principles to ground students in specific actions, we put language around the metrics of leadership and provide the critical tools toward empowerment.

Although in 1898 Mira Hall could not have imagined Hillary Clinton running for President of the United States, I am guessing she would agree with Clinton that “women are the largest untapped reservoir of talent in the world.” As Michelle Obama stated in her speech at the 2016 Democratic National Convention, her daughters “now live in a world where it is taken for granted that a woman could be President.” We did not see the first woman President elected this fall, but our mission has never been more important to ensure our students see this in their lifetime.

There are 161 million women and girls in the United States and 3.52 billion across the globe. Students at Miss Hall’s and girls’ schools around the world are part of this group, often dancing at morning meetings or assemblies to celebrate themselves and their potential to be agents of change in the world. Guided by our mission to educate future female leaders, we encourage girls to approach learning with courage, to invite them to become members of this missing million, to empower them to run for office, and to imagine and achieve what the world has never seen.

Elizabeth F. Cleary is the Dean of Academics and Faculty at Miss Hall's School.

As an artist and world traveler who never married or had children, Alma Woodsey Thomas circumvented society’s expectations for Black women born in the 19th century.
READ MORE
.