Boo! The History of Halloween 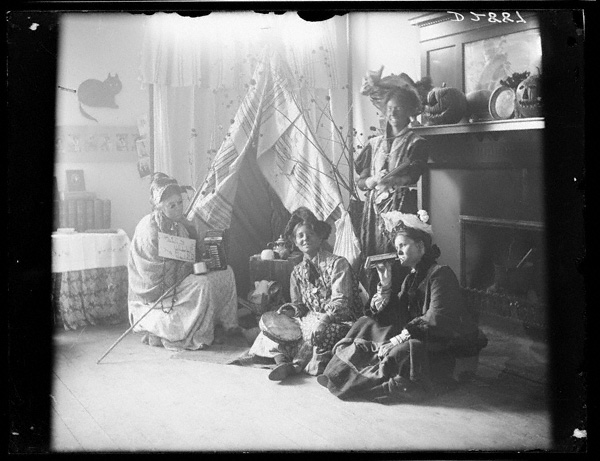 Halloween, a night of ghosts and goblins, costumes, candy, and witches with hot boiling cauldrons. For centuries, the 31st of October has captured the hearts and imaginations of playful and mischievous children and adults alike who relished in its spooks and merriment. 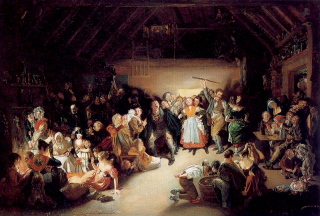 This painting was inspired by an 1832 Irish Halloween party.

Halloween's origins date back 2,000 years to a time when the ancient Celts of current day Ireland and northern France celebrated their new year called Samhain on November 1st. Samhain marked the end of summer and harvest and the beginning of a long and cold winter, a season associated with death and disease. It was believed that on October 31st, the day before Samhain, the line between the dead and the living became blurred. Ghosts could return to the earth and plague crops with disease. They also believed that the presence of these spirits made it easier for the Druids or Celtic priests to tell the future. On the night of October 31st, the ancient Celts would dress themselves with masks and costumes of animals and light bonfires in celebration. By the 9th century, Christianity had spread to the Celts and Pope Boniface IV renamed the celebrations All Hallows Eve eventually becoming Halloween.

Halloween in the United States 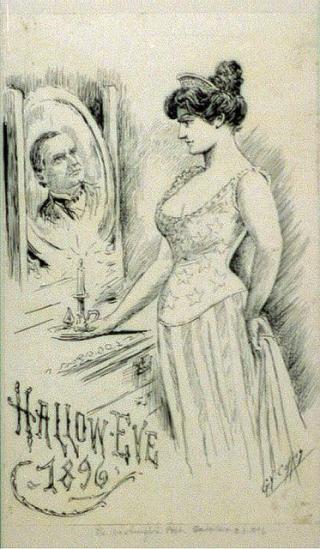 In 1919, Ruth Edna Kelly wrote the first book-length history of the holiday called The Book of Halloween. Her book provided the first historical record of the history of Halloween in America. At the turn of the 20th century Europeans flocked to America, including a large Irish population. With them they brought diverse Halloween traditions. In her book Kelly wrote while the original customs of Halloween were being forgotten more and more in Europe, Americans were fostering them.

Some of these traditions she wrote about included mirror games played by young girls on Halloween night to learn who their husbands would be. A girl who sits before a mirror at midnight on Halloween combing her hair and eating an apple will see the face of her true love reflected in the glass. She recites, “round and round, oh star so fair, you travel and search out everywhere. I pray you sweet stars now show to me this night who my future husband shall be.” In another mirror game a girl would stand so she could see the moon through a glass she held. She would then count the number of reflections to find out how many pleasant things would happen to her over the next year. 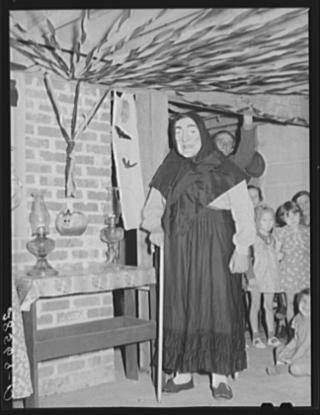 Winner of masquerade at a 1939 Halloween party.

Halloween parties in the early 19th century were all the rage and closely relate to the ancient celebrations. Women would prepare food and decorations for festivities. Guests were not allowed to divulge the fact that they were invited and often came masked as ghosts or witches. For decorations women would carve a hollowed pumpkin and fill it with apples, nuts, and other fruits. Children would also dress up in costumes and go from door to door to ask for fruits and nuts. A tradition that eventually evolved into modern trick-or-treating. So, on October 31st of this year when you partake in these activities remember these traditions. Happy Halloween! 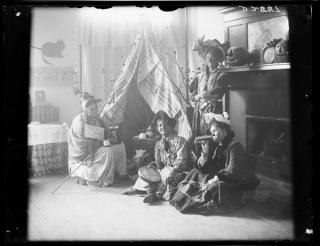