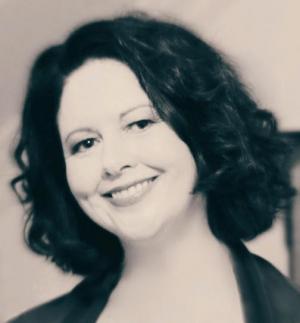 Karen Staser founded the National Women's History Museum in 1995 with a White Paper written to give voice to both the empowerment and dismay she felt after 13 years of self-directed research on women's history followed by the surprise of realizing that this history was largely "missing" from this nation’s Capital, including the Smithsonian Institution.

Karen's research, coupled with real world experience as a daughter, wife, mother of two daughters, organizational psychologist and entrepreneur, inspired her to establish the museum. She garnered Congressional support, recruited the first Board, conducted the nonprofit incorporation process and chose the formidable task of restoring the historic Women's Suffrage Statue to the US Capitol Rotunda as the museum's first project. The Statue was successfully restored on Mother's Day in 1997.

Major General Bruce Staser, Karen's father-in-law, contributed to her motivation to study women's history when he challenged her early on, in 1982, to name five women of historical note who weren't famous because of their husbands. She couldn't, even armed with a graduate degree. She had not yet realized that almost nowhere in the world would she have been exposed to such knowledge via mainstream education or culture.

During the NWHM start-up years, from 1995 through the end of 2000, Karen served as the first Chair and President, carrying the bulk of organizational responsibility alone, as the only full-time person, and without compensation. It was a labor of love she willingly took on to ensure the sustainability of the museum.

In those years not only did NWHM oversee and pay for the restoration of the Women's Suffrage Statue to the Capitol Rotunda, commemorating 72 years of formal work by suffragists, the museum also planned and paid for an historic rededication ceremony attended by thousands. In addition the museum launched one of the world's first "cyber-museums," a newsletter called A Different Point of View, a travelling exhibit on women's suffrage that debuted at the World Trade Center, a bipartisan Honorary Congressional Advisory Council, a Scholar's Council, NWHM Councils in NYC, Los Angeles, Phoenix and New Jersey, and testified before Congress, among many other activities.

She conducted strategic management planning for the San Francisco District US Corps of Engineers, headed the International Agreements Branch for the US Army in Stuttgart, Germany, created an award-winning child development center and was a nonprofit consultant.

When not engaged in intellectual pursuits on a wide range of topics, Karen enjoys playing the piano, gardening and spending time with her wonderful family. Her first daughter was born in San Francisco, CA, and her second in Anchorage, AK.