Standing Up for Change 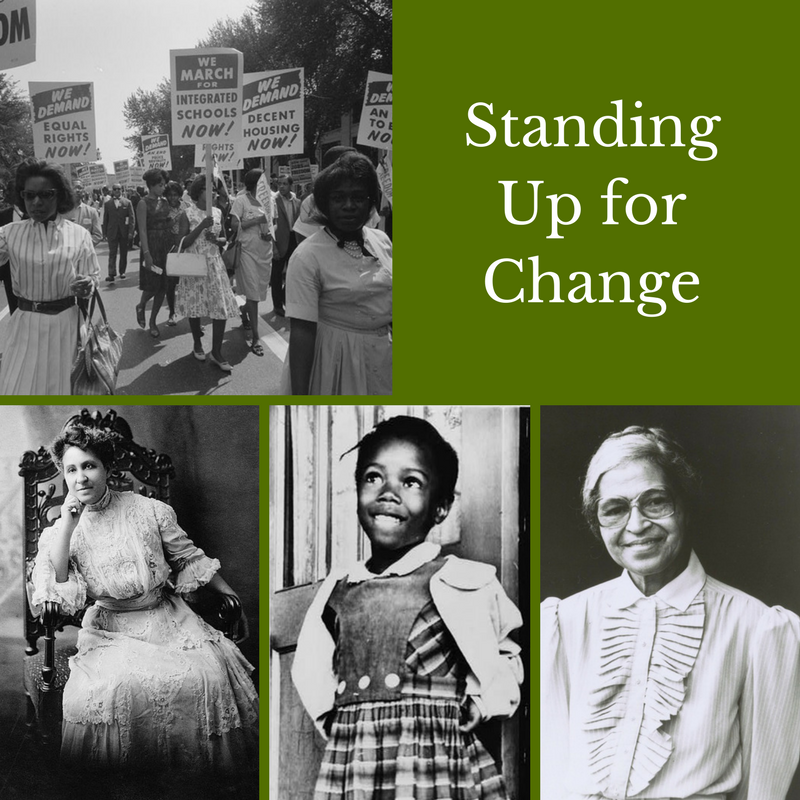 Standing Up For Change Poster 24x36

As far back as the 19th century, African American women fought for rights. They resisted slavery and spoke out against racism. They established women’s clubs to improve conditions for African Americans. They worked in politics and journalism, organized black labor, and supported education. In the 20th century, they formed the backbone of the modern Civil Rights Movement. African American women were the critical mass, the grassroots leaders challenging America to embrace justice and equality for all.