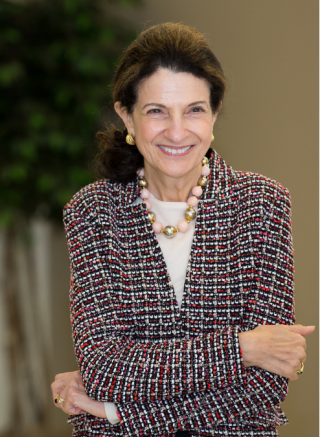 In 2014, Olympia founded the Olympia Snowe Women’s Leadership Institute, a 501(c)(3) nonprofit organization dedicated to raising the confidence and aspirations of high school girls by helping them develop the skills required to be leaders in their lives, families, careers, and communities. In the few short years since its inception, the Institute’s three-year “My Values” (sophomore year), “My Voice” (junior year), and “My Vision” (senior year) program has grown rapidly, demonstrating significant impact on the lives of young women from across Olympia’s home state of Maine. Today, the charity that bears her name serves 465 students at 36 public high schools, pairing them with more than 200 trained advisors. Olympia currently serves as a member of the Institute’s Board and is the Honorary Chair.

Before her election to the Senate, Olympia represented Maine’s Second Congressional District in the U.S. House of Representatives for sixteen years.  She was the first woman in American history to serve in both houses of a state legislature and both houses of Congress. When first elected, in 1978 at the age of 31, Olympia was the youngest Republican woman, and the first Greek-American woman, ever elected to Congress. She has won more federal elections in Maine than any other person since World War II, and is the third longest serving woman in the history of the Congress. While in the House, she co-chaired the Congressional Caucus on Women’s issues for ten years.

Born on February 21, 1947, and orphaned at 9 years old, she attended St. Basil Academy, a Greek Orthodox school in Garrison, New York, and graduated from Edward Little High School in Auburn, Maine. She earned a degree in political science from the University of Maine in 1969 and has received honorary doctorate degrees from Bowdoin College, Bates College, Colby College, University of Maine, University of Delaware, Northeastern University, University of Pennsylvania, and the University of New Hampshire School of Law. Her book FIGHTING FOR COMMON GROUND: How to Fix the Stalemate in Congress was published in May 2013.