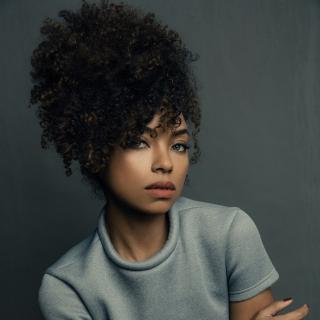 Logan Browning is a Georgia native who began her professional acting career at 14-years-old. She is currently working on her fourth season as Samantha White in the Netflix Original Series Dear White People, for which she received two individual NAACP Image Awards nominations for Outstanding Actress in a Comedy Series. She also stars opposite Allison Williams in Netflix’s psychological thriller, The Perfection.

Logan uses her platform as an activist and advocate to discuss discrepancies in the representation and rights of People of Color, women, voters, and sustainability. She has written relevant opinion pieces for LaLa Magazine & Bustle, and has given keynote addresses at The University of North Carolina at Chapel Hill, Georgetown University, Her Campus Conference, and City Year’s Corps members commencement.