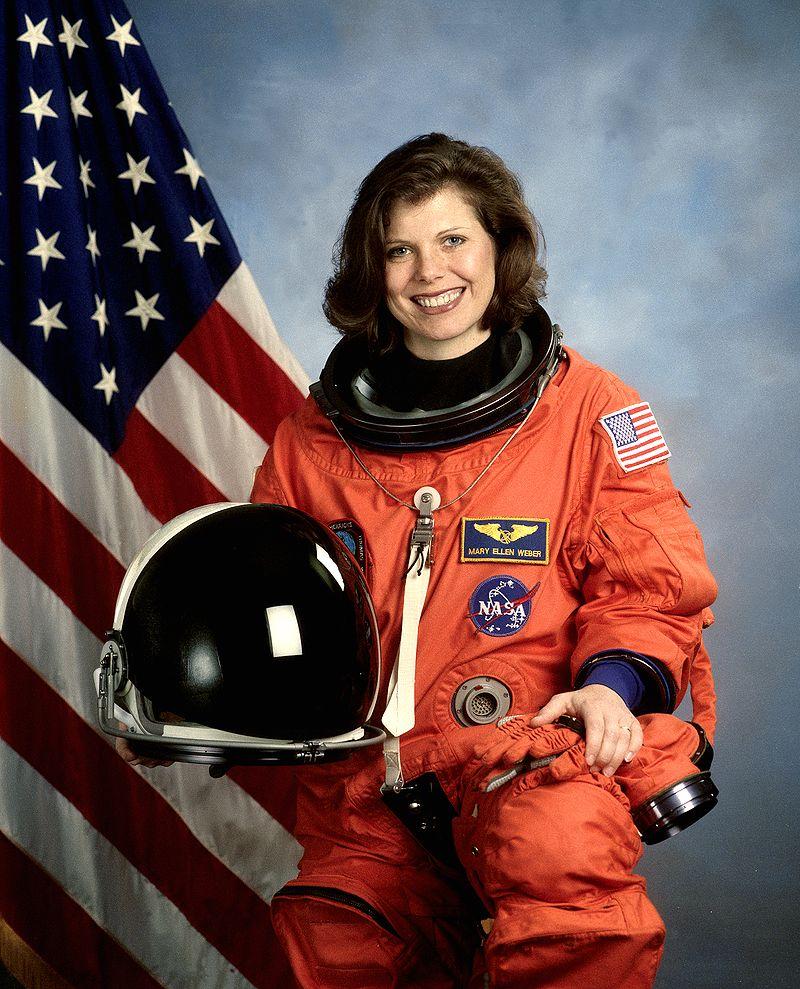 Dr. Mary Ellen Weber was selected by NASA in the 14th group of astronauts in 1992.  She served on two shuttle missions.  The first was Discovery in July 1995 when she helped deliver a communications satellite to orbit and was responsible for checking the systems and sending it into its 22,000 mile orbit above the equator.  She performed biotechnology experiments, growing colon cancer tissues never possible before and later became a leading a leading spokesperson in the field.  She also flew on Atlantis, the third shuttle mission devoted to International Space Station construction.  Dr. Weber was responsible for flying the 60-foot robotic arm to maneuver a spacewalk crew member along the station’s surface and directing the transfer of more than 3,000 pounds of equipment. Dr. Weber graduated from Purdue University, where she was a Phi Mu.