Coverture: The Word You Probably Don't Know But Should 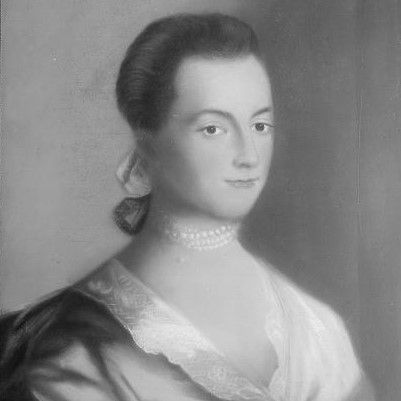 My mother-in-law loves this story. A few years ago, my husband, Andrew, and I went to apply for a mortgage. As a candidate for a house mortgage—and this is the part my mother-in-law loves—I characterize myself as “greater” than my husband. I am older, I have a longer work history, I am more senior in our common profession (we are both professors), I also make more money. I’ve got a longer credit history than he and have owned more houses. Finally (though this is a matter of dispute), I am even a teeny bit taller.

But the only qualification that mattered in this transaction was my status as “wife.” When our broker filled out our application, she listed Andrew first, as the “borrower” and me second, as “co-borrower.” (Did I mention that my last name starts with “A” and his with “J”?). When I pointed this out, our broker, a woman of a certain age with long experience in her profession, sympathized, but stated that if she had made me the primary borrower, the lawyers would “fuss” at her and just revert to the traditional categories. “Honey,” she told me, a professor of women’s history, “it’s a man’s world.”

Point taken. What I had just encountered was a vestige of the legal practice of coverture. This is a term most Americans don’t know but it has been a goal of mine to ensure that all literate, well-educated Americans be as familiar with the idea of coverture as they are with other historical terms such as “liberty,” “democracy,” and “equal rights.”

Coverture is a long-standing legal practice that is part of our colonial heritage. Though Spanish and French versions of coverture existed in the new world, United States coverture is based in English law. Coverture held that no female person had a legal identity. At birth, a female baby was covered by her father’s identity, and then, when she married, by her husband’s. The husband and wife became one–and that one was the husband. As a symbol of this subsuming of identity, women took the last names of their husbands. They were “feme coverts,” covered women. Because they did not legally exist, married women could not make contracts or be sued, so they could not own or work in businesses. Married women owned nothing, not even the clothes on their backs. They had no rights to their children, so that if a wife divorced or left a husband, she would not see her children again.

Married women had no rights to their bodies. That meant that not only would a husband have a claim to any wages generated by his wife’s labor or to the fruits of her body (her children), but he also had an absolute right to sexual access. Within marriage, a wife’s consent was implied, so under the law, all sex-related activity, including rape, was legitimate. His total mastery of this fellow human being stopped short, but just short, of death. Of course, a man wasn’t allowed to beat his wife to death, but he could beat her.

Now, the law doesn’t always reflect real life, and in truth, practice ensured that coverture on the ground was not as restrictive as the black-letter law indicated. Though a woman could own nothing, men who wanted to pass on their wealth through their daughters to grandchildren, devised ways to keep money and property out of the hands of sons-in-law. The demands of commerce also played their own parts. Though a woman could not make a contract, plenty of women did business and trade, either on their own, in a legal exception called “feme sole,” or for absent husbands. Wives often ran businesses alongside their mates, with the local community acting as monitors and enforcers. Finally, we must assume that though husbands had the right to marital relations at will, that there was a great deal of negotiation around sex. 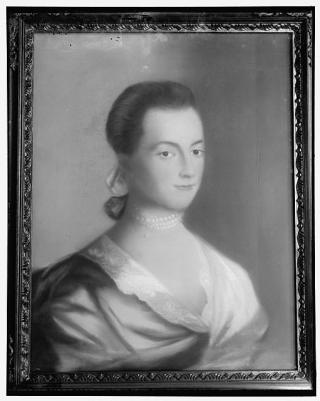 Coverture was what Abigail Adams was talking about in her famous “Remember the Ladies” letter to John, written in the spring of 1776 as he and the Continental Congress were contemplating what an independent America would look like. Contrary to popular assumptions, she was not asking John for the vote or for what we would understand to be “equal rights.” Rather, when she advised: “Do not put such unlimited power into the hands of the Husbands. Remember all Men would be tyrants if they could,” Abigail was talking about the absolute power husbands held in coverture. Abigail even obliquely referred to the shame of physical abuse when she proposed: “Why then, not put it out of the power of the vicious and the Lawless to use us with cruelty and indignity with impunity (?)”

John’s reply dismissed her plea as a joke—he called it “saucy”—but in later correspondence with other lawmakers, he worried about the issue. If the American colonists had a right to rebel against their “virtual representation” in Parliament, why should women be virtually represented by men? But the issue was too thorny for the men of the time and so, even as they created a shiny new machine of government, with a Constitution and modern systems of law on both the federal and state levels, they allowed the creaky, pre-modern device of coverture to remain on the books.

So what happened to coverture? The short answer is that it has been eroded bit by bit. But it has never been fully abolished. The ghost of coverture has always haunted women’s lives and continues to do so. Coverture is why women weren’t regularly allowed on juries until the 1960s, and marital rape wasn’t a crime until the 1980s. Today’s women encounter coverture during real estate transactions, as I did, in tax matters, and in a myriad of other situations around employment and housing. Encounters with coverture can be serious, but often they are just puzzling annoyances, one more hoop to jump. Still, the remnants of coverture are holding us back in unsuspected ways.

Only a few historians and attorneys have understood the impact. What to do? Well, it took a constitutional amendment to abolish slavery and may well take such to free women from this vestige of the past. Educating the public about the meaning and impact of coverture will be a foundational role for the National Women’s History Museum. And that’s just for starters. 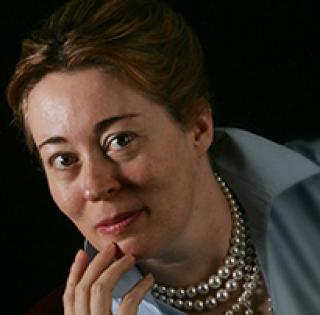 Catherine Allgor is the Nadine and Robert Skotheim Director of Education at The Huntington Library, Art Collections, and Botanical Gardens in San Marino, CA, and is a Professor of History and UC Presidential Chair at the University of California, Riverside. She attended Mount Holyoke College as a Frances Perkins Scholar and received her Ph.D. with distinction from Yale University, where she also won the Yale Teaching Award.

For more information, a great book that gives the history of coverture and American women’s citizenship is: Kerber, Linda K. No Constitutional Right to Be Ladies: Women and the Obligations of Citizenship. New York: Hill and Wang, 1999.