Women In Military Service For America Memorial Foundation, Inc., President of the Board of Directors 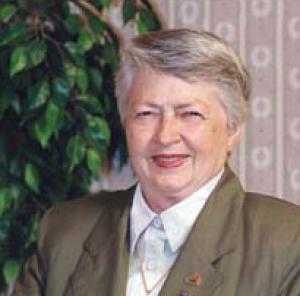 General Wilma Vaught is one of the most decorated military women in U.S. history. During her military career, General Vaught held various positions in the comptroller field all over the world, from Spain to Vietnam to Dayton, Ohio. She was Deputy Chief of Staff in Maryland. Her last military assignment was as Commander of the U.S. Military Entrance Processing Command, North Chicago, Illinois.

She served as Chairperson of the NATO women in the Allied Forces Committee from 1983 to 1985 and was the senior woman military representative to the Defense Advisory Committee on Women in the Services from 1982 to 1985.

Due to General Vaught's efforts, the nation's first major national memorial to honor women who served in our nation's armed forces during all eras and in all services was opened at Arlington Cemetery. General Vaught is the President of the Board of Directors of the Women in Military Service for America Memorial Foundation.

General Vaught earned a Bachelor of Science degree from the University of Illinois, Champaign-Urbana from which she received the Distinguished Alumni Achievement Award in 1983. She also holds a MBA degree from the University of Alabama, Tuscaloosa, and an Honorary Doctorate of Public Affairs from Columbia College, SC. She received the Woman Who Made A Difference Award in 1985, the Margaret Cochran Corbin Award in 2000, and was inducted into the National Women's Hall of Fame in 2000.