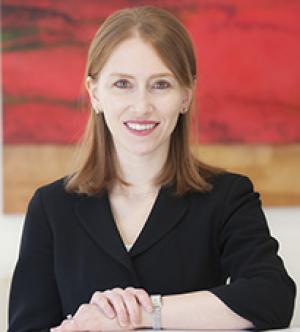 Rachel Vogelstein is the Senior Advisor to the White House Gender Policy Council. Vogelstein previously served as the Douglas Dillon senior fellow and director of the Women and Foreign Policy program at the Council on Foreign Relations (CFR) in Washington, DC, and a professor of gender and U.S. foreign policy at Georgetown Law School. At CFR, Vogelstein's research focused on the relationship between women's advancement and prosperity, stability, and security. She is the author of Ending Child Marriage (2013), Women's Participation in Conflict Prevention and Resolution (2016), Building Inclusive Economies (2017), and Countering Sexual Violence in Armed Conflict (2018).

From 2017 to 2018, Vogelstein was a visiting fellow with the Center for Global Legal Challenges at Yale Law School, where she taught a seminar on women’s issues in U.S. foreign and national security policy.

From 2015 to 2016, Vogelstein served as senior advisor on women's issues for the Hillary for America campaign, developing domestic and global policy and leading a coalition of over 200 women's leaders and organizations. She also served as an advisor to the Clinton-Kaine transition team. From 2009 to 2012, Vogelstein was director of policy and senior advisor in the Office of Global Women's Issues within the Office of the Secretary of State at the U.S. Department of State. In this capacity, she advised Secretary Hillary Rodham Clinton on a range of foreign policy issues related to the advancement of women, and represented the U.S. Department of State as a member of the White House Council on Women and Girls. Following her tenure in government, from 2013 to 2015, Vogelstein served as the director of Women's and Girls' Programs in the Office of Hillary Rodham Clinton at the Clinton Foundation, where she oversaw the development of the No Ceilings initiative and provided guidance on domestic and global women’s issues.

Vogelstein is an attorney by training with expertise on gender equality. Prior to joining the State Department, she was senior counsel at the National Women's Law Center in Washington, DC, where she specialized in women's health and reproductive rights. In 2004, she was awarded an Equal Justice Works Fellowship to work on women's health policy. She also served as assistant counsel to then-Senator Clinton's first presidential campaign and on the staff of her 2000 U.S. Senate campaign. She has lectured widely on the rights of women and girls, including at the U.S. Congressional Women's Caucus, U.S. Department of State, U.S. Foreign Service Institute, the World Bank, the Brookings Institution, the Center for Strategic and International Studies, Harvard Law School, Stanford Law School, and Yale University.