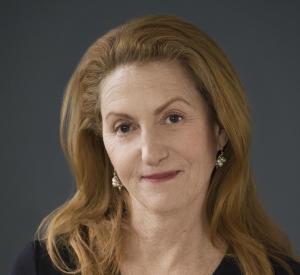 Holly Hotchner was the president and CEO of the National Women’s History Museum from 2019 through March 2022. With extensive experience in building museums—structurally and programmatically—Hotchner brought a wealth of leadership and knowledge to the National Women’s History Museum as it entered an exciting next chapter: a physical presence in D.C. that complements its long history of virtual programming.

Hotchner’s career has centered on institutional advancement and creating new and engaging experiences for museum visitors. For 17 years, she served as the director of the American Craft Museum, a niche museum in New York reimagined under her leadership. She subsequently became the founding director of the Museum of Arts and Design—a new kind of interdisciplinary museum adhering to the values of craftsmanship—and expanded the mission to include creativity across traditional boundaries. In translating that vision, she grew both the collection and the institution itself, leading the museum through site and architect selection and expanding its small base to millions of visitors. Under her leadership, Hotchner developed the Board, enhanced staff, and raised $120 million from an initial modest donor base, all of which has left a lasting impact on the field of contemporary design, decorative arts, and craft.

Hotchner also served as the first museum director at the New-York Historical Society, considered one of America’s oldest museums. She built a staff, raised millions of dollars for the care of the collections and exhibitions, and took the museum through the American Alliance of Museums’ accreditation process. Her team established a premier education department, the Luce Center for the Study of American Material Culture, and made collections accessible through innovative interpretation, helping the New-York Historical Society take its place as a world-class museum of history and culture. Hotchner has also held positions at the Metropolitan Museum of Art, The Tate Gallery, and the Museum of Modern Art in New York.

In addition to her leadership as a museum director, Hotchner led her own consulting firm and worked with nonprofits on strategic growth. She worked with organizations including The Princess Grace Foundation, The Society of Illustrators, Arts for Healing, and the Morikami Japanese Museum and Gardens.

Hotchner holds a M.A. in art history from The Institute of Fine Arts and a certificate of conservation; a B.A. in art history and studio art from Trinity College; completed Harvard University Business School’s Non-Profit Education Program; and attended the Museum Management Institute.

With years of experience as a board member and volunteer leader in non-profit organizations, Hotchner believes in the power of transforming lives through material culture and history. She serves on the Board of Directors of The National Academy of Design; the New York Landmarks Conservancy; the Bard Graduate Center for Decorative Arts, Material Culture and Design; and the Fairfield Alliance for the Arts.