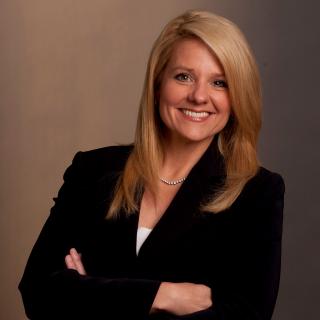 As President and COO of SpaceX, Gwynne Shotwell is responsible for day-to-day operations and for managing all customer and strategic relations to support company growth. She joined SpaceX in 2002 as Vice President of Business Development and built the Falcon vehicle family manifest to more than 70 launches, representing more than $10 billion in business. Shotwell is a member of the SpaceX Board of Directors.

Prior to joining SpaceX, Shotwell spent more than 10 years at the Aerospace Corporation. There she held positions in Space Systems Engineering & Technology as well as Project Management. She was promoted to the role of Chief Engineer of an MLV-class satellite program, managed a landmark study for the Federal Aviation Administration on commercial space transportation, and completed an extensive analysis of space policy for NASA’s future investment in space transportation. Shotwell was subsequently recruited to be Director of Microcosm’s Space Systems Division, where she served on the executive committee and directed corporate business development.

In 2014, Shotwell was appointed to the United States Export Import Bank's Advisory Committee and the Federal Aviation Administration’s Management Advisory Council. Shotwell has been awarded the World Technology Award for Individual Achievement in Space, has been inducted into the Women In Technology International Hall of Fame and was elected to the honorable grade of Fellow with the American Institute of Aeronautics and Astronautics.

SpaceX supports science, technology, engineering and math (STEM) programs locally near its offices as well as national engineering programs and competitions. Through leadership in both corporate and external programs, Shotwell has helped raise over $1.4 million for STEM education programs reaching thousands of students nationwide.

Shotwell received, with honors, her bachelor’s and master’s degrees from Northwestern University in Mechanical Engineering and Applied Mathematics, and currently serves on the Advisory Council for Northwestern’s McCormick School of Engineering. She has authored dozens of papers on a variety of space related subjects.