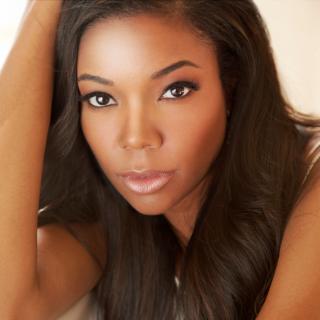 One of today’s hottest stars, Gabrielle Union, continues to shine.

Union recently starred in James McTeigue’s box office hit Breaking In, which was released on May 11th by Universal Pictures. The movie was available in just over 2,500 theaters and made over $17 million during its opening weekend alone. In addition to starring in the film, Union also served as an executive producer. It is for her work as a producer on the film that she was honored at the 2018 CinemaCon Big Screen Achievement Awards with the Award for “Breakthrough Producer of the Year.”

Up next, Union will begin production on Charter Communications’ drama series “LA’s Finest” in which she will reprise her role of Syd Burnett from Bad Boys 2. Charter Communications gave a 13-episode series order to the show in which Union will executive produce and star opposite Jessica Alba. The show is set to premiere in 2019 exclusively on Charter’s Spectrum as the platform’s first major original series.

Union can also be seen in the BET series “Being Mary Jane,” which was created by Mara Brock Akil. Union plays ‘Mary Jane Paul’ a successful talk show host. The 90-minute pilot debuted in summer of 2013 as the highest-rated show on cable for the evening pulling in 4 million viewers. Union earned rave reviews for her performance as ‘Mary Jane.’ Nuzhat Naoreen of Entertainment Weekly stated, “The pilot is funny, fresh, and affecting. Much of the credit goes to Union, who manages to capture her character's single gal despondency without making her appear weak or needy.” Megan Angelo of Glamour magazine also stated, “I can't remember the last time I watched a show and was so utterly hooked on a heroine. I think that's partially due to room-to-breathe extended episode, partially due to Union's authentic, balls-out performance, and partially due to the fact that the character is so damn likable for so many reasons.” Union received a 2014 NAACP Image Award for “Outstanding Actress in a Television Movie, Mini-Series or Dramatic Special” for her role in “Being Mary Jane.” The series will conclude with a two-hour series finale in the spring of next year.

In 2016, Union added the title of New York Times bestselling author to her resume with the release of her book We’re Going To Need More Wine: Stories That Are Funny, Complicated and True. Released by Dey Street Books, the book is formatted in a series of essays and features personal stories and reflections on a range of topics that continue to define the contemporary landscape: sexuality, womanhood, friendship, race, marriage and beauty. The book is set for a paperback release on January 15, 2019.

Union also recently wrapped production on the ensemble dramedy The Public opposite Alec Baldwin, Taylor Schilling, Jena Malone, Emilion Estevez and Che “Rhymefest” Smith. Written and directed by Estevez, the film centers around a standoff with police and library officials when library patrons—many of whom are homeless and mentally ill—stage a sit-in, turning the Cincinnati Public Library into an impromptu homeless shelter for one night during a cold snap. Union will play an ambitious television news reporter who uses the event as a way to bolster ratings for the network as well as her own personal profile. The film recently premiered at the Santa Barbara Film Festival.

Union made her production debut by executive producing the Lifetime movie, With This Ring, a romantic comedy based on the bestseller The Vow by Denene Millner. She also executive produced Almost Christmas with Will Packer for Universal Pictures. With the recent announcement of her production company, I’ll Have Another, Union will enter the television space with a two-year first look deal to develop broadcast, cable and digital projects for Sony TV.

Previous film credits include Baran bo Odar’s Sleepless alongside Michelle Monagham; Dermot Mulroney and Jamie Foxx and Will Packer’s Almost Christmas; Disney’s animated TV movie “The Lion Guard”; Paramount’s Top Five; Screem Gems hits Think Like a Man and Think Like a Man Too; Lionsgate’s Good Deeds; Film Science’s In Our Nature;  critically acclaimed Cadillac Records; The Perfect Holiday; Tyler Perry’s Daddy’s Little Girls; Ryan Murphy's Running With Scissors; the blockbuster hit Bad Boys II; Breakin’ All the Rules; Deliver Us From Eva; Universal’s cult hit Bring It On; Welcome to Collinwood; Abandoned; Two Can Play That Game; Love & Basketball; Cradle to the Grave; Ten Things I Hate About You; The Brothers; Neo Ned; The Honeymooners; Meet Dave; and She’s All That. Union was can also be seen in PBS’ four hour television documentary series “Half the Sky,” based on the best-selling book by Pulitzer Prize winners Nicholas Kristof and Sheryl WuDunn, Half the Sky: Turning Oppression into Opportunity for Women Worldwide.

On the small screen, Union made her debut in UPN’s hit comedy “Moesha,” and then went on to guest-star on such hit shows as “ER,” “Dave’s World” and “The Steve Harvey Show.”  Shortly thereafter, she had a recurring role on two WB hit shows, “Sister, Sister” and “7th Heaven.”  Union stirred things up when she guest starred as a love interest to both ‘Joey’ (Matt LeBlanc) and ‘Ross’ (David Schwimmer) on “Friends.” With this role, Union marked the first African-American love interest on the series. She also joined the cast of Steven Bochco’s “City of Angels” for one season. Union was seen on ABC’s “Flash Forward,” NBC’s “Life” and ABC’s “Ugly Betty.” In addition, she starred in ABC’s critically acclaimed series “Night Stalker” opposite Stuart Townsend and was also seen in HBO’s award-winning “Something the Lord Made,” opposite Alan Rickman, Kyra Sedgwick and Mos Def.

In the branding sphere, she recently launched her Flawless hair care line, which is sold exclusively through Ulta Beauty. A partnership with Macadamia Natural Oil, the line contains 10 products including several different shampoos and conditioners, a hair masque, blow dry cream, hair protection spray, shine spray, an oil treatment and edge control gel. For Union, the line is more than just bringing her beauty picks to the masses. She also wants to give more options to women with natural hair who are underrepresented in the market.

She was also recently named the face of NY&Co’s 7th Avenue collection and her own exclusive namesake collection for the brand is also currently available for purchase.  The 7th Avenue Design Studio collection was largely inspired by Union’s character Mary Jane Paul from “Being Mary Jane.”

Union’s passion for acting is rivaled by her championing of causes near and dear to her heart such as breast health and combating sexual violence.

Native of Nebraska, Union currently splits her time between Miami and Los Angeles with her family.