Recognizing Valor with the Medal of Honor

Mary Elizabeth Walker, an 1855 graduate of Syracuse Medical College, was among nation’s few female medical doctors at the beginning of the Civil War. She recognized that the Army needed medical personnel and vigorously pursued a US Army commission. Though denied a commission, she volunteered in hospitals in Washington, DC and Virginia. Walker finally secured a contract position with the Ohio 52nd Infantry in 1863. Confederates captured Walker and made her a prisoner of war. Following her release in a prisoner exchange, Walker secured a contract position as an Acting Assistant Surgeon directly with the US Army where she was assigned to supervise female prisoners of war and an orphanage. Walker retired from military service at the war’s conclusion. She was awarded the Medal of Honor in recognition of her extraordinary service to her country. Dr. Walker remains the only woman in history to receive the Congressional Medal of Honor. 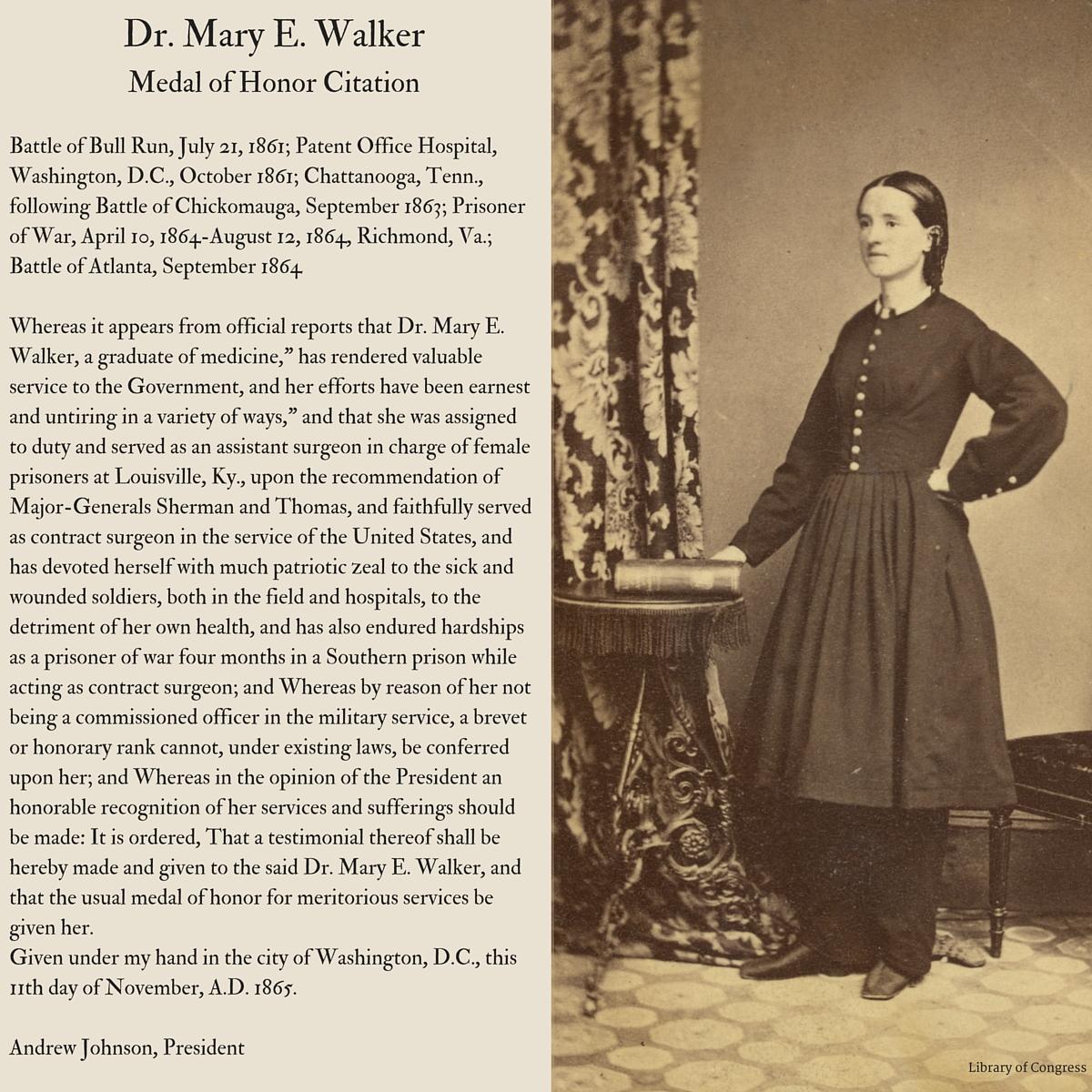 Unlike the other women’s auxiliaries, WACs served in all theatres of the war, dispelling the notion that women were unfit for combat conditions.
READ MORE
Exhibit

From its early iteration as a lifesaving organization the Coast Guard saw many women serve as rescue boat operators for stranded sailors and keepers of lighthouse lamps.
READ MORE
Biography

In a 1912 New York Times article, Mabel Ping-Hua Lee was regarded as “the symbol of the new era, when all women will be free and unhampered.”
READ MORE
.